Horse Racing
News
The Grand National winning jockey will be joining us ahead of each weekend for the jumps season
Ryan Mania
14:10, 19 Nov 2021

Grand National winning jockey Ryan Mania will be joining us ahead of each weekend for the jumps season to discuss his rides and reflect on his big mounts throughout the campaign.

Last Saturday, he was on cloud nine as Midnight Shadow delivered in style to win the Paddy Power Gold Cup at Cheltenham while he was in double winning form at Hexham in midweek.

In a new weekly blog for the Sportsman, the Scottish pilot discusses what’s next for Midnight Shadow and another nice type who could be in for a lucrative campaign.

MIDNIGHT EMERGES FROM THE SHADOWS

Midnight Shadow. Wow. It was an unbelievable day.

He has always threatened to be a good horse and he won the Dipper at Cheltenham when Champ fell at the last. So that was a good win but that was his first proper race that he has won.

Last season didn’t quite go his way. He was second to Chatham Street Lad at Cheltenham but nothing went right after that. He had his niggles and problems, so it was a great training performance to get him right.

He ran a cracker behind Allmankind at Aintree and he has just run an unbelievable race at the weekend despite idling in front. He was just outstanding and is the best horse I have ridden in my career so far. 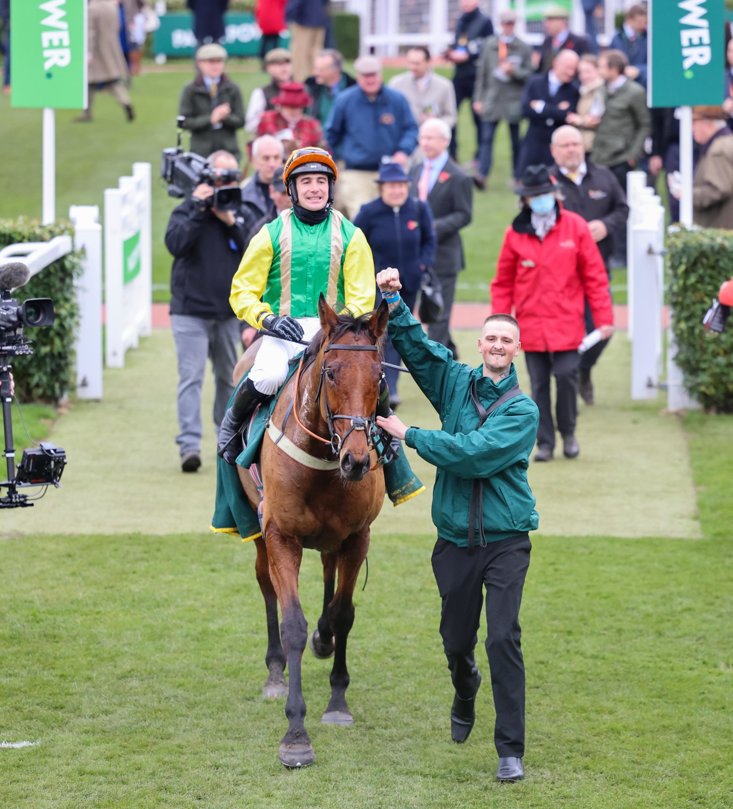 Midnight Shadow has been put up 7lb to a mark of 154 and the plan was always to go to the King George. It’s a funny place to go and find out if you stay three miles but we have a horse good enough to try so why not? Although now the dust has settled, the question has been asked if we go back to Cheltenham for the Caspian Caviar Gold Cup. He may well have top weight there though and the ground could be softer. We have a chance to go for the King George and we can’t do both. There will be decisions to be made in the next few weeks.

The King George is one hell of a race and he deserves to take his chance. If he does improve for the three miles then he will be knocking on the door. It’s a nice place to go and having never ridden in the King George, it’d be nice to go and see what happens. It would be a fact finding mission to help us to know if we have got a Gold Cup horse or where to go after that. I think he is a genuine Grade 1 horse. I don’t know where or when he will win but I believe he is good enough to win a grade 1. We just need to know if it will be at three miles, two and a half or even back at two miles.

DOYEN MAY BE THE RIGHT BREED

Doyen Breed got off the mark over fences at Hexham on Wednesday and is a nice type for staying chases.

He is such a frustrating horse. He should have won three hurdles last season, but only won the one. I hate being rude about horses, but he doesn’t always try. He doesn’t like being in front and likes to have something to aim at. 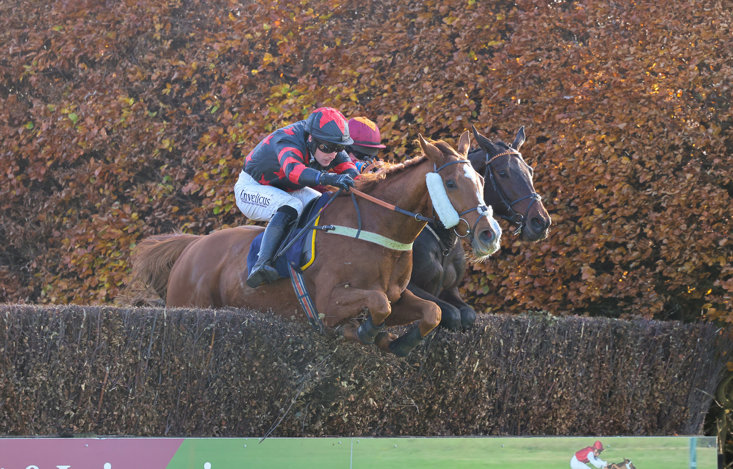 He wasn’t like that on his first start this season at Kelso, he just got tired late on and ran a cracker off topweight. We schooled him over fences and we said we won’t go over them as he wasn’t very good at home. He is a bit of a playboy and when we schooled him he wasn’t great, standing off them and such like.

But he ran in his hurdle race and we thought about this lovely novice chase at Hexham, which is a great track for novice chasers. We thought we would just try him and see what happens and thank goodness we did. I wasn’t sure how it would work, but we got to the second fence, which is an open ditch, and he asked him up for it and he put down but didn’t touch a twig and that was a sure sign he was going to be ok. He wasn’t too fluent for the first circuit but once he got into a rhythm, he jumped great and showed some battling will at the end to keep his head in front.

I always thought he had the ability to be a horse rated 150 and that is why we took him to Aintree in April, but he just lacks that toughness. Some horses want to be a racehorse, but he has his own ideas and doesn’t like giving you 100%. That is why I was delighted with him on Wednesday and fences could bring out the best of him.

It brings up lots of options for him. We will head to Kelso for the Paris Pike Novice Handicap Chase and will plan from there. He will be a better horse in a better race. Better chasing horses and having horses to follow where we can smuggle him into a race and hit the front after the last, that would be ideal.