It is a move which will unite a club already knocked out of the Champions League with a goalkeeper who hasn’t played a league game in two-and-a-half years, but Celtic’s imminent announcement of Joe Hart’s signing could be just want both parties desperately need.

The former England shot-stopper brings with his a wealth of experience despite his difficult spells at Burnley and Tottenham Hotspur over the last few years. With 75 caps to his name, only Peter Shilton has played in goal for the Three Lions more often, and during a decade at Manchester City he won two Premier League titles and collected a joint-record four Golden Glove awards.

Even in his more recent travails at Turf Moor and White Hart Lane, Hart will have learned much from spending time as a regular second choice, particularly at Spurs under Jose Mourinho, who has worked with some of the greatest goalkeepers in the world over the course of his managerial career.

At Celtic, Hart will finally get a chance to don the gloves with regularity once more, with new boss Ange Postecoglou having quickly identified the number-one jersey as an area of concern. The Hoops’ Champions League exit to Midtjylland featured a clanger from Vasilis Barkas, and Saturday’s 2-1 defeat to Hearts in their opening round of Scottish Premiership action featured an under-par display from Scott Bain between the sticks.

After the pair had shipped three goals each in the 6-2 friendly loss to West Ham United it had been hoped that a lesson had been learned, but their competitive performances so far have proved that the manager had to act fast. It was also lost on nobody of a Celtic persuasion that the defeat at Tynecastle Park came due in large part to the heroics of one-time Parkhead stalwart Craig Gordon in the opposing goal, serving as a reminder of the level of experience and leadership that is so badly missing in Postecoglou’s squad right now. 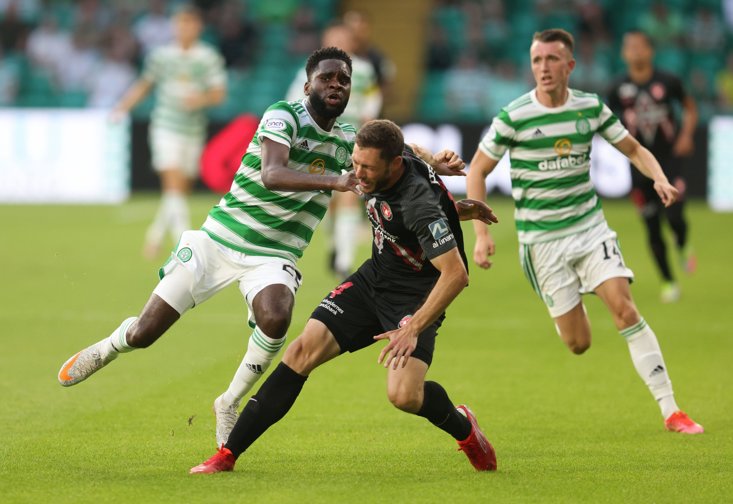 THE LOSS TO MIDTJYLLAND WAS A HUGE BLOW

In Hart, the Australian will have a man who can immediately supply both of those qualities. His time at the top with Man City and England showed just what he can deliver when at his best, but there is also much to be said for what he has done since his City spell went sour under Pep Guardiola. He went out of his comfort zone to join Torino on loan before heading back to sign for West Ham then Burnley, and when Spurs needed cover he was happy to stick another feather in his cap.

He might not be the brash, bold keeper who would attempt to claim everything in sight in his younger days, but what he does have is a much broader perspective than he once had. Who better to lead a very young, raw-looking Celtic squad through the current choppy waters? Goalkeeper has always been one of the key positions on the field when it comes to building a foundation, and the 34-year-old could provide the ballast which is so evidently missing from Postecoglou’s squad at this moment in time.

Celtic’s steep decline of the last 12 months might not end immediately, and indeed it may take longer than the length of Hart’s contract to start truly challenging Rangers again. But in bringing in such a presence, they have at least addressed one of their most pressing areas of need.

With Jablonec coming up on Thursday in Europa League qualifying and a home opener against Dundee following in the league on Sunday, Celtic have to get back on their feet quickly, and that is far more likely to happen with Hart between the posts. If Postecoglou is to have a hope of turning the ship around, astute signings like this one have to become the norm at Celtic Park.