Joe Joyce and Joseph Parker’s Manchester throwdown on Saturday night is an unusual heavyweight attraction. Their fisticuffs for the hastily-devised WBO interim title feature the familiar dynamic of a former world champion fighting a prospect on the way up. The bout also harbours a seven year age gap between the combatants. Youth versus experience, if you like. But, oddly, the ex-titleholder involved is actually the younger man while the up-and-comer is nearing 40. Welcome to the wacky world of one of the most intriguing heavyweight scraps in recent memory.

Parker is 30 to Joyce’s 37, but the former is the more accomplished professional. Parker became the first New Zealander to win the heavyweight championship when he beat Andy Ruiz Jr by majority decision to claim the WBO belt in 2016. The proud Kiwi successfully defended the strap against Razvan Cojanu and Hughie Fury before losing it via decision to Anthony Joshua.

Parker’s form since has been solid. A 2018 loss to Dillian Whyte was a setback, but the former champion has bounced back brilliantly. Parker is 6-0 over the last four years, including a TKO win over former world title challenger Alex Leapai and back-to-back wins over Derek Chisora. The 30-year-old has proven himself as a genuine world level heavyweight and appears to be benefitting from training with close friend and WBC champion Tyson Fury.

While Parker has been operating in the world rankings since the age of 24, Joyce is stepping up to the elite level for the very first time at 37. He packs plenty of pedigree, with an Olympic silver medal on his CV. But in the pro ranks he has fed on domestic talent and fringe contenders so far. Ex-WBC champion Bermane Stiverne was walloped in six rounds and decent names like Christian Hammer, Carlos Takam and Alexander Ustinov have been swept aside. But ‘Juggernaut’’s best win remains his 2020 knockout of Daniel Dubois for the British, Commonwealth and European heavyweight titles.

Joyce is as unconventional as they come. Not only is he just entering the top bracket at an age where most fighters are leaving the sport. But he also boxes a strange, counter-intuitive style that shouldn’t work but it does. Only former world title challenger Bryant Jennings has taken him the distance in 14 fights. Joyce can clearly box, as seen by the way he intelligently broke down Dubois. But too often he simply neglects to get out of the way of punches, allowing his impressive chin to absorb the blows. It has worked thus far but, considering how many times Parker rocked the durable Chisora, he’d be well-served going more defensive here. 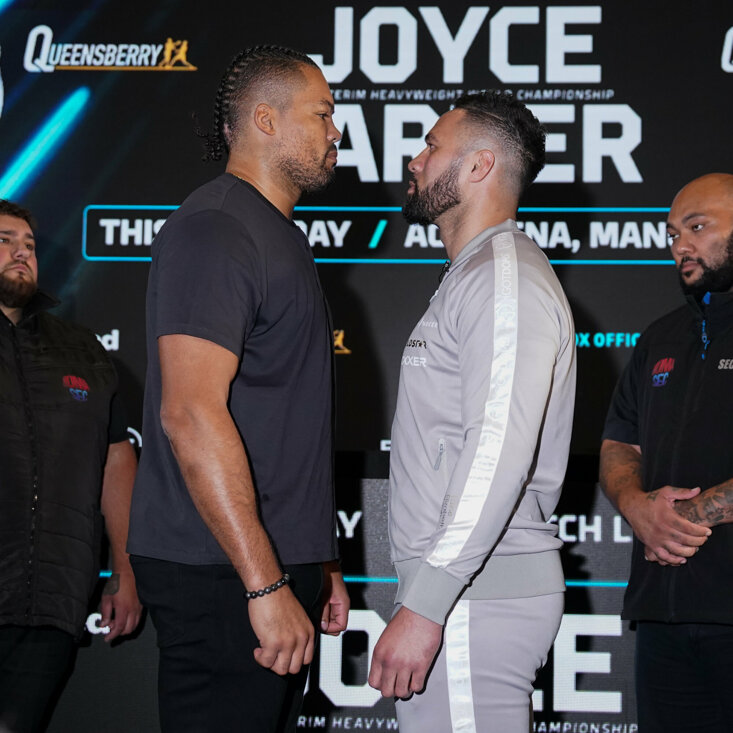 Joyce may be older but he is fresher than Parker. While he takes more punishment than he should at times, the Olympian has scarcely been hurt. His relatively brief pro career means that he is arriving as a top contender before he has really had to endure any dark nights of the soul in the ring. Parker has been in plenty of wars and may feel the strain against Joyce if this becomes a rock ‘em-sock ‘em affair.

Equally, Parker could actually benefit from being more well-versed in the art of war. We do not yet know what happens to Joyce when the going gets tough. History’s greatest heavyweights have been about attitude and spirit as much as power and talent. Even today, champions Tyson Fury and Oleksandr Usyk are the type to take a licking and keep on ticking. We won’t know if Joyce possesses these same powers of recovery until he is rocked.

Parker is certainly talented enough to do it. The former world champion is far and away the best fighter Joyce has faced as a professional. Dubois aside, most of ‘Juggernaut’’s previous opponents were in the has-been or never-was category. Talented fighters, solid fighters, but none that ever looked capable of cutting to the front of the heavyweight title queue.

But Parker is different. He knows what it’s like to stand on the mountain top. The New Zealander was once the heavily-hyped future of the division. But now he is wiser for the experience of the highs and lows of reigning as champion. Still only 30, but with the sort of wisdom that belies his years, this could be the best Joseph Parker we have ever seen.

Joyce must now give us the best version of the ‘Juggernaut’ we have seen. His days of undercard fights against Wladimir Klitschko opponents from a decade ago are over. Joe’s fights are an event in their own right now. His skills and chin have taken him to the arena marquee. Now he must use everything he has learned to write his name into the heavyweight history books.