Joe Willock has been sensational since joining Newcastle United in January and he was at it again on Saturday afternoon, snatching a last-gasp equaliser against Liverpool at Anfield.

This week Steve Bruce signalled that he would like to bring the Arsenal loanee in at St James’ Park on a permanent basis and build the Newcastle team around the midfielder next season, with a deal worth £20m believed to be in the works.

The 21-year-old has now scored a number of vital goals in Newcastle’s fight for Premier League safety, including another late winner in last Saturday’s 3-2 home win against West Ham, and today he showed again just why the Toon faithful rate him so highly.

It was a disastrous start for Newcastle at a sunny Anfield when Mo Salah broke the deadlock after just three minutes. The Newcastle defence were unable to clear a Sadio Mane cross which fell to Mo Salah who rifled a half-volley on the spin into the top corner. It was world-class finishing from the Egyptian who became the first Liverpool player to notch 20+ Premier League goals in three consecutive seasons.

The first-half was enthralling viewing and despite registering just one shot, Newcastle were a threat on the counter, especially through the pace of Allan Saint-Maximin. Liverpool, on the other hand, will be wondering how they hadn’t scored more with Salah, Mane and Jota all culpable for missing gilt-edged chances.

With the clock on 93 minutes, Liverpool fans would have been forgiven for thinking that their side had a top-four spot firmly in their grasp, albeit until West Ham and Chelsea’s crunch game this evening, but Bruce’s men were knocking.

First Callum Wilson had the ball in the back of the net but the goal was chalked off after a VAR review showed that the ball had come off Wilson’s arm. Moments later, the ball was nodded into the path of super-sub Willock whose shot, via a hefty deflection, rattled the back of the net. This one would count. 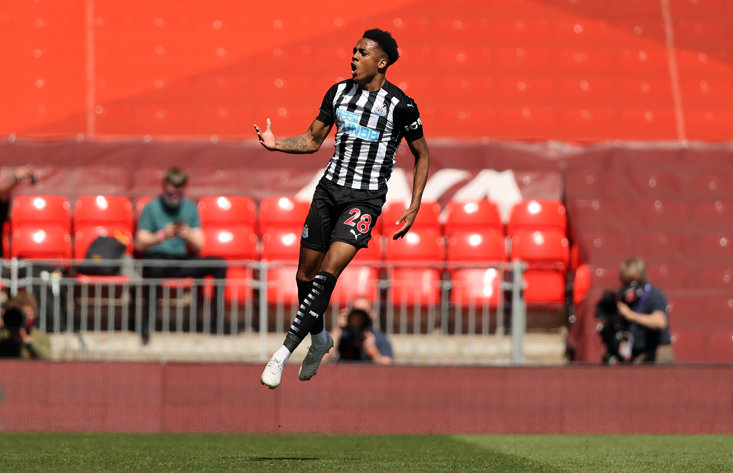 The draw means Newcastle have a nine point cushion over 18th-placed Fulham ahead of a tough run of three games that include Arsenal, Leicester and Manchester City. Liverpool meanwhile will rue the missed opportunity to close the gap on the Champions League spots.

"We pushed hard in the second half. Apart from the sloppy goal we gave away, I thought the boys did really well,” Willock told Bt Sport after the game.

"I'm just trying to do my best for the team whether I get 10, 15 minutes, half an hour. I'm really enjoying my football at the moment.

"We didn't lose confidence. It shows how well we've done over the last few weeks as a team."

Liverpool boss Jurgen Klopp added, “If you deserve it, you deserve it. I didn't see today that we deserved to play Champions League next season. In another five games? We'll see what we can do.

"We learn or we don’t play Champions League. That’s it."