They have done it. The Canadian men’s football team have qualified for the Qatar World Cup in 2022. This achievement is a statement of intent from the Canadian Soccer Association, but also highlights the progress in recent times from the squad themselves. Their 4-0 win over Jamaica on Sunday night was a perfect response following a 0-1 defeat to Costa Rica on Thursday, as they became the first CONCACAF team to qualify for this year's football showcase. It’s been a long 36 years but finally the wait is over. The man behind it all? John Herdman.

Born on 19th of July in Consett, Durham, England John Herdman always knew he wanted to be a coach. He began part-time coaching at 16, earned his first FA coaching qualification at 17 and spent his early coaching career at Sunderland. After graduating from Northumbria University, he maintained an academic interest in the teaching philosophies behind coaching that have driven his holistic, inclusive and determined mindset, the latter of which led to him moving to New Zealand in 2001. Most would be terrified of making such a life-changing decision but Herdman took on the challenge head on and five years after his arrival in the southern hemisphere, Herdman was appointed head of the New Zealand’s Women side. He subsequently guided them to World Cup appearances in 2007 and 2011 as well as the Beijing Olympics in 2008 before taking another huge leap, this time to Canada.

John described the Canadian women’s side as a ‘sleeping giant’ and the move itself as ‘the best thing he’s ever done’. The Canadian system gave him access to guaranteed funding due to the team’s association with the Olympic committee. The funding period was a quadrennial thus permitting Herdman and his colleagues to create, implement and execute highly detailed plans for the betterment of the national football set-up. Over the next six years with the women’s team Herdman would win a Gold medal in the Pan American games as well as successive Olympic bronze medals at London 2012 and Rio 2016. 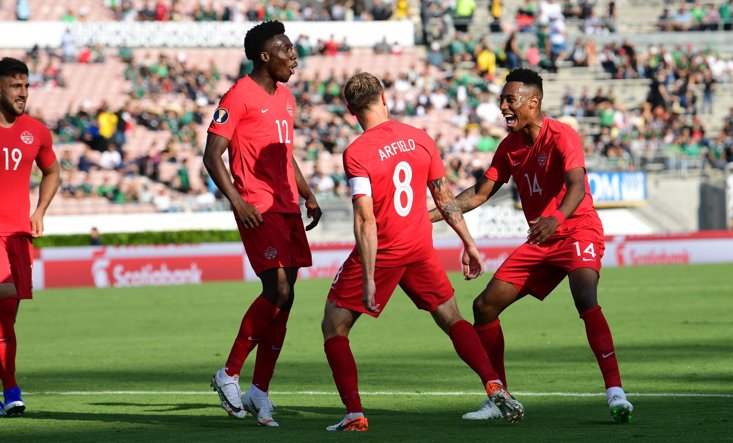 In 2018, Herdman was provided another opportunity to prove himself after the Canadian football association asked him to take over the men's national side. Bear in mind, this was a side who were barely treading water and languishing in the bottom end of the FIFA top 100 rankings. The transition into the men’s game was simple but the contrast in programmes, winning culture and belief was a far cry from the highs of the women’s team. It goes without saying that the Women’s team was superior on all-fronts in the football world compared to the mens. Nobody believed in the men's side and why would they? They hadn’t offered the fans anything to get excited about since 1986 when they’d last qualified for the World Cup. Something had to give and Herdman decided to take on the Sir Alex Ferguson approach to Alan Hansen’s infamous “you’ll never win anything with kids” statement.

He came in and gave debuts to highly-rated prospects Alphonso Davies, Jonathan David and Liam Miller. The idea behind promoting the youth into the national set-up was to accelerate their club careers, allowing them to play at higher levels and therefore improving the quality of the national side. The latest prospect is Tajon Buchanan who made the switch from the MLS to the Belgian Pro League last summer. Herdman has transformed the men’s team, mixing a perfect blend of youth and experience and with Canada’s qualification for 2022 secured, the Canadian FA will be granted $15 million. That money will likely be used to further develop the football programme, boost coach education and youth systems within the nation so that come 2026, when they are co-hosting the World Cup themselves alongside the USA and Mexico, they will have built on the success of this year's campaign and can lay the foundations for many years to come.

It hasn’t always been plain sailing though. In one of the best moments of managerial honesty, Herdman recalls a conversation with former captain Scott Arfield, in which he told Arfield that the dysfunctional team environment was why they’d won “f*ck all”. Since then it’s evident that Herdman has clearly pressured the leaders of the national side to stand up and be counted, demanding they address dysfunction within the dressing room.

Atiba Hutchison, Steven Vitoria and Junior Hoilett are veterans in a national team fully committed to Herdman’s ideologies. They can now partner with the youthful exuberance of Alphonso Davies, Jonathan David, Liam Millar and Tajon Buchanan, there is no reason not to expect this Canadian side to push on from this historic achievement.