It may have been a disappointing afternoon on Saturday for John McGinn and Aston Villa after they threw away a two-goal lead at home to bitter rivals Wolverhampton Wanderers, losing the game at the death, but the Scotland star has got something to celebrate today and that is his birthday.

The cult hero has had a strong influence on the pitch for his side since he arrived in B6 and he has developed into one of the most well-balanced midfielders in the Premier League at an exciting time of his career.

McGinn did have a splendid game on a personal note, as he provided the assist for Danny Ings’ opener before scoring Villa’s second of the game. The manner of the defeat may be alarming to manager Dean Smith, but he knows the quality is strong within his squad and McGinn is one of the club’s standout performers. His goal against Wolves was his second of the season and he is already just one goal off his tally in the top flight in his two previous campaigns.

When the Scotsman came south of the border swapping Hibernian for Birmingham three years ago, he quickly established himself as a fan favourite with his tenacious attitude to win the ball back and get his side on the break. Renowned and praised for the way he uses his backside to shield and keep hold of the ball, McGinn’s work rate has never been questioned. And while this particular attribute has sparked many jokes online, there is no denying how well that quirk works for the midfielder on the pitch.

He was a key figure in Villa’s return to the top-flight in his debut season at the club and is widely remembered for scoring the second goal at Wembley Stadium in the play-off final to bring Premier League football back to Villa Park after a three-year absence. That header may have been the more memorable for the context but the best goal he scored for the club was earlier that season, when he scored a stunning volley against Sheffield Wednesday, with the ball smashing in off the woodwork – it was also his first in claret and blue.

His time at Villa Park has seen him evolve as a player and both his club and national team are reaping the rewards. He is now having more of an impact in the final third as the weekend showed and his eye for goal was seen in his most recent outing for the Tartan Army as they defeated Israel at Hampden Park in a crucial World Cup qualifier. 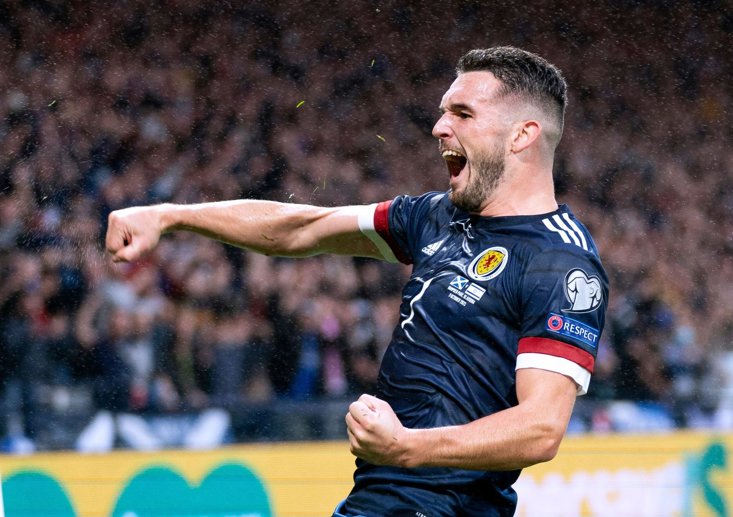 Speaking on his new role to venture forward a couple of years ago, McGinn joked: “If you thought I could play further forward a few years ago, I’d have laughed. I probably got sucked into the idea in Scotland that I was just a rat and a runner, but Dean has given me the confidence to get involved higher up the park and I’m enjoying it.”

McGinn has very much filled the void left by Jack Grealish as the club’s star man and he appears to be flourishing with it, hoping to inspire his side to a top-half finish this term. And it’s not just Villa supporters who have a lot of admiration for him - the whole of Scotland appreciates the work he carries out on the pitch for them having recently helped them reach their first European Championships in 25 years earlier in the summer, and his next mission is to help them qualify for their first World Cup since 1998. He has won the hearts of all Scots, mainly as a result of not having played for either Celtic or Rangers and ultimately dividing the crowd.

The newly-turned 27-year-old is now entering the prime stage of his career, and while he has been excelling for club and country, with the mentality that McGinn has, he will continue to improve because he will want to better himself and be in a position to have a starring role in not only Villa’s quest for domestic success, but also in Scotland’s bid to become a force on the international stage.