Boxing
News
Murray caught up with old foe Crolla to talk about his career highlights, lowlights and that famous night at the Manchester Arena in 2014
Seb Parkinson
19:05, 20 Jun 2022

“Joe [Gallagher, former trainer] used to wind me up. Sometimes I’d go out on the p*ss and be on the track at half six in the morning and I won’t lie, I’d not been to bed,” John Murray tells Anthony Crolla, a former stablemate, sparring partner and later foe in the boxing ring.

On a terribly warm mid-June day at the Murray Machines Gymnasium, perched within one arc of the famous Stockport viaduct just in front of the now infamous ‘Bus Gate’ in the town centre, Crolla and Murray sat down for a chat any they’ve had before.

Murray is a former European lightweight champion and at 37-years old, following a stellar fighting career, now runs his own boxing and fitness gym. He invited his one-time opponent and Dom McGuinness in for a tell-all interview on the Lightweight Boxing Show, to talk about his career highlights, lowlights and that famous night at the Manchester Arena in April 2014, when ‘Million Dollar’ stopped him in the tenth round 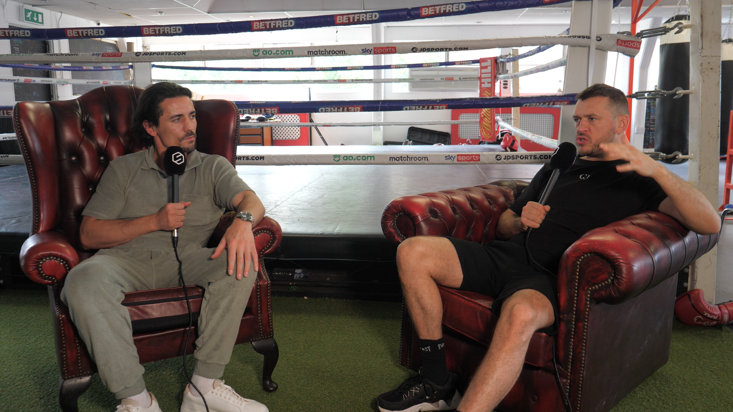 “There’s no doubt about it, I give boxing far more than I received,” says Murray, who began his boxing journey as a teenager and was 16-0 by the age of 21.

“When I was at the top of my game, I felt indestructible, unbeatable. I could walk through anyone. I could drag anyone into my type of fight and I’d take them to pieces.

“And some of the boxers I beat were far superior boxers and athletes than me, but it was the mental toughness and the physical attributes that I possessed. I could just drag them into a war and tear them apart.”

John fought 31 times, gathering 31 wins and three titles [English, British and European lightweight] before tasting defeat. Firstly at the hands of Kevin Mitchell, headlining Liverpool’s Echo Arena, and then to Brandon Rios at the Mecca of boxing: Madison Square Garden.

“What annoyed me the most was I was looking at my wages and wondering 'how come they’re getting paid this and I’m getting paid that?’”, continued Murray,

“I started looking round too much. I had the best undefeated record at one point, 31-0 before I boxed Mitchell. I never felt I was going to get to that page where I was making life-changing money, when I could finally put my feet up.

“I’d get paid decent wages. For the Mitchell fight it was probably the biggest pay day I had in boxing [at that point]. It was £50,000, which is good wages if you’re a plumber. But if you’re a boxer and your whole life is dedicated to that big pay day, the biggest pay day of your career and you get £50,000 and six-months later you’ve been partying and it’s all gone, it’s not life-changing money.

“It was a decent wage, but when you look at the state of my face after the Rios fight, I looked like I’d been hit with a bus. I’m p*ssing blood for days after the fight. I just think, ‘is it worth it?” 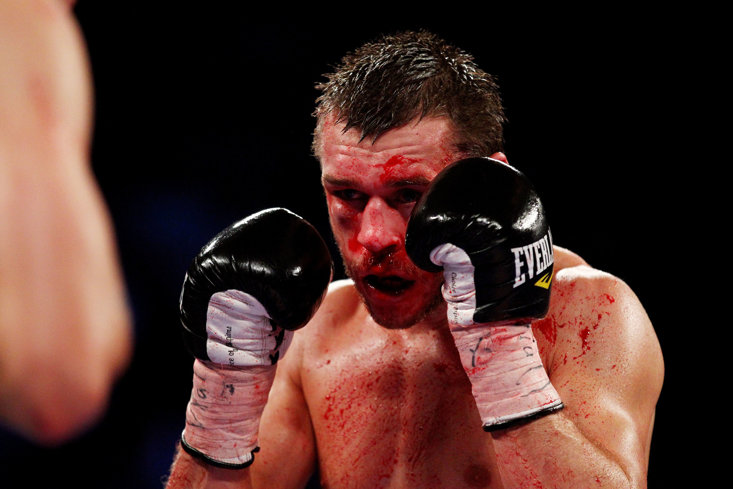 After back-to-back defeats, John took almost two years out from boxing, making his return at the Bowlers Exhibition Centre in November 2013 to face Maycol Escobar. Murray won the fight comfortably before stepping in to fight John Simpson in March 2014 - a fight which Crolla pulled out of due to picking up a cut in sparring.

Again, Murray won comfortably with a second round TKO and took the opportunity to call out Crolla, who carried the WBO Inter-Continental light title, to bring his career full-circle and face-off against the man he once sparred and trained with under Joe Gallagher.

Below you can catch the full, unmissable interview with Murray.