Football
News
The manager says he is beholden to Bale's 'feelings' in terms of selection
Kris Voakes
10:00, 01 Mar 2021

Gareth Bale scored two goals and set up another on Sunday, but just as Tottenham Hotspur fans were beginning to wonder if the Welsh winger was getting back to something like top form, Jose Mourinho did his best to undermine the progress Bale had made on the pitch in the 4-0 win over Burnley.

It is only a couple of weeks since Mourinho bemoaned Bale’s Instagram post claiming to have had a good training session as a “contradiction with reality” days after the Portuguese had revealed that the player had insisted he felt injured even after scans had cleared him to play in Spurs’ 5-4 FA Cup defeat to Everton.

Now, even after three goals and an assist in a three-day period, there seems to remain an element of distrust when Mourinho speaks about the loanee from Real Madrid.

“Gareth is a very experienced guy, he knows his body better than anyone,” he said after the game on Sunday. “It would be very nice for me now to say that I handled the situation amazingly well, I’m not that kind of guy. He knows his body very well, he knows that we are here just to help him, especially to be a happy football player, and I’m really happy for him. But he’s the one that has the feelings.” 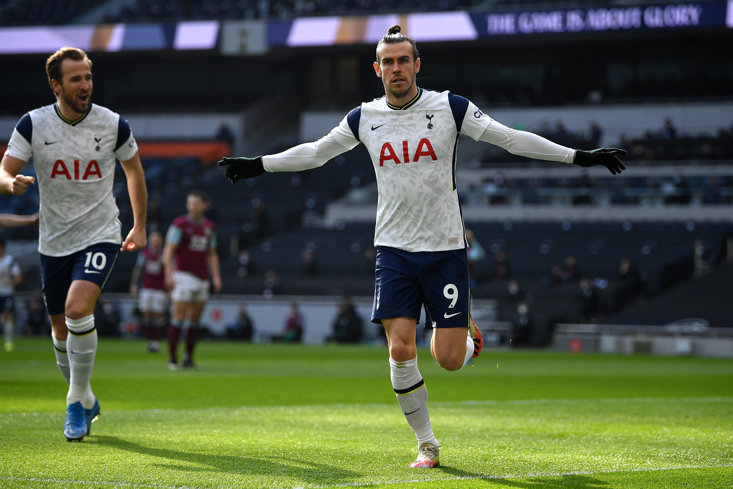 BALE CLAIMED HE WAS UNFIT TO PLAY AGAINST EVERTON

‘The feelings’ might in any other context have suggested that he had faith in Bale, that he was supporting his player. But these are the same ‘feelings’ that Mourinho questioned after the scan episode prior to the FA Cup tie.

“He was not feeling good, he asked for a scan, he had the scan, the scan didn’t show an injury but his feelings were still there,” said Mourinho following the Everton episode.

“There is not one single manager in the world that doesn’t play Gareth Bale if Gareth Bale is in very good condition, there is not one,” Mourinho added on Sunday. “But now he’s better than ever, it’s not just about the two goals that he scored, it’s fundamentally about his physical performance, now he’s not flat, now he played very well, his condition is very good.”

Was that a sign that he believes Bale is back to 100 per cent both in terms of his performance levels and his fitness? Apparently not, as he again questioned the Welshman when asked whether Bale could now be counted on to play three times a week.

Mourinho has forever been a manager who loves to build relationships with players he can depend on. He clearly enjoys turning to Harry Kane game after game, not just because of the threat the England captain offers at the top of the pitch but also because he will run through walls for the cause. He was the same at previous clubs. John Terry and Frank Lampard could be counted on every time at Chelsea, Marco Materazzi and Zlatan Ibrahimovic would never go missing at Inter, and at Manchester United too in the latter’s case.

But in Bale he has a player he cannot trust to be there for him. He can’t trust him to put his body on the line for the cause, even in the event that a scan shows him to be free of injury. Rightly or wrongly, this is how Mourinho is wired. If he trusts and believes in a player, he will tell you, and if he doesn’t have the same feeling about another, he will find a way to get that point across too.

Gareth Bale falls into that latter category, and whether that is Bale’s fault or Mourinho’s, it is not for the good of Tottenham Hotspur Football Club that their manager cannot refrain from airing his frustrations about one of his star players.

It never ends well for Mourinho when he starts open warfare at his clubs, and he would be advised to avoid a repeat at Spurs. That’s why he needs to work out a way to keep Bale’s fitness, or lack thereof, out of the public arena from now on, whatever his concerns in private.