Football
News
The London pair used to regularly battle it out at the top of the Premier League
Joey Mills
08:46, 22 Aug 2021

Arsenal versus Chelsea. On paper, it still reads like a blockbuster clash. The sort of game where you drop everything to gather at the ground, or in front of the television. A match that will be discussed in WhatsApp groups, on Monday morning commutes and across the international common room of social media.

In reality, it is a meeting of the teams who finished eighth and fourth last season. The Champions League winners facing a side that, on paper, they should comfortably beat as they look to improve on last season’s league finish. But it was not always this way. In the mid-2000s Arsenal versus Chelsea was a vicious feud that spanned far wider than London. This is the story of shifting dominance, bitter mind-games and “voyeurs”.

Despite both hailing from the capital, Chelsea and Arsenal have not been traditional local rivals. With so many clubs in the area, London’s football rivalries are divided up on a much more granular level, and while Arsenal enjoy a box-office north London dispute with Tottenham Hotspur, Chelsea have been left to settle for rivalries with Fulham and Queens Park Rangers, frequently interrupted by those clubs rarely sharing the same division as them. Some rivalries are built on more than mere geography, going head-to-head for success can breed just as much hatred.

When Jose Mourinho breezed into the nouveau-riche Chelsea in 2004, the club had finished the previous season as runners-up. The champions were Arsenal, who had completed an entire Premier League season without defeat, earning the moniker ‘The Invincibles’. In an intriguing starter before the main course of Wenger v Mourinho, Chelsea had knocked Arsenal out in the quarter-finals of the Champions League the year before. Mourinho’s arrival in England would bring about a sea change, both in terms of the intensity of the rivalry, and in Arsenal’s fortunes. 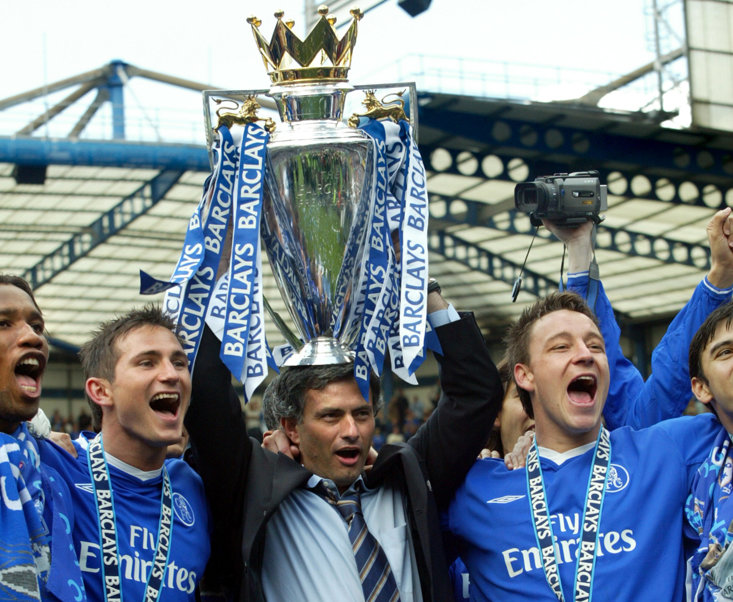 Chelsea would win the title in Mourinho’s first season in charge, deposing Arsenal as champions. The Gunners would finish second, but the 12-point gap between them and Chelsea suggested a seismic shift in English football’s hierarchy. The following season, the feud took a turn from professional to deeply personal. After seeing his side lose 1-0 to Chelsea, Arsenal manager Arsene Wenger decried their defensive tactics, saying: “Once a sport encourages teams who refuse to take the initiative, the sport is in danger.” Never one to turn down a verbal spar, Mourinho bit back. “Wenger has a real problem with us and I think he is what you call in England a voyeur.” The first real shots had been fired in a rivalry that would help to define the rest of the decade.

The next game between the pair would end with a 2-0 away win for Chelsea and seven yellow cards, as the bitterness of the managers spilled onto the field. This result effectively ended Arsenal’s title challenge, as the Blues once again lifted the Premier League crown. Wenger’s men would finish the season fourth, the start of a decline that would only once see them finish higher than third. While they could take solace in reaching the Champions League final, losing to Barcelona, that would similarly represent a high watermark for their achievement in the competition.

The summer brought a dramatic flashpoint, when Ashley Cole moved from Arsenal to Chelsea. Not only were The Gunners losing a vital player, one of their legendary Invincibles no less, but the deal was marred by allegations of ‘tapping up’. Cole was found guilty of having met Mourinho and Chelsea’s representatives in a clandestine encounter while still an Arsenal player, contravening league rules and enraging Wenger. William Gallas moved in the opposite direction as part of the deal, but this concession did little to ease the boiling tensions between the London clubs. 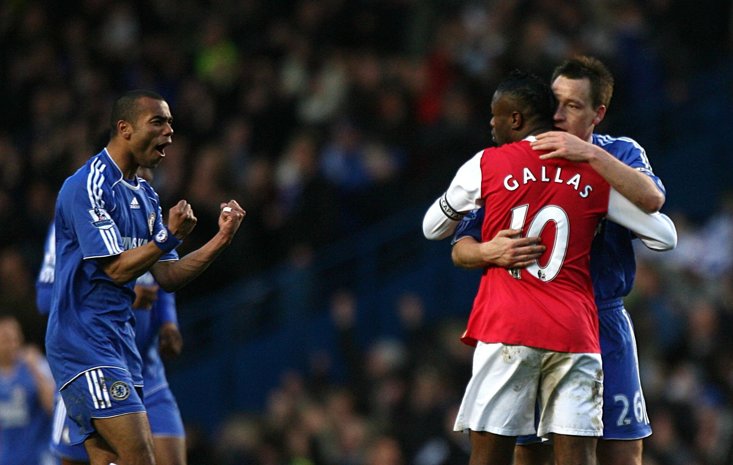 The rivalry continued to bubble under the surface of almost everything both clubs did, occasionally exploding in ferocious encounters on and off the field. The 2007 Carling Cup final between the pair ended in chaos when Emmanuel Adebayor, Jon Obi Mikel and Kolo Toure were all sent off during a fracas in added time. Almost inconsequentially, Chelsea walked out as 2-1 winners in what was hilariously dubbed ‘The Snarling Cup Final’.

By the following season, Mourinho was gone and, for the most part, so was the rivalry. The warring managers would occasionally still snip at each other from afar. The feud looked set to return to the forefront of English football when Mourinho returned to Stamford Bridge and branded Arsene Wenger “a specialist in failure”. However, in the Portuguese's absence, Arsenal had fallen to the rank of Premier League also-rans. A consistent presence in the top six, but never again to challenge for the title with any real gusto. Post-Jose, Wenger would get the better of the old enemy in the 2017 FA Cup final, when his Arsenal beat a Chelsea side led by Antonio Conte. By the time the sides met in the 2019 Europa League final, both their defining leaders were gone, and the tie felt a step below those of the chaotic past.

While Chelsea are once again on the rise, with a Champions League triumph and a bright, exciting coach in Thomas Tuchel to shout about, Arsenal have fallen in both standing and stature. It won’t be able to compete with the ferocity of battles past, but this Sunday an Arsenal win could kickstart the rebuild of a once-great side, and a formerly all-consuming rivalry.