Ahead of his first defence, here is a look at Taylor’s peers in the realms of undisputed champions.

The final pitted ‘The Executioner’ against the great Felix ‘Tito’ Trinidad. The Puerto Rican had picked up William Joppy’s WBA championship in his first-round bout. Hopkins stopped Trinidad in the 12th and final round of their Madison Square Garden decider to take home a third middleweight strap.

Hopkins topped off his historic achievement, and became the first four-belt champion in history, by stopping WBO boss Oscar De La Hoya in eight rounds with a brutal body shot. Until this point, the WBO title had not been a required part of the designation “undisputed champion”, but that all changed when the Philadelphia native upgraded his middleweight kingdom against the ‘Golden Boy’.

The only man on this list to win all four belts at once, Taylor outpointed Hopkins in 2005 to take his undisputed crown. ‘Bad Intentions’ won a cagey affair, and the split decision in his favour was debated for months afterwards. The dethroned champion even went as far as lodging an appeal with the Nevada State Athletic Commission to have the ruling overturned, but was unsuccessful.

A rematch seemed the most logical way to settle the dispute, but the IBF did not see it that way. The sanctioning body named Kingsley Ikeke as mandatory challenger to their belt, which Taylor duly vacated in order to fight Hopkins again. It would be twelve years before another man held boxing’s four major titles simultaneously. 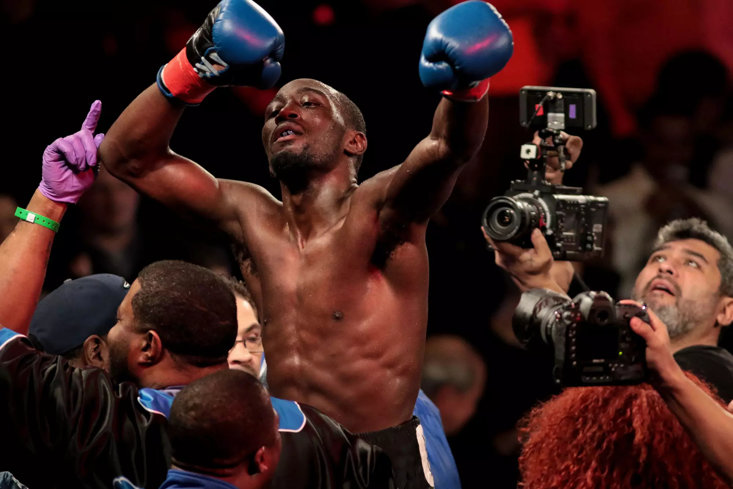 Already a former world lightweight champion before moving up, ‘Bud’ began his conquest of the 140lb division in 2015. After winning the WBO super lightweight title and rattling off two defences, Crawford unified his prize with Viktor Postol’s WBC crown the following year.

The Omaha native completed his task in spectacular style, needing just three rounds to knock out Julius Indongo for the WBA and IBF versions. The title would soon fracture, with Crawford vacating the belts to move up to welterweight. However, his remarkable achievement can never be erased.

Before he was jacking Anthony Joshua’s jaw and walking round with three-quarters of the heavyweight crown, Oleksandr Usyk was the best cruiserweight of his generation. He rubber-stamped his credentials as the world’s premiere 200-pounder in the World Boxing Super Series.

An upgraded version of the tournament format that crowned Hopkins as a three-belt king, the WBSS was superior due to featuring all four reigning world champions of the time. The title-holders would each defend their belt in the quarter-finals, before the semis and final would unify the belts. WBO boss Usyk’s path to glory began with a ten-round stoppage over former champion Marco Huck.

Then came the unification matches, the first of which was a majority nod over WBC champion Mairis Breidis. In the final, Usyk saw off Murat Gassiev via unanimous decision to become the first ever four-belt cruiserweight champion.

‘The Cat’ is currently in possession of three of the four heavyweight straps, and if he can unseat Tyson Fury he would become the first male fighter to become a four-belt king in two divisions.

The latest entrant into the hall of undisputed champions, ‘Canelo’ remarkably completed the feat in just eleven months.

The Mexican superstar took Callum Smith’s WBC and WBA belts in a dominant points win in December 2020. A mandatory challenge from Avni Yildirim was dealt with in three rounds to keep the unification on course, before Billy Joe Saunders was stopped in eight rounds for the WBO belt.

Alvarez entered the history books in a competitive scrap with IBF titleist Caleb Plant, eventually breaking down ‘Sweethands’ for an 11th round stoppage.