Josh Warrington will get back in the ring with Mauricio Lara to "put right" the shock defeat he suffered back in February, according to promoter Steve Wood. The Leeds-born featherweight was knocked out in the ninth round having been widely tipped to claim a straightforward win over the Mexican.

Speaking exclusively to Dom McGuinness for The Sportsman’s Outside The Ropes show, Wood admitted the team need to fix mistakes made in order to move on and be in the mix for greater opponents like WBA champion Can Xu.

Asked if there will be a rematch with Lara, he insisted, “One hundred per cent. For us to move on, we’ve got to put that right. He [Warrington] is more than capable of putting that right and I’m sure he will and then we’ll get those big unification fights.

“It’s going to be two years of fun again now because it wasn’t nice that night, but I’ve had ten years of great times with Josh; winning the world title at Elland Road, it’ll be hard to top that but I think now, because we’ve had the pain of the loss, if we, not just beat Lara, but go on and beat someone like Can Xu and maybe in America instead of over here, that’ll top it for me.” 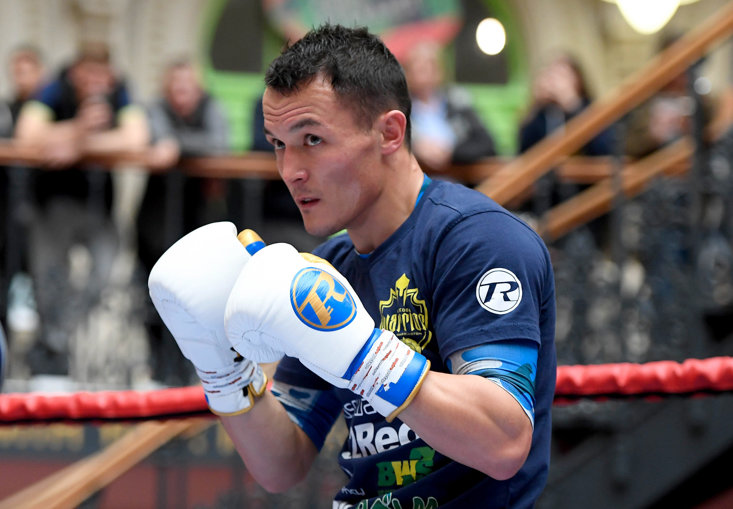 The aim and ambition in the Warrington camp is big but for now, in order to gain redemption, they are aware they need to take the next step methodically.

Warrington, who turned 30 last November, is chomping at the bit to get going again but for now, he’s being forced to rest and recuperate.

“We’re having to stop him going back in the gym,” revealed Wood. “We’ve told him he’s got to have at least three weeks out of the gym and that’s the hardest part.

“He’s had an operation on his elbow which he had a problem with but we decided to do the fight. There are no excuses and I think that’s a good thing to come out of this, there’s not been one excuse from Josh, he’s taken it on the chin like a man and he’s going to have to redeem himself. That’s what we all want to do as a team.”

While Warrington’s loss at the gloves of Lara came as a huge surprise, Wood admits there have been question marks from both sides before and after the fight. While some fans wondered why the fighter had been set-up for an ‘easy’ bout, others later wondered why he was put up against Lara.

“It’s funny, we talk about the boxing and beforehand everyone was saying it’s an easy fight, ‘How’ve they got away with that, they shouldn’t be showing that on Sky’ and afterwards it’s ‘Why did they take that fight, why did they put him with a hard, tough Mexican?’ You just can’t win in this boxing game. It’s like me, when you’re developing fighters, [people ask] ‘Why do you keep giving me easy fighters?’ but then he gets beat and it’s ‘Why did you give him a hard fight?’

“It’s all about timing and we’ve got to admit, he got beat so we must have done something wrong. What we’ve got to make sure is whatever we did wrong doesn’t go wrong in the rematch.”

It seems Warrington and Wood have really taken a step back and learned a lot. They will be desperate to put all of their knowledge into putting things right against Lara and beyond.