Boxing
News
Joe Joyce will naturally be thinking of a future bout against the winner of AJ v Usyk, but underestimating Takam could be his undoing
Gary Maiden
11:58, 23 Jul 2021

After a disappointing few months in the heavyweight division that saw a potential super fight between Anthony Joshua and Tyson Fury fall by the wayside, boxing fans were in need of some good news in the most exciting weight class of all.

They didn’t have to wait too long, as in the same week that Joe Joyce and Carlos Takam go through their final media responsibilities ahead of their Saturday showdown, Joshua’s bout with Oleksandr Usyk was announced for the Tottenham Hotspur Stadium in September. The Ukrainian is a very live opponent in that fight, and could well prove to be AJ’s toughest opponent to date.

Like all other sports websites, we’ll be all over the build up to that bout, but for now, we turn our attentions to what is a hugely intriguing matchup between Joyce and Takam.

Let’s not forget that the Frenchman was handpicked to ease Joshua back into action after his 11-round war with Wladimir Klitschko just six months earlier. The 2012 London Olympic champion had been scheduled to face Kubrat Pulev, but injury saw the Bulgarian pull out just two weeks before the fight was due to take place.

In stepped Takam, who posed the Brit plenty of problems before Phil Edwards controversially called time on the bout in the 10th round. Takam protested, and rightly so, but the fact remains that he remained a very live opponent for Joshua before that premature stoppage.

The hugely experienced 40-year-old may have his prime years behind him, but he has shared the ring with the likes of AJ, Joseph Parker, Alexander Povetkin and Tony Thompson. 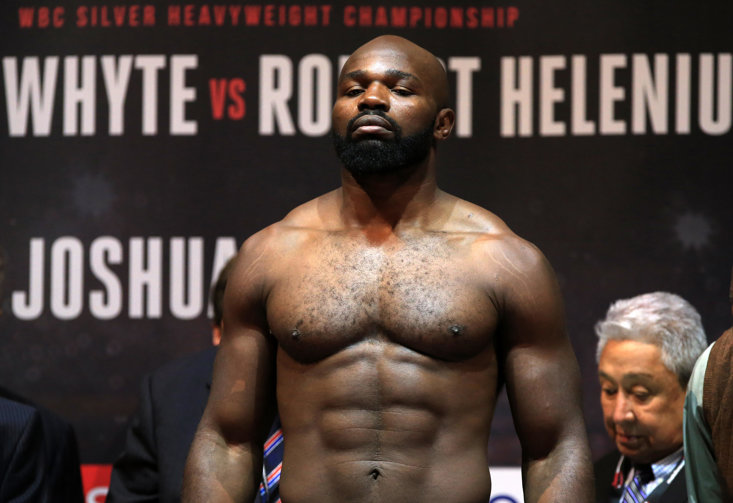 He has bounced back from his shock 2018 knockout defeat to Dereck Chisora with four consecutive victories, although the last three did go the full 10-round distance.

Now back at the maximum 36 minutes, Takam has the proven staying power to stick it out with ‘The Juggernaut’.

At 35, Joyce is in a rush to make his mark on the heavyweight division, particularly after being named as the mandatory challenger to Joshua’s WBO belt. He has his eyes firmly fixed on the winner of that Joshua and Usyk fight and his team will be only too aware of how catastrophic any slip ups would be at this stage of his career.

His most recent outing went a long way to proving his title credentials with a destructive stoppage over Daniel Dubois last November.

However, given that Dubois remains a relative novice, caution should be encouraged. Wins over Bermane Stiverne and Bryant Jennings were necessary to place him in his current position, but Takam is without doubt his toughest assignment to date.

At 6/1 with Betfred, there is no denying that Takam represents significant value, especially considering that he has ‘enjoyed’ 32 competitive rounds against elite heavyweights in Joshua, Parker and Povetkin.

Joyce is the favourite, and rightly so, however his credentials at this level of the sport remain untested, and the 1/10 on him having his arm raised is, at best, generous.

Expect this one to go late, and while Joyce possesses relentless work rate that an opponent closer to his 50th than his 30th birthday should struggle to cope with, Takam’s 28 knockouts to date make him a dangerous man to underestimate.