Judd Trump believes he will need to win a few more Betfred World Snooker Championships in order go down in history as one of the best.

The Englishman, who won the title back in 2019, is still only 31 and hopes he has times to add to his tally. Happy with this maiden victory, he is striving for more.

Speaking to Betfred at this year’s tournament ahead of his first round tie with Liam Highfield, he said, “I'm happy and I could already retire a happy man. I’m just going around ticking as many events off as possible.

“I think in other people's minds, to truly go down as ones are great you need to win it sort of four, five times. In snooker terms, I'm still relatively young and I'd like to think I've got sort of 15 years at least in front of me. I think if I can get one out of the way over the next couple of years then I can just relax hopefully and get to four or five at least by the end of my career.” 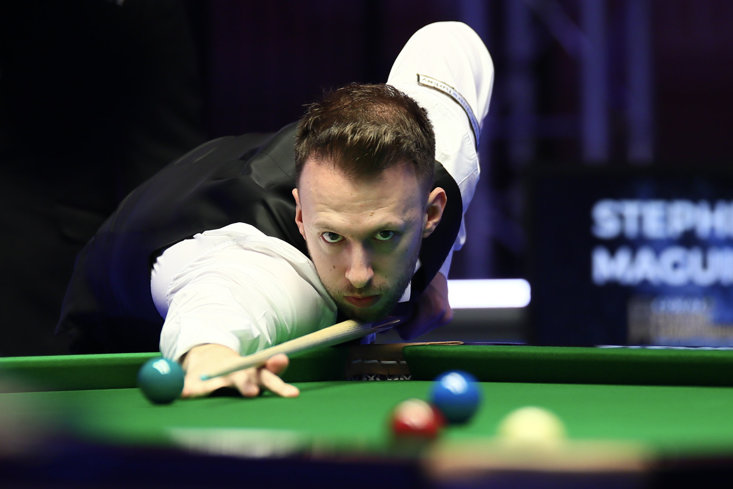 Trump is excited for the tournament and is hopeful he can triumph this year but knows he faces serious competition.

“I mean to win it once (again) would be nice to prove to everyone that (the first) wasn't a fluke. I think you see with Neil Robertson, he hasn't won it for a while, just how tough it is with his talent and you've got Ronnie (O’Sullivan) obviously trying to get to seven, Mark Selby's trying to get up there and John Higgins, so it's a lot of different scenarios and I think everyone is coming into form at the right time. I think everyone has got the belief this year that they are going to win it and I think it's going to make for some good snooker.”

Trump is feeling refreshed from the break before the World Snooker Championship and enjoys playing at the Crucible.

“I’m excited to play again,” he said. “Excited to play in the World Championship and it’s always the most special tournament. I think Sheffield has just got a certain atmosphere and is renowned with snooker.

“I think for everyone there's always that little period of a couple of weeks off for the top 16 that you get that little break. For me, I always need that little bit of time off to get the excitement back and look forward to playing in the biggest event.”

Ready and raring to go, he isn’t feeling the pressure of being one of the favourites.

“It’s actually good for me because everyone seems to be looking elsewhere so I don't feel like the favourite even though I think I'm favourite with the bookies,” he revealed. “Everyone else kind of seems to have stolen the limelight this year. It's been a bit of a different one, every time someone wins an event, they seem to be the favourites.

“There are a lot of players that are playing well this year and I think there’s five or six players that kind of stand out from the rest of the pack and it's going to be tough to win, like it always is."