Snooker
News
Judd Trump is looking to scoop a huge jackpot at the Gibraltar Open for the third year in a row.
Hector Nunns
21:00, 23 Mar 2022

Judd Trump is looking to scoop a huge jackpot at the Gibraltar Open for the third year in a row. The Juddernaut is one of an astonishing 11 players still in the running to claim a sponsor’s series bonus of £150,000.

Together with the first prize of £50,000 that puts the financial reward on offer at £200,000 for the player that clinches the bonus in style with the trophy. World No3 and recent Turkish Masters champion Trump, 32, is the defending champion having lifted the trophy for the past two years.

He managed to pip Neil Robertson two years ago with the Australian gambling his rival would not get the title he needed – a punt that backfired spectacularly as Trump cleaned up.

And last year he won again on the ‘Rock’, holding off the challenge of Mark Selby to collect the bumper cash pay-out.

Trump starts his bid for a third title by the Mediterranean on the spin against Andrew Higginson on Friday. He said: “I was looking like I was out of it and had no chance of the bonus this season but have somehow got myself back in it and with a shout.

“If I win it, I will get it no matter what anyone else does and who gets to the final. It is an event that gets classed as a small tournament.But for me personally first I had to win it to get the £200,000 total prize, and then last year I had to do okay compared to Mark Selby to get it.

“So for me for two years it has been an absolutely massive event with a huge reward for two years in a row, and I would love to defend my title and make that three.

“When people say it is a small tournament, to them it might be…but to me it is a huge event, and has given me the same prize money as the Masters.It takes a lot of bottle to play knowing that you have £150,000 grand extra on the line as well as the £50,000 first prize.

“It will definitely make for an interesting event especially because it is all over three days, because some of the players in the mix  like Fan Zhengyi have never won that kind of money before.”

Currently joint-top of the series listing on £98,000 are Higgins and Allen. And Higgins has a huge triple incentive to lift the trophy.The four-time world champion is chasing a first ranking title of the season on ‘The Rock’ – but there is a far more than just that at stake. 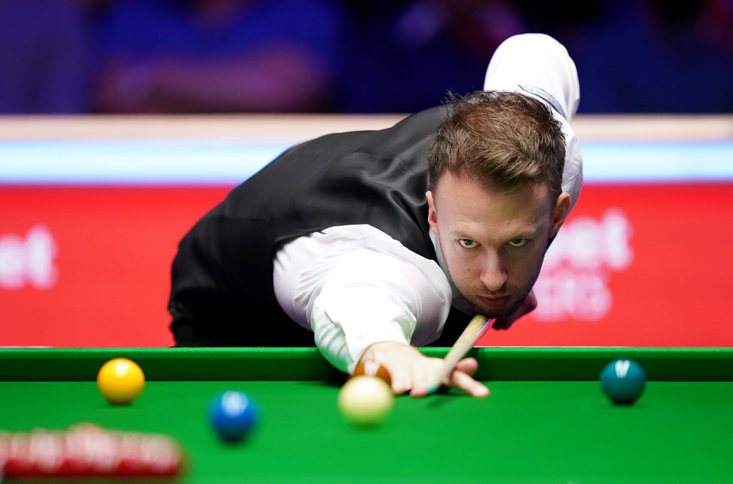 World No6 Higgins, 46, is looking to secure his place at the lucrative and prestigious Tour Championship later in March for the campaign’s best eight players.

That event with longer matches is seen as perfect preparation for next month’s Betfred World Championship at the Crucible – and Higgins stands on the borderline in eighth spot. But there will be a further financial jackpot for one player in Gibraltar.

Should Higgins pocket the £200,000 or even with just any sort of run dependent on other results he would definitely have the chance to win £150,000 more in Llandudno.

Higgins, eyeing a win treble, said: “I want to make sure of my place in the Tour Championship. That is a great tournament with a quality field, and in many ways good preparation for the Crucible with the longer matches.

“It looks like I am right on the bubble in eighth place going in to the Gibraltar Open. So there are players behind me who by winning or even getting to the final could overtake me.

“I am in the position where I could be leapfrogged, so I need to stay positive in Gibraltar and try and do well.There’s a lot to play for out there. As well as the title, I am one of those in the race for the series bonus that will be decided out there. It’s funny how it has worked out.

“There are about 11 players that can still get the bonus by winning the event, and a couple of those might do it just by getting to the final.It may all depend on other results at the tournament but myself and Mark Allen are up there at the top of the race going in.

“So I suppose we know that if we lift the trophy, then that is the chance to win a very decent amount of money and I’ll be trying my hardest out there.”