Snooker
News
Trump has threatened to give the annual tournament a miss
Hector Nunns
10:00, 29 Nov 2022

Judd Trump has warned the organisers of the German Masters that this season’s decimated field in Berlin risks becoming a more regular and permanent problem unless radical changes are made to qualifying and prize money for mainland Europe’s traditionally most prestigious event.

The Juddernaut has threatened to give the annual Tempodrom extravaganza in the New Year a swerve and believes many other top players could do the same unless they are spared the indignity of having to qualify in front of few or no fans with what he deemed below-par table conditions.

Reigning and seven-time world champion Ronnie O’Sullivan decided he didn’t fancy the qualifiers after all and pulled out, while Trump, Mark Selby, John Higgins, recent UK Championship winner Mark Allen, Mark Williams, Ding Junhui, Shaun Murphy and Stuart Bingham all crashed out in the preliminary rounds in Leicester to the horror of the promoters and spectators.

The tournament at the cavernous 2,500-capacity arena in an iconic city that attracts fans from not just Berlin but all over Germany and neighbouring nations  has been mainland Europe’s biggest and most prestigious event since it was revived by Barry Hearn back in 2011 following an earlier event in the 1990s.

Such a cull of big names ahead of the latter stages is something that always can happen in such a qualifying format that trims the field from 128 down to 64 or even 32 – but rarely does. However on this occasion the promoters in Germany and the fans ran out of luck.

And Trump is demanding change to guarantee fans get a look at the leading players as happens in other tournaments such as this week’s Scottish Open – where he won a first-round match 4-0 on Monday against Sanderson Lam in Edinburgh – as well as a boost to a first prize of £80,000 that has remained largely stagnant for nine years. 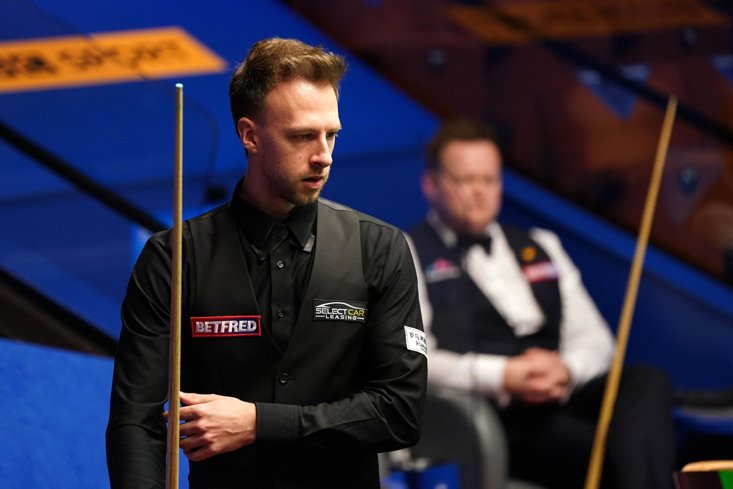 “That makes it really tough for the players to get up for, and the motivation playing in front of nobody with conditions that were not yup to scratch…you will always get those shocks.

“When you get into the main arenas it makes a hell of a difference for the top players and it is something that should have stopped a long time ago.

“And I hope they will look at that and make a few changes from now on. The top 16 nowadays should always have their matches held over to venues.

“It’s not ideal to be playing any of these tournaments in the qualifiers, and I am just happy that with where I am ranked I only have to turn up to that one once a year and even that is too much.

“So for me if they continue to do it like that I will probably do what Ronnie did this year and not play in it next year. It is so demotivating I would rather not put myself through that.

“A lot of the top players don’t enjoy going to them, and maybe next time you could start to see many of them not even enter the event if they have to go through it.

“Something drastic needs to happen with the format, because it is such a good event. But also it hasn’t grown like maybe it should have.

“The amount of spectators and fans that turn up at the final venue warrant it being a major event, but the prize money hasn’t grown since the very start. It is going up all around us, but it has been the same there for the last 10 years.

“And I don’t think it has ever grown into the event that it should be now on the calendar. There should be even more prestige around it, because it is certainly the biggest tournament on mainland Europe.

“Yes, for the fans that wanted to see the likes of me, Ronnie and the other top players I feel sorry for them. I know a lot of them are diehard fans and don’t mind so much.

“And it is disappointing because that is an event I love playing in and look forward to, and others – Shaun Murphy for sure – feel the same…other players are devastated not to be going. We all want to support it but something needs to be done about the whole qualifying set-up.”