It was a busy night both on and off the pitch as Liverpool beat Manchester United 4-2 in a cracker at Old Trafford amid further protests from hundreds of the home side’s fans outside of the ground over the club’s ownership.

Tonight’s game had been rearranged due to a similar anti-Glazer protest ahead of the original fixture on 2 May, but this one went ahead despite Liverpool’s club bus, which proved to be a decoy, being blocked by protesters. We should be grateful because on the pitch we were treated to an absolute humdinger of a match (especially after the dull affair between Aston Villa and Everton earlier).

Jurgen Klopp’s first win at Old Trafford means that Liverpool move up to fifth in the Premier League. They still have a lot of work to do to reach the top four but the club are now just four points behind Chelsea and five behind Leicester with a game in hand on both. 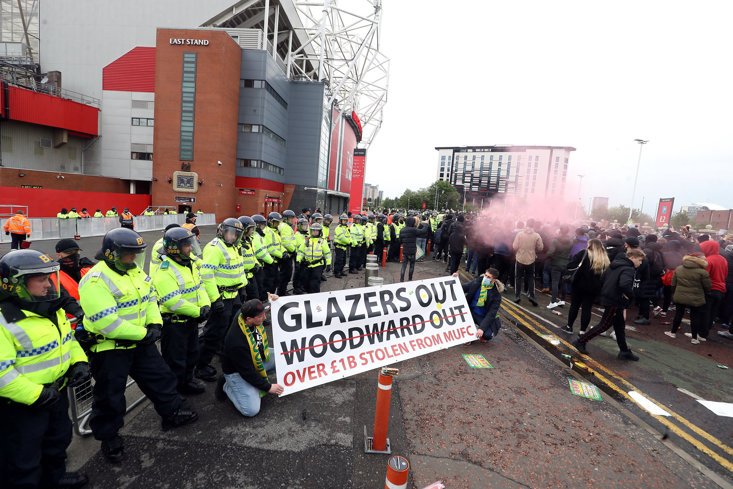 For United, the absence of Harry Maguire was always going to be a big blow and his omission tonight was painfully obvious at times, with lapses in concentration costing the home side on a couple of occasions.

United started the better side and Bruno Fernades opened the scoring after being picked by Aaron Wan-Bissaka on the right. Nat Phillips tried to clear it but could only poke it into his own net. The Portuguese midfielder has now broken Frank Lampard’s record for most goals scored by a Premier League midfielder across all competitions in a single season (28).

The equaliser came through Diogo Jota after United failed to deal with a corner and Phillips was allowed to dribble across the box before drilling a shot. It found its way through the six-yard area and Jota was there to react quickest.

Roberto Firmino, scoring his first goal in 16 appearances in all competitions, ending the longest scoreless run of his Liverpool career, put the visitor’s 2-1 up. The Brazillian escaped some poor marking from Paul Pogba to thump it home with a great header. He got his second soon after the break after some more shambolic defending at the back from United. Luke Shaw gave it away to Jota, who picked out Trent Alexander-Arnold in the box. The full-back hit it towards the near post and Dean Henderson could only parry it as far as Firmino who duly completed his brace.

Marcus Rashford gave the game a grandstand finish when he scored his fiftieth goal at Old Trafford and fifth in five games, but despite a sustained period of pressure on the Liverpool box, it was the away side who would wrap-up the points. Curtis Jones played Mohamed Salah through one-on-one with Henderson, who coolly placed it in the bottom corner. The Egyptian is now level on 21 goals with Tottenham’s Harry Kane in the race for the Premier League’s Golden Boot. 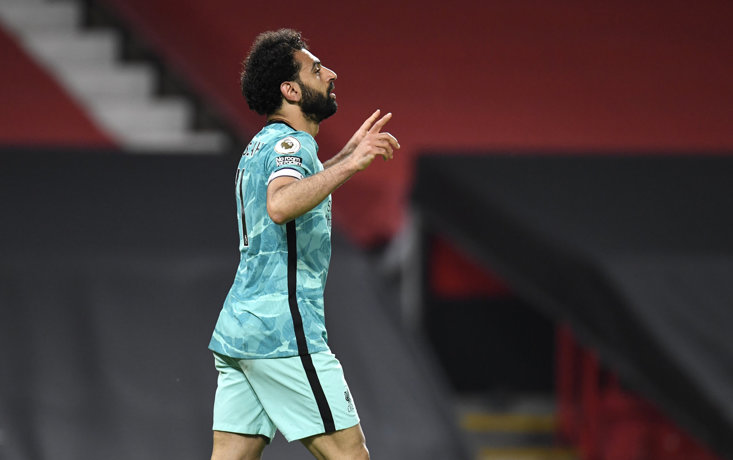 If Liverpool beat West Brom on Sunday, with at least one of Chelsea or Leicester guaranteed to drop points when they face each other next Tuesday, a win at Burnley on Wednesday night would be enough to lift them into the top four.

Speaking after the match, Liverpool’s Nat Phillips told Sky Sports,  "It was a rollercoaster. It was a strange game. It was an ugly match but we had to make it that way at the end to make sure we got the result. It was a big night for us.

"I think we started quite slow. We knew we still had an extra gear. I didn't feel too worried. It was just a matter of time before we started playing the way we could do. To come from behind is always difficult.

"I reacted too late [to Man Utd's opener]. I thought it was going wide at first then I saw it start to curl inwards. It's one of those things."