Naby Keita and Roberto Firmino last week ensured that Liverpool continued on their march to emulate their excellent 2017/18 run in the Champions League, scoring for the Reds at Anfield to take a 2-0 goal advantage to the Estádio do Dragão in their second-leg of Quarter-Final tie against Porto.

The win ensures Liverpool have successfully defended a brilliant home streak on Merseyside, which has seen just one loss in the past year, across 35 games.

A solid performance in the return-leg in Portugal this week will allow Liverpool progression into the Champions League semi-finals for the second successive season, and also extend an unbeaten run over Porto up to eight games.

Liverpool have progressed from all nine of their previous two-legged European ties under manager Jurgen Klopp.

These feature four throughout the successful run to the 2015/16 Europa League Final, where they were ultimately beaten by Unai Emery’s Sevilla, and their knockout stage ties last year.

Furthermore, this also includes the initial qualification game for the tournament. In the 2016/17 Premier League season, Liverpool finished in that last coveted spot in the table, fourth, their preliminary games to enter the main competition for the first time in three seasons producing back-to-back wins over Bundesliga side Hoffenheim, by an aggregate score of 6-3.

After topping their group, the Reds were able to bypass Porto - by an aggregate score of 5-0 after a brilliant result at the Primeira Liga side’s ground - Manchester City in the Quarter-Finals, and Roma in the Semi-Finals, to face Real Madrid bidding for their third consecutive title, in Kiev.

Klopp has been manager of Liverpool since October 2015, after taking over from Brendan Rodgers, and quickly endeared himself to Kopites, leading the side to three finals in three years.

Though silverware hasn’t been forthcoming, this season Liverpool are currently running a double-charge not only for the Champions League, but their biggest domestic top-tier title challenge in nearly three decades.

Klopp and Liverpool fans everywhere will be hoping the side make it a big, fat, round ten from ten knockout fixtures for the German by finishing the job in Porto. 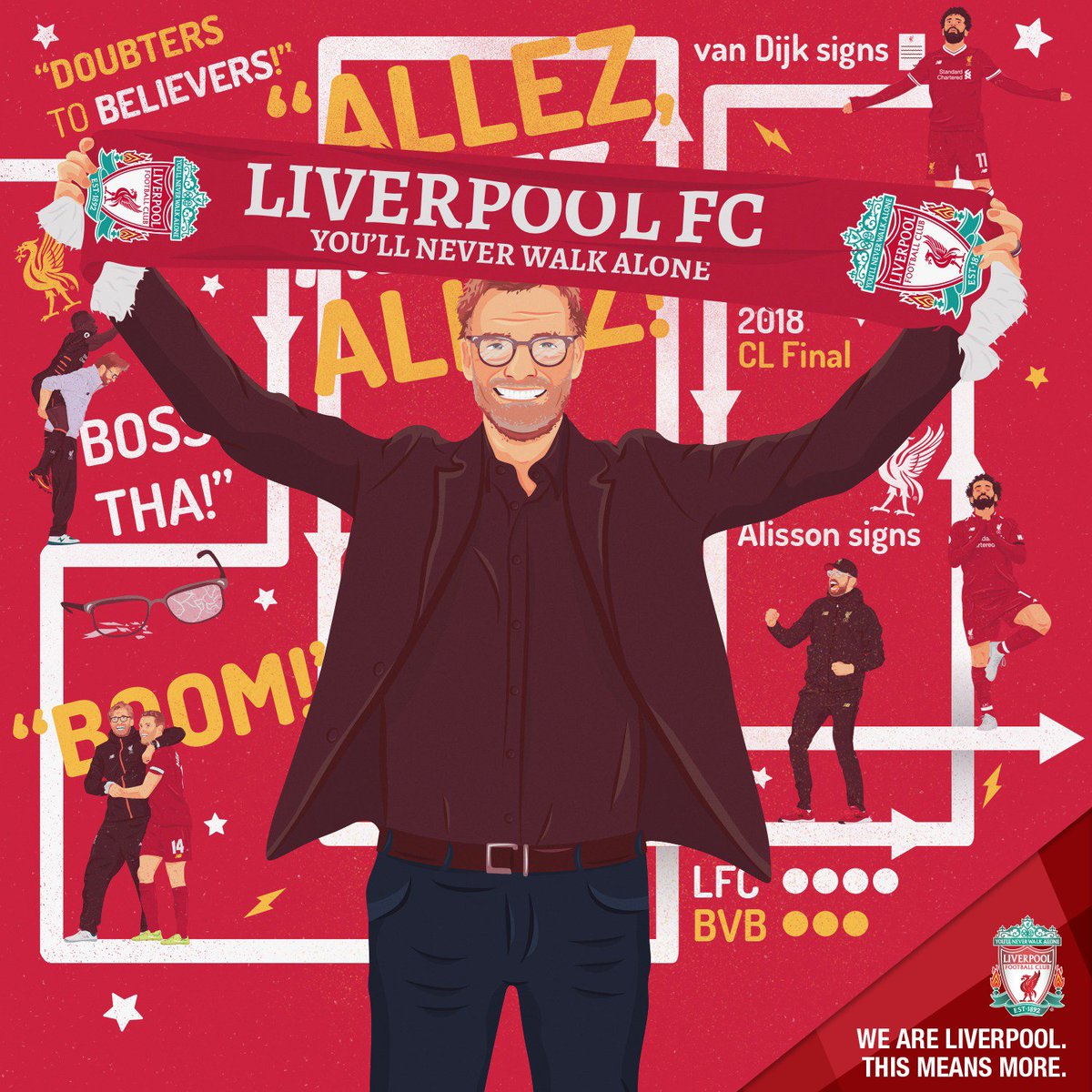