As Liverpool romped home to the Premier League title last season, winning every week took care of itself. The momentum and confidence of claiming three points here, there and everywhere swept them along and there was no stopping them.

However, this time around, they have stuttered and will have to think back to 2020 to remember what it is like to win at Anfield having lost their last six home games on the bounce. Luckily for the Reds they are away this weekend and take on Arsenal on Saturday having beaten Wolves 1-0 on the road nearly two weeks ago.

While any hopes of defending their champions crown are long gone as they sit 25 points behind leaders Manchester City having lost nine league matches already, Jurgen Klopp has told his men to just "go for it" in the race for the top four. They have faltered so often recently that, while there will always be immense pressure at a club like Liverpool, really the shackles are off now with nine games left to play.

A successful domestic season will be to salvage something from a campaign full of setbacks and a top four finish would put the Merseysiders back on track. In no way would they celebrate finishing three places off top spot but it will secure another season in Europe’s premier competition and is key. 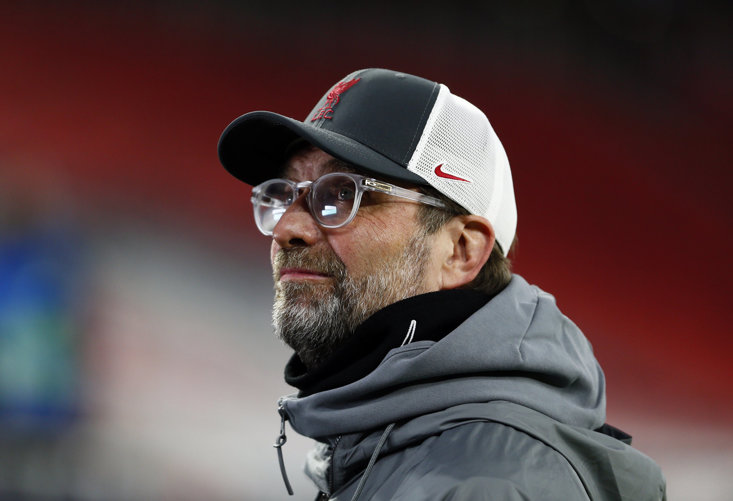 Heading to the Emirates on Saturday, Liverpool have only won away at Arsenal twice in their last 20 attempts, but Klopp wants his players to show their intent and play with confidence, which will be vital, especially when you consider they take on Real Madrid in Europe on Tuesday.

“We don’t have a lot of points to waste any more but we have a tough programme on top of that, not only in the Premier League but the Champions League as well,” said the Liverpool boss on Friday. “We will not hesitate, we will just go for it and hopefully we can do that on Saturday.

“It is always a challenge for teams after the international break, with players coming back from their countries having played different systems and different match plans.

“We have one session to bring it all together again and that’s a challenge but we are used to it.”

While the Gunners are down in ninth, having fought back for a point at West Ham having been three down on 32 minutes last time out, Klopp is anticipating a hard game.

“There is no guarantee it works but we will go for it. Whoever plays away at Arsenal should not expect to have the points already.

“We know whatever we want for the rest of the season we can only get it if we win football games, and the first one is tomorrow night at Arsenal.

“It is a tough one but it should be a tough one for Arsenal as well. That is my intention, to make sure we are exactly the sort of opponent Arsenal doesn’t want to face this week.

“We have to put up a proper fight out there and defend at our absolutely top level, and if we do that we have a chance. If not, not.”

The Reds still have to go to Leeds and Manchester United this season and are currently five points off the top four. They really do just have to put the disappointment behind them and "go for it" and ensure they finish on a high.