Barcelona have managed to do a lot with very little in this transfer window. The Catalan giants have brought Robert Lewandowski, Raphinha, Franck Kessie and Andreas Christensen to Camp Nou. They have done this with reported debts in the region of €1 billion. As Bayern Munich head coach Julian Nagelsmann put it this week, “It is the only club in the world that have no money, but then buy all the players they want.”

Barcelona seem to be fighting against their own financial recklessness and, somehow, they are winning. But the 26-time La Liga champions are fighting a far graver battle for their own soul. This battle is being lost.

The team that prides itself on being “Mes Que Un Club”, more than a club, has begun acting like your garden variety superclub. That erosion has been happening for a while. The modern Barcelona was built on a top-to-bottom ethos forged by Johan Cruyff. The most strident figure in the club’s history, the Dutch icon played for and managed Barcelona. But more than that, he instilled a belief, a way of playing and a philosophy that has been carried on almost ever since.

Those values are chipped away little by little almost every single day. The feted La Masia production line still serves up prospects like Ansu Fati but other graduates like Sergi Roberto and Alex Collado have floundered. Instead it has been young players signed from elsewhere like Pedri and Ronald Araujo who have come to prominence.

Recruiting young talent is still at least a link to Barcelona’s glorious recent past. But the club’s scattergun approach to transfers is where the real disconnect is with the successful Barca sides of Cruyff or Guardiola. Memphis Depay, Adama Traore, Martin Braithwaite, Luuk de Jong, Pierre-Emerick Aubameyang, Miralem Pjanic and a return for 38-year old Dani Alves read like the transfers a five-year-old would make on FIFA 22. Yet these were all loans or permanent deals Barcelona have made in the last three years. 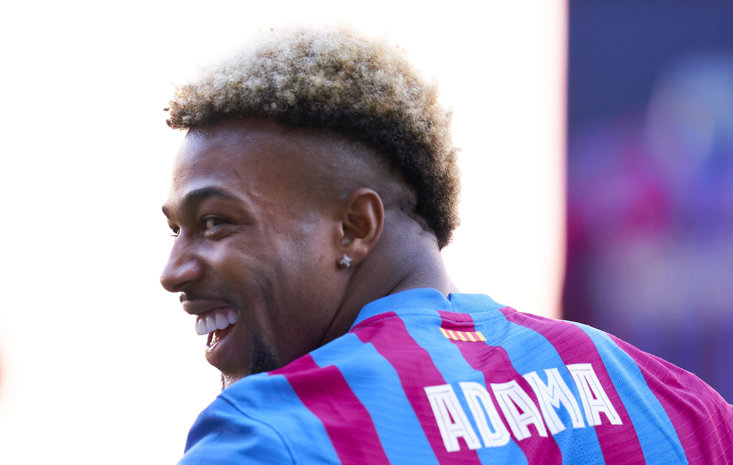 Barcelona seem to have moved away from this plan of ordering players from a 2015 World Soccer Annual like it’s the Argos catalogue and have moved into their Real Madrid phase. The Clasico rivals on either side of the divide won’t thank me for saying it, but signings like Lewandowski and Raphinha being made with little thought for how such a move affects the club’s bank balance is peak Bernabeu.

Barcelona were supposed to be the holistic talent factory built on homegrown stars and decorated with carefully chosen buys from elsewhere. The occasional Luis Suarez to bolster a side blessed with Lionel Messi, Xavi and Andres Iniesta. But now there is no core of La Masia starlets. Instead the modern Barcelona evokes Madrid at their most opulent, throwing endless supplies of money at anything with a pulse and a name.

Even the grand old Camp Nou has been grossly modernised. In order to try to line the bottom of the money pit, the 99,000-seater cauldron is now known as the ‘Spotify Camp Nou’. Barcelona’s iconic ground has changed its name. Another little piece of heritage has been chipped away.

Barcelona used to be easy to love. They had arguably the world’s best footballer, backed him up with the absolute cream of an elite level academy and a romance seen in the culture and style of the club as forged by figures like Cruyff, Louis van Gaal and Bobby Robson. Now they have no money, no ethos, no culture. Just an endless stack of players they can’t afford and a big corporate logo slapped on their ground. After selling us all an impossible dream of a European giant that does things differently, it turns out Barcelona really is just “un club” after all.