Football
News
Romelu Lukaku was forced to watch on from the bench
Simon Lillicrap
22:03, 22 Feb 2022

Chelsea recorded a 2-0 win over Lille at Stamford Bridge courtesy of goals from Christian Pulisic, and the man who started as a false nine, Kai Havertz. The German has been deployed in that position before by his countryman and now seems to be in his manager’s first eleven, above the maligned Romelu Lukaku and Timo Werner.

It gives Tuchel an added dimension to consider but the bare facts of it are this. Chelsea are a better team without Lukaku on the pitch. They were fairly fluid in front of goal due to Havertz’s free role, and he could have had a hat-trick on an evening where he opened the scoring with a towering header.

The European champions paraded their recently won Club World Cup before kick-off and they enjoyed a positive night in Europe, although injuries to both Mateo Kovacic and Hakim Ziyech, both of whom had to be withdrawn, took the gloss off their win. From this position, they should make the last eight, but Tuchel’s Lukaku issue just won’t budge.

Of course, the simplest solution right now is just to leave him on the bench, as he did tonight. Havertz was everywhere in the opening period of the game and missed an opening within four minutes after Chelsea worked the ball on the right as Cesar Azpillicueta fired the ball in and Havertz could only steer it over the bar with his left foot.

The German nearly had the opener after some smart footwork in the box but his left footed effort was tipped around the post but from the resulting corner, he would open the scoring. His aerial ability is somewhat underrated, but the man who won them the Champions League final in May rose like a salmon to nod in Ziyech’s corner within the opening ten minutes.

Lille nearly found an equaliser straight away as Renato Sanches whipped in a low ball that was accidentally cleared over his own crossbar by Antonio Rudiger. Chelsea got themselves back on top as Marcos Alonso’s tame volley was collected, but Lille were no pushovers as they attempted to recover from their poor start.

Sanches, who has been such an enigma since winning Euro 2016 - flopping at Swansea but shining in Lille’s title-winning season - was on-form, and caused Chelsea’s back-line problems when he had the ball at his feet. His talent is indisputable and in France, he has developed into a man.

The Blues lead 1-0 at the break, but failed to capitalise on a blistering start. 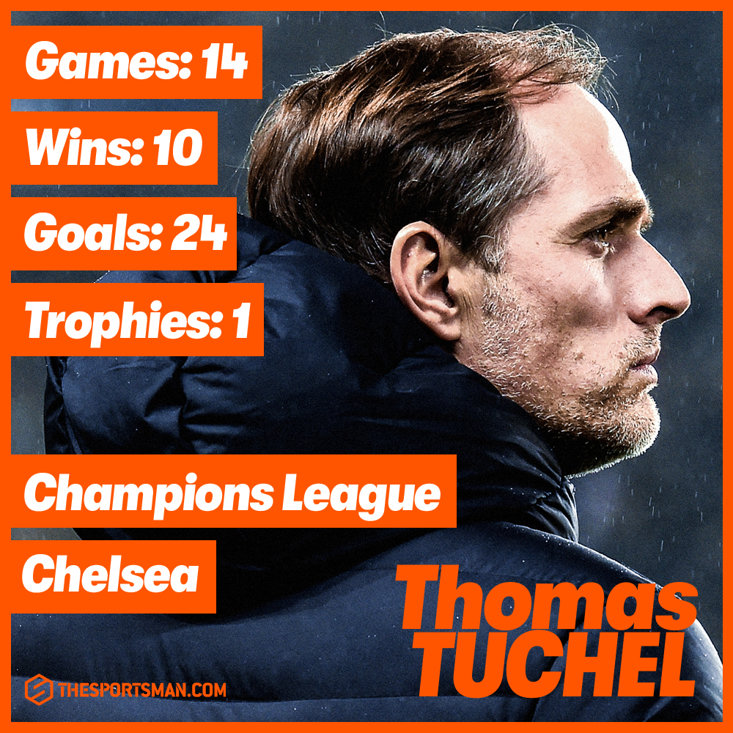 The second half began with drive for the hosts as Alonso’s effort was blocked, and Loftus-Cheek coming on for the injured Mateo Kovacic certainly gave them more physicality in the middle of the park. Ziyech limped off before the hour as Thomas Tuchel’s injury issues mounted with Saul Niguez replacing him

With the changes, came a renewed energy, and the vital second goal. N’Golo Kante opened up his legs in midfield and carried the ball half the length of the pitch before playing in Pulisic on the left, and he took one touch before finishing past Leo Jardim in the away goal.

It was a goal on a night that Chelsea needed, to give them a bit of breathing space ahead of the second leg. Lukaku was left on the bench as Timo Werner came on late on, and perhaps that is the biggest sign that Tuchel still isn’t quite sure what to do with his record signing. One thing is for sure though the problem isn’t going away.

The front three of Pulisic, Havertz and Ziyech all contributed tonight, and although the latter went off injured which could open the door domestically for Lukaku, in Europe, it seems he just doesn’t feature in Tuchel’s best starting XI. The European champions won the Champions League without him last term, and now, twelve months on, it looks as if Plan A is to try and do the same thing again.

They’ll take a two-goal cushion to Lille in three weeks time, which should be enough to see them into the last eight, barring a collapse. Tuchel’s team are winning even when they aren’t at their best. A sign of champions?