Football
News
Dembele’s contract is due to expire at the end of the current season
Graham Semple
06:55, 24 Apr 2022

Such is the desire to identify and acclaim tomorrow’s superstars; budding professionals are being lauded and rewarded for potential rather than accomplishments.

The influence of social media and the popularity of football management video games have increased the profile of the next generation of young hopefuls - and glossy highlight reels have ushered in an era where hype often trumps substance.

Karamoko Dembele, at 19-years-old, is already an established veteran in the social media world. His talent was identified and known at a tender age, and his development has been chronicled on YouTube. The Celtic starlet is an online sensation, and compilation videos of his jinking runs have racked up millions of views.

The diminutive winger made his top team debut at the age of sixteen - and his progression into the senior ranks was handled with military precision. Three years have passed since his first outing in green and white though, and he is yet to start a match for his boyhood club.

Dembele has made just eight further appearances from the bench since receiving a rapturous reception from the Parkhead faithful on his debut - a wholesome welcome usually saved for legendary figures. Strained relations with Neil Lennon and injury issues curtailed his pitch-time in recent campaigns, but he has remained on the fringes under Ange Postecoglou.

A fractured ankle in pre-season, not helped by complications, damaged the teenager’s hopes of cementing a starting place under Postecoglou. Despite being enthused by the youngster, the Australian has been reluctant to utilise the Englishman’s services. 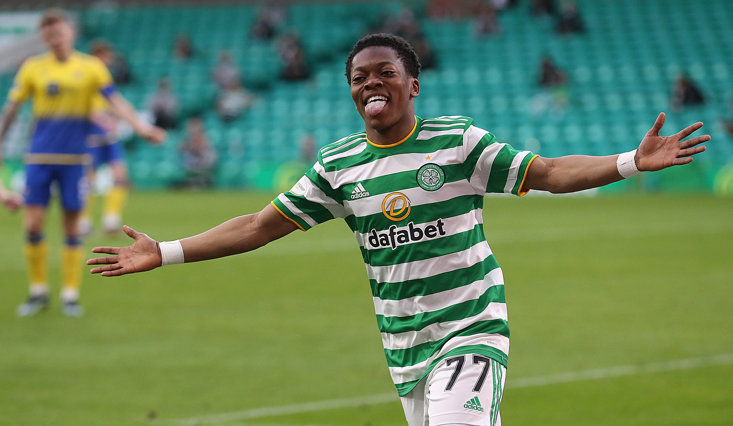 Postecoglou has repeatedly stressed throughout his tenure that he only wants players committed to the cause in his dressing-room. Dembele’s contract is due to expire at the end of the current season, and his most recent appearance was, perhaps unsurprisingly, in less salubrious surroundings than Celtic Park.

Dembele started for Celtic B in a penalty shootout defeat to Rangers in the Glasgow Cup earlier this week. For the majority of the game, he was on the periphery, isolated on the right flank, yet his speed, quick feet and dribbling became a factor in the closing stages.

As it stands, Dembele will exit Celtic in the summer. His next destination remains unknown, but he will not be short of suitors. Premier League clubs will likely attempt to seduce him, but he should avoid development leagues and seek first-team opportunities.

Karamoko’s brother, Siriki, should be a source of inspiration. His older sibling encountered setbacks early in his career, but he earned his stripes in the lower leagues and is now on the brink of the Premier League with Bournemouth. As Siriki has demonstrated, sometimes it is necessary to take a step back before advancing again - and Karamoko will hopefully consider the big picture when contemplating his next move.

Dembele, capped at youth level for England and Scotland, has reportedly held talks with Ivory Coast regarding his international options. Recent setbacks have not dampened the intrigue and fascination surrounding the much-discussed teenager, but his short-term future is of a greater concern.

Dembele has shown fleeting glimpses of his skillset in cameo appearances for Celtic, yet it remains unclear if he can handle the physical demands of first-team football. He has time on his side, but his progress has undoubtedly stalled in the last 18 months.

The list of players that have failed to deliver on early promise is lengthy - and Dembele has to ensure he doesn’t join the tale of woe. The winger, indulged throughout his short career, also has to demonstrate his desire to succeed hasn’t been compromised by too much too soon.