Boxing
News
This Friday promises to be another hard-hitting event under the Fightzone banner
Gary Maiden
13:05, 28 May 2021

Friday night boxing is back with a bang. Kash Ali (18-1) headlines the Sheffield show this Friday as he challenges Tomas Salek for the vacant IBF European heavyweight title, and has promised to let “some big bombs go” when the bell rings.

Last time out under the Fightzone banner, Ali’s ferocious body blows gave Phil Williams a torrid evening, who refused to come out for any more punishment at the start of the fourth session. A win over his Czech opponent in Yorkshire this weekend would see him ranked with the IBF, potentially setting up some big fights in the future.

It’s an opportunity that the Birmingham fighter is desperate to take advantage of. Speaking exclusively to The Sportsman, he said, “I’ve put the work in, trained hard, looked after myself and I’m ready for a performance.

“This puts me in the world rankings. From there I can be in some big, big fights later on this year. You go around sparring the top guys, I’ve been there and seen it all. I’m ready to have these big fights myself now.”

Ali, whose only blemish on his record is a controversial disqualification against Liverpool’s David Price, has sparred with some of the best heavyweights around, including former world champion Joseph Parker, Dillian Whyte and Dereck Chisora, and believes it’s only a matter of time before he is involved at that level.

“They’ve probably got more experience than me, but skill wise I believe I’m up there with any of them. I’ve sparred them all and I don’t see what they can do better than me. It’s time to prove it now.” 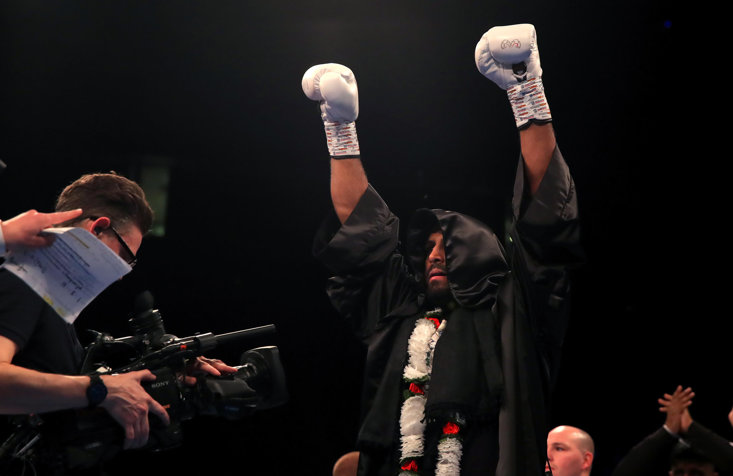 High up on the bill in the last Fightzone show, Ali was full of praise for the new platform that has given him an opportunity to headline an event.

“It’s a massive platform. I’m excited and so should everyone else be.

“There have been times before when I’m running around selling my own tickets, where I should be resting, now I’m topping my own bill.

“Fightzone have given a platform to kids who, if they’re not on Sky, nobody’s going to see them.

“In England, nobody has seen the talent that we’ve got and now Fightzone gives us all the perfect opportunity for us all to shine on that big platform.

“The TV, the bright lights, the cameras, the press. It all makes a big fight. I hope everyone gets behind us.”

Ali’s admiration for some of the younger fighters on the card is clear, and he is delighted to be part of a show that gives them an opportunity that previously wasn’t available to them.

“There’s so much talent in Britain.

“If you’re an Olympian, I respect that you’ve got to fight on TV. There also should be something for people who aren’t Olympians but are talented.

“There will be kids fighting who are better than those on Box Office shows. This is the perfect opportunity, it’s equal ground now.

The heavyweight made one final promise ahead of his 20th professional bout.

“Everyone should tune in. It’s a big fight, I’m letting some big bombs go. Friday night boxing, it’s back baby.”

Also on the card is unbeaten Lancashire prospect Josh Holmes, who is aiming for the very top. Holmes, 25, has trained out of Freddie Roach’s Wild Card gym in Hollywood, and believes it is only a matter of time before he is involved in some big fights himself.

There’s no rush, I’m still young, but I’m improving massively. When I’m switched on and in my flow I’m very hard to box, I could say unbeatable.”

Like Ali, Holmes was also full of praise for Fightzone, adding, “I think it’s mega. The platform that they’re giving us young fighters, it’s great. We wouldn’t have this opportunity to box through Covid, but they’re guaranteeing that we stay busy. It’s only good things.”

Another unbeaten boxer on the bill is 3-0 Zac Miller, who stole the show last time out with a first round stoppage of the durable Michael Horabin. As the first man to stop the Cheshire fighter in six fights, Miller believes it shows his intent in the ring.

“He’s a tough kid. I found my range straight away and he couldn’t handle the pressure. Only the top kids get him out of there, I was the first one in a while.”

Miller is another boxer with nothing but praise for the Fightzone platform and is thankful for the opportunity that is has given fighters like him.

“Fightzone is creating opportunities for kids who are on the way up to get out there and show people what we can do.

“A lot of people won’t see us unless they bought a ticket, whereas now they see us on Fightzone and think ‘I’m going to follow him’, and before you know it, we’ll be household names.”

At just £4.99 per month, Fightzone gives boxing fans a chance to watch live events every week, with some of the UK’s top talent on show. This Friday promises to be another hard-hitting event not to be missed. 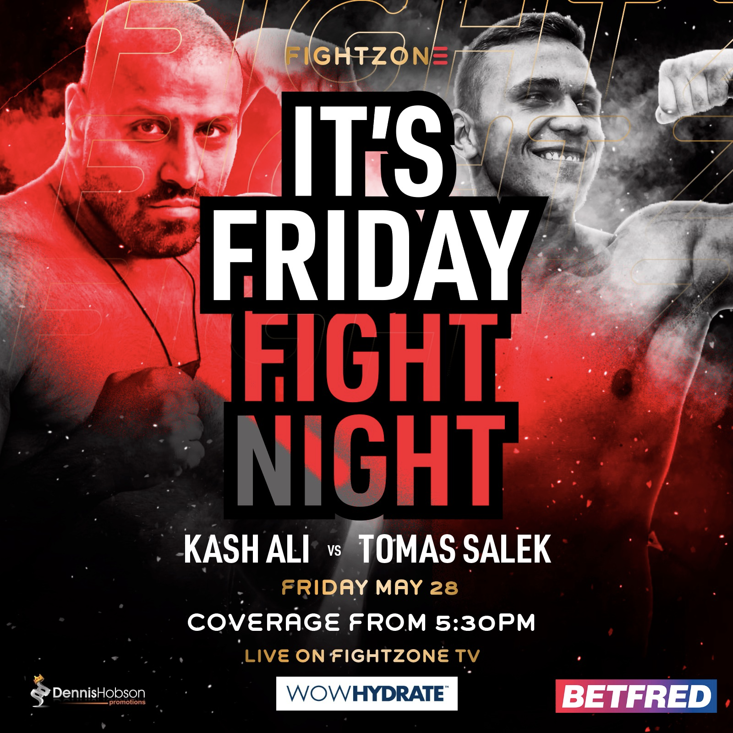 x
Suggested Searches:
Manchester United
Liverpool
Manchester City
Marcus Rashford
Premier League
More
boxing
Inoue, Charlo And Munguia Top A Bumper Weekend Of Boxing
Teofimo Lopez may not be fighting this weekend after testing positive for Covid-19, but there remain [ ... ]
boxing
From Rocky Road to Richards: Fielding On Canelo, The Caymans...
It was a surreal moment when Lerrone Richards crooned ‘Hot Cross Buns’ down a Sky Sports [ ... ]
boxing
Matchroom Fight Camp Returns With Conor Benn Headlining Opener
Eddie Hearn and Matchroom Boxing have announced the return of Fight Camp this summer with Conor Benn [ ... ]
boxing
Claressa Shields Wins On MMA Debut, Five Boxing Stories You...
Claressa Shields crossed over to MMA and won, Billy Joe Saunders is considering retirement after his [ ... ]
boxing
Daniel Dubois Targeting World Heavyweight Title, And Wants Joe...
After Daniel Dubois’ successful return at the weekend in stopping Bogdan Dinu inside two rounds, [ ... ]
boxing
Third Time Lucky - Emotional Frazer Clarke Finally Secures Olympics...
After securing a place at this summer’s Tokyo Olympics, Frazer Clarke becomes the latest Team [ ... ]
boxing
Logan Paul-Floyd Mayweather: Where Will The Farcical Celebrity...
No judges. No official record of the fight. No winner. Unless of course, you are Floyd Mayweather, who [ ... ]
boxing
How Logan Paul Went From The Internet's Biggest Disgrace To...
On December 31 2017, Logan Paul uploaded a video that would make him the internet’s number one [ ... ]
boxing
Daniel Dubois Bounces Back From Joe Joyce Defeat With Second-Round...
British heavyweight hopeful Daniel Dubois made short work of his return to action following his 2020 [ ... ]
boxing
Floyd Mayweather vs Logan Paul: Everything You Need To Know
The exhibition between 50-0, five-weight world champion Floyd Mayweather and 0-1 YouTube extraordinaire [ ... ]
boxing
Bradley Skeete Targeting World Title Ahead of Fightzone Return
Former British and Commonwealth welterweight champion Bradley Skeete makes his return to the ring on [ ... ]
boxing
Deontay Doubles Down On Cheating Claims, Five Boxing Stories...
Deontay Wilder refuses to drop accusations that Tyson Fury cheated against him, Jake Paul has ensured [ ... ]
boxing
Mayweather Will Beat Logan Paul Then Fight Jake, Says Former...
Ahead of Floyd Mayweather’s curious exhibition match with YouTuber Logan Paul in Miami this weekend, [ ... ]
boxing
Tommy Fury Deserves Credit For Avoiding Boxing’s Shortcuts
Instagram followers: 3.4million Twitter followers: 232,500 TikTok likes: 257,400 The above is a quick [ ... ]
boxing
Jake Paul's Next Foe Tyron Woodley Is A Different Beast Entirely...
YouTube sensation Jake Paul is set to fight former UFC star Tyron Woodley in what will be his fourth [ ... ]
boxing
What Would The Fallout Be If Logan Paul Was To Beat Floyd Mayweather?
We’ve been here before.  “All it takes is one punch and Conor McGregor’s got [ ... ]
boxing
Nonito Donaire Is Back On Top And Has Sights Set On A Monster...
Nonito Donaire last night proved that Manny Pacquiao isn’t the only fighting man from the Philippines [ ... ]
boxing
Devin Haney Survives Late Scare Against Jorge Linares, Calls...
Devin Haney survived a late scare against Jorge Linares in Las Vegas on Saturday night to successfully [ ... ]
boxing
Devin Haney Looks To End Jorge Linares’ Incredible Matchroom...
Devin Haney defends his WBC Light Welterweight title against veteran Jorge Linares on Saturday night, [ ... ]
boxing
Kash Ali Targeting World Title After Dominant Stoppage Win
Kash Ali was true to his word in stopping Tomas Salek to win the vacant IBF European heavyweight [ ... ]
boxing
Cris Cyborg Could Take On Katie Taylor Next Year, Five Boxing...
The boxing world might still be abuzz from the fallout of Tyson Fury and Anthony Joshua’s heavyweight [ ... ]
boxing
Lack Of UK Coverage On Josh Taylor Fight An “Utter Disgrace,”...
Josh Taylor etched his name into the boxing history books last weekend when he beat Jose Ramirez to [ ... ]
boxing
Pacquiao v Spence Jr: Would Victory Against 'The Truth' Be Pac-Man's...
Where to begin with Manny Pacquiao? Boxing’s only eight-division world champion would be forgiven [ ... ]
boxing
'Dynamite' Dubois Ready To Reignite His Young Career Against...
It seemed like the entire boxing world turned against Daniel Dubois when he took a knee to hand Joe [ ... ]
boxing
From Terence Crawford To Teofimo Lopez, Who Could Josh Taylor...
Josh Taylor took a giant leap into the history books after beating Jose Ramirez in Las Vegas this [ ... ]
boxing
Like Buchanan Before Him, Josh Taylor Is Ready For A Place In...
All the talk this week might be about the undisputed fight that isn’t happening anytime soon [ ... ]
boxing
Caleb Plant Welcomes Canelo Challenge, Five Boxing Stories You...
Sick of the Anthony Joshua, Tyson Fury, Deontay Wilder and Oleksandr Usyk merry-go-round yet? AJ and [ ... ]
boxing
Josh Taylor “Has The War Paint On” As Tartan Tornado Prepares...
IBF and WBA light-welterweight champion Josh Taylor will be looking to etch his name in the history [ ... ]
boxing
He’s A Boxing Legend But Bob Arum Has Dropped The Ball On Joshua...
The heavyweight unification clash between Anthony Joshua and Tyson Fury is teetering on the edge of [ ... ]
boxing
Hearn Wants Clarity On Joshua-Fury Fight Hopes By The End Of...
Eddie Hearn insists “conversations are ongoing” regarding a fight between Anthony Joshua [ ... ]