Kasper Schmeichel will walk out at Elland Road to strangely familiar surroundings. Just over a decade ago, having escaped Manchester City and shone during a chaotic spell at Notts County, he made the decision to join Leeds United - a club finally promoted back to the second tier after a catastrophic downfall.

It was a decision that would be one of the worst of his career, but it wouldn’t halt him on his ultimate journey to becoming a Premier League winner, and one of the best goalkeepers in the world. But back then, he was an out of contract 24-year-old, looking for the next step up the footballing ladder.

In a brilliant, and refreshingly honest chat on Joe Hart’s YouTube series Gloved Schmeichel opened up about the move.

Kasper’s famous father is of course, one of the greatest Premier League goalkeepers of all time, Peter Schmeichel. The Dane became a Manchester United legend in the 1990s, culminating in him winning the treble and lifting the Champions League trophy at the Camp Nou.

With a surname that carried so much weight, it seemed that Leeds as a club were unable to take him in as one of their own.

“It was a club where I was not accepted and with my father’s history, it was evident among the fans that they did not approve of that,” Schmeichel admitted.

“I just didn’t feel welcome at all at the club, by the whole club, that’s the manager (Simon Grayson at the time) as well. He didn’t give me any kind of confidence.”

Leeds and Schmeichel enjoyed a fairly positive season, as the keeper made 37 appearances and helped his side to a 7th place finish, but the club were hoping to get up to the Premier League quickly, and felt they could improve their number one.

“I had a decent season, I thought. I didn’t set the world alight but I had a solid enough season, but I did not enjoy my time there at all. It was a really bad time. 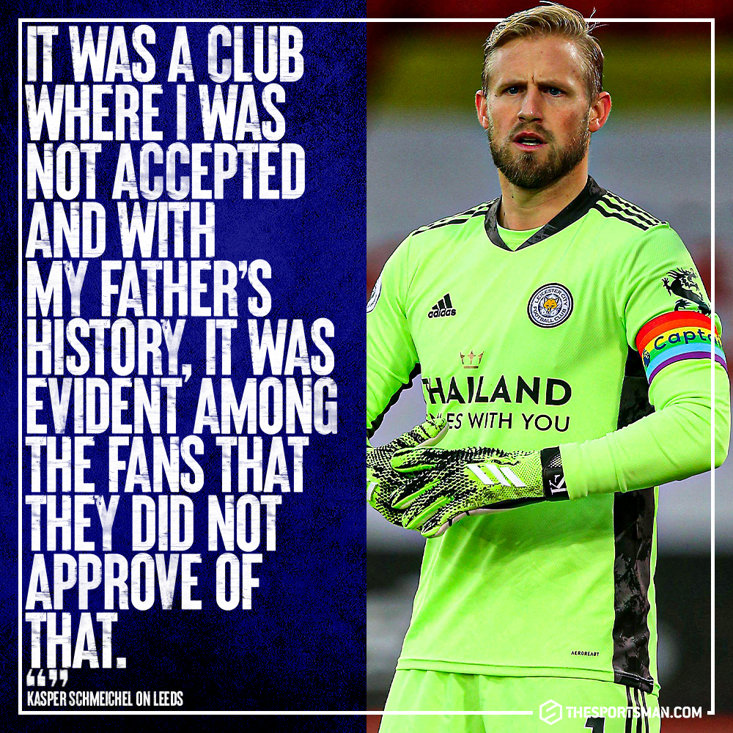 “Then I was at home in Denmark (for the summer). Sven called me and said: ‘Do you want to come to Leicester?’ I was like: ‘Yes, get me away.’

“But then after I’d spoken to him, I thought: ‘I’m moving, moving, moving. I need to stay somewhere. People will see me as this guy that will play here, play there. I need to tough this out. I’ve got to stay.’”

That summer, he had decided to stick things out with Leeds and fight for his first team place, given he had moved clubs too often in the past two years. However, while in his homeland, he then claimed his move away from Elland Road happened without his knowledge.

“About two weeks go by, I’m in Copenhagen still when one of my friends rings me and goes: ‘Congratulations!’’ he explained to Hart.

“‘What do you mean I’ve moved to Leicester?! How do you know about that?’

“It’s on all the Danish papers that I’m signing for Leicester. There’s an official statement from Leeds, an official comment from Simon Grayson that they’d reached an agreement. I drove up to my dad’s house and we turned the TV on, we had English TV, and it was on the ticker tape on Sky Sports.”

Panic began for Schmeichel and his father, who both could not understand how this had happened, given no contract had been signed and Kasper has told Leeds of his intention to stay. 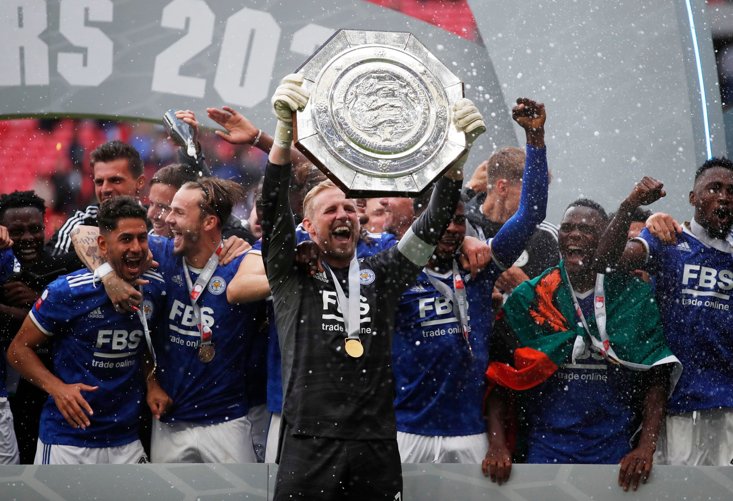 “I tried ringing the club, but no-one is picking their phone up. Finally, a few hours later, I get a call from Simon Grayson, who said they’d accepted a deal.

“So I had to put out a statement saying Leeds had accepted a deal but it was without my knowledge. If they want me to leave, we’ll have to talk about it.

“Then I had Ken Bates ring me and the gist was that either I left or I was with the academy for the season. I’d already said no to Leicester at this point because I thought I needed to play. They were in the process of signing someone else.

“In the end, he rang me back about 11 at night and said: ‘We’ll get it done’. I travelled to Leicester the day after, had a medical, got it done.”

It was a summer of chaos that would set Schmeichel on the path to greatness. Since he joined the Foxes he has won the Championship, the Premier League, the FA Cup and the Community Shield while also getting the chance to play in the Champions League and the Europa League. Importantly for the then young goalkeeper, after a season of turmoil, Leicester just felt like the right move.

“Straight away, I felt it was a club that wanted me. I felt welcomed and felt at home instantly.”

Given the way things ended in Yorkshire, he will be hoping to make a big impact in front of a packed Norman Hunter Stand and silence those doubters that could not grow to love him a decade ago. But in truth, Schmeichel doesn’t have anything to prove, his trophies at Leicester speak for themselves.