Athletics
News
The British Athletics Grand Prix will provide the 28-year-old with the perfect competitive experience she needs ahead of the Olympics
Conor Keane
12:02, 13 Jul 2021

Katarina Johnson-Thompson will be eyeing success at the British Athletics Grand Prix in the bid to be fully-prepared for the Olympics in Tokyo later this month.

The British heptathlon world champion said she is fully fit after recovering from a ruptured Achilles tendon which she suffered at the end of last year and has her sights firmly set on Japan.

After her 2019 world title win in Doha, where she beat Rio 2016 Olympic champion Nafi Thiam of Belgium, Johnson-Thompson surfaced as one of Britain’s top gold medal prospects for this summer’s Games, which commence on July 23. The 28-year-old steps up her preparation by competing in the long jump at the Diamond League meeting in Gateshead on Tuesday.

She said, “It’s been a long, tough road but I’m glad that I’m at the other end of it. I ruptured my Achilles in late December.

“The lowest part was definitely the impact when it happened and trying to readjust realities and certain preparations for something that I’ve been preparing for five years.

“At one point, it could have gone one of two ways but I’m glad it went in the best direction for me where I’m able to compete at my third Olympics. I’m fully fit and ready to go.” 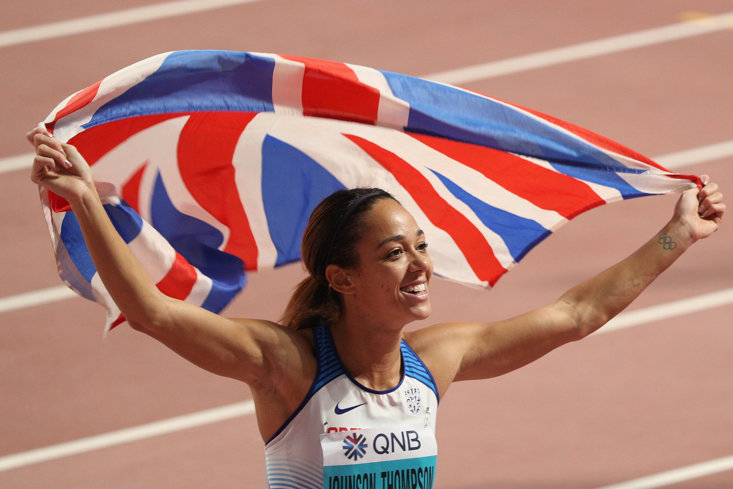 Following her success in Doha two years ago, Johnson-Thompson was always going to have her eye on a gold medal at Tokyo. It was a great shame that her injury came at a time of peak preparation building up to the Olympics but she is confident she can still compete for a medal as it has forced her to work even harder to get into the position she is currently in.

“That’s my aim [win a medal],” the Liverpudlian added. “I wouldn’t have worked so hard as I have for the last seven months to get to the position I’m in.”

Johnson-Thompson made It clear that she needs competitive practice to get an idea of where her performance levels are.

The British Athletics Grand Prix will provide the 28-year-old with the perfect competitive experience she needs ahead of the Olympics and there is a strong hope that she can reach and even surpass the levels she set in 2019.