Anthony Joshua, the dethroned three-belt king of the heavyweight division, sat stoically in the post-fight press conference, as eager newsmen queried his fresh anguish. The former Olympic champion had just lost his grip on three-quarters of the world championship at the educated fists of Oleksandr Usyk. His eyes were puffy, his posture betraying his weariness after 12 rounds of harsh lessons from the Ukrainian master. Joshua spoke with a calm honestly, underpinned with a determination to get the man who had humbled him back into a prize ring. Almost every question ended with ‘AJ’ speculating on what will happen next time. How things will be different when these men meet again, as they are contractually bound to do. Joshua’s calm in the middle of a swirling storm, amongst the rippling chatter of his downfall, called to mind another of Britain’s heavyweight greats.

The through-line from the legendary Lennox Lewis to Saturday’s defeated gladiator is a strong one. Both won Olympic gold medals and went on to claim their first world titles in relatively short order (16 fights for Joshua, 22 for Lewis). They also both commanded more respect than admiration, battling in the court of public opinion against more candid, unguarded personalities.

For Lewis, even a 1993 knockout win over Frank Bruno was not enough for him to supersede the incredibly popular Hammersmith fighter as a national icon. Britons were more enamoured with Bruno’s series of dramatic near misses, against the likes of Mike Tyson and Tim Witherspoon, than Lewis actually capturing the title Frank fought so hard for. Bruno finally winning the WBC championship in 1995 was greeted as a cause for national celebration, a reaction Lewis would never quite receive even when he claimed the undisputed title four years later. 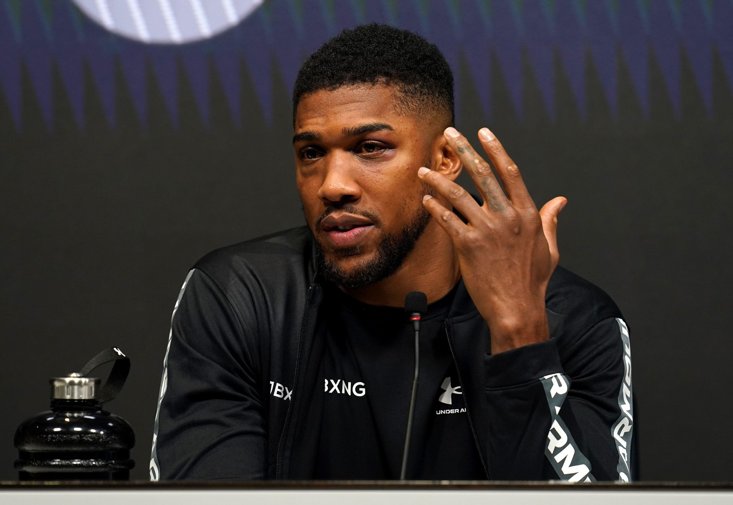 For Joshua, it is the shadow of Tyson Fury that hangs over his every move. ‘AJ’ has won more titles, made more title defenses and scored more knockouts than ‘The Gypsy King’. But the facts can’t get in the way of Fury’s story, and the outspoken Manchester fighter’s tale of overcoming depression to reclaim his crown has captured a nation. Like the serious Lennox coming off unfavourably when juxtaposed with the chuckling, affable Bruno, Joshua’s stoicism has seen fans struggle to warm to him the way they do to Fury’s manic patter. However, this measured approach served Lewis well as he built the defining heavyweight career of his era, and it can serve Joshua well too.

Lennox Lewis avenged the only two professional defeats on his record. ‘The Lion’ lived by the old adage about not getting too high after victory, or too low in defeat. When Oliver McCall brutally yanked the WBC title from his grip via knockout, he rebounded with four wins before beating him in a rematch, albeit with ‘The Atomic Bull’ quitting in startlingly bizarre fashion. When Hasim Rahman wrestled the undisputed crown from him in South Africa, Lewis beat him in an immediate rematch via a brutal knockout. The steely determination and ruthless careerism that had made Lewis an island, sequestered from fan affection, had helped him redouble his efforts to recapture what was lost. He retired having defeated every man he faced in the squared circle.

This path is familiar to Joshua. In June 2019, ‘AJ’ was stunned by massive underdog Andy Ruiz Jr, losing his titles via a seventh-round TKO that carried echoes of Hasim Rahman’s victory over Lewis. Joshua was magnanimous in defeat, and adapted to a more cautious style of boxing to retrieve his lost gold in a rematch six months later. He will need that sort of resolve again to relieve Usyk of his newly-won championship. If, as expected, he returns to the lion’s den for an immediate rematch with ‘The Cat’, the way Lewis never let the highs or lows of the fight game register in his demeanour should provide inspiration. 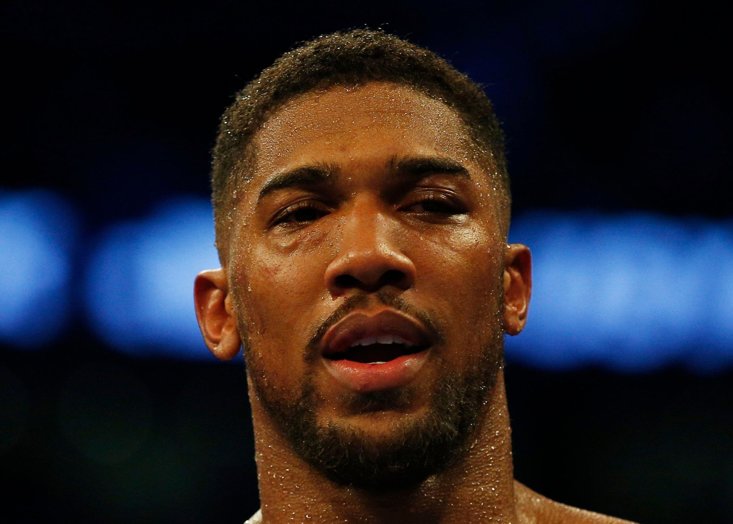 What should not serve as inspiration is the manner in which Joshua beat Ruiz in their rematch. The caution in Joshua’s boxing since Ruiz stopped him in the summer of 2019 has ultimately proved to be death by a thousand cuts for his second reign as champion. It was a necessary evil for the rematch, and equally people forgave Joshua for starting cautiously against Kubrat Pulev as he went up through the gears to stop him in the ninth round. But against Usyk, his reluctance to uncork the right hand that first carried him to the top of the boxing world played a major role in his decision loss. The new champion was able to dictate the pace with superior movement and sharper punching, as Joshua did not seem to trust himself to unleash the sort of power shots that could turn the fight.

If Joshua can overcome Usyk in the rematch, he can follow Lewis into history as one of the finest heavyweights of all time. He has proven in the past he can stomach a surprising loss and come back. However, ‘AJ’ has never had to do it against an opponent with the quality of Usyk. Arguably Lewis never had to either, as you would pick the Ukrainian to have handily defeated Rahman or McCall had they met. But his post-fight press conference showed positive signs. Joshua is focused on a rematch, rather than wallowing in defeat. Apply that same solemn determination to a Usyk return, and he might well reign as a three-time heavyweight champion of the world.

x
Suggested Searches:
Manchester United
Liverpool
Manchester City
Marcus Rashford
Premier League
More
boxing
Weekend's Boxing Provides A Fight Of The Year And Upset Of The...
An Upset of the Year contender, a Fight of the Year contender and a big night in Newcastle for British [ ... ]
boxing
On This Day In 1987: Tyson Brings The 15-Round Era To A Brutal...
On this day in 1987, boxing changed forever, as the last ever 15-round world heavyweight title fight [ ... ]
boxing
Brawl On The Tyne: Fury, Marshall And Chris Eubank Jr Descend...
Unbeaten Savannah Marshall makes the second defence of her WBO middleweight championship this Saturday [ ... ]
boxing
Mixed Week For The Eubanks: Five Boxing Stories You Might Have...
Boxing never sleeps, and with Fury-Wilder III in the rearview, attention has turned to exciting fights [ ... ]
boxing
Haye At 41: The World Title Wins That Defined ‘The Hayemaker’
Former two-weight world champion David Haye turns 41 today. ‘The Hayemaker’ is unfairly [ ... ]
boxing
''You Big, Stiff Idiot!'': The Wit And Wisdom Of Tyson Fury
Not content with being the most able heavyweight fighter on the planet, Tyson Fury is also a supreme [ ... ]
boxing
The King’s Gambit: Who Should Tyson Fury Fight Next?
‘The Gypsy King’ has the world at his feet after solidifying his claim to the throne with [ ... ]
boxing
Retirement Or Fight His Way Back: What Happens Now To Deontay...
Deontay Wilder’s stock amongst the boxing community managed to both rise and fall on a damaging [ ... ]
boxing
Tyson Fury Retains Heavyweight Titles In Incredible Trilogy...
The first fight was a resurrection. The second was a demolition. Tonight, Tyson Fury’s 11th-round [ ... ]
boxing
LIVE Tyson Fury v Deontay Wilder 3
Morning all! What are you doing up at this time? It's Tyson Fury v Deontay Wilder. Again! The WBC [ ... ]
boxing
Merseyside Derby: Experienced Smith Awaits For Hungry Fowler
Liam Smith takes on Anthony Fowler this Saturday in a battle for Liverpool supremacy. The former world [ ... ]
boxing
Whyte Lined Up For Fury/Wilder Winner, Five Boxing Stories You...
Ahead of a blockbuster weekend in boxing in the ring, it’s been a pretty busy week out of it. [ ... ]
boxing
The Man Who Beat The Man: Tyson Fury On The Lineal Championship
When Tyson Fury walks to the ring to face Deontay Wilder on Saturday night, he will have two belts in [ ... ]
boxing
Fury vs Wilder III Undercard Preview: Heavyweight Heaven In...
It’s heavyweight heaven this weekend in Las Vegas as not only will fight fans be treated to Tyson [ ... ]
boxing
“I Look At Deontay Wilder Like He’s Stupid” - The Tyson Fury...
“Boxing is not rocket science. It’s me going in there, punching a man's face in. That's [ ... ]
boxing
Happy Birthday, Micky Ward: Remembering The Gatti War That Launched...
The word warrior is thrown around so readily in boxing, it has lost some of its impact. While every [ ... ]
boxing
Liam Smith vs Anthony Fowler: Everything You Need To Know
There’s a monster match-up on Merseyside this weekend when Liam Smith and Anthony Fowler go head-to-head [ ... ]
boxing
On This Day In 1998: Floyd Mayweather Wins First Ever World...
“We believe in our heart of hearts that Floyd Mayweather is the successor in a line that starts [ ... ]
boxing
Undercard? When? How To Watch? Everything You Need To Know About...
Tyson Fury and Deontay Wilder go head-to head for a third time next weekend, with The Gypsy King’s [ ... ]
boxing
UK First Choice For AJ Vs Usyk Rematch, Five Boxing Stories...
There’s news on where Anthony Joshua’s rematch with Oleksandr Usyk could land, a modern [ ... ]
boxing
Rebuild And Reclaim: Why Anthony Joshua Needs A New Trainer
Anthony Joshua looked bereft of ideas as Oleksandr Usyk boxed, moved and pounded his way to a unanimous [ ... ]
boxing
My Name Is Prince: 26 Years Since Naseem Hamed Won His First...
26 years ago today, a Prince was crowned king. ‘Prince’ Naseem Hamed stopped Wales’ [ ... ]
boxing
Eubank Statement: Junior Can Be The Face Of Sky Sports Boxing
Chris Eubank Jr takes to the ring this weekend as the new crown jewel of Sky Sports’ boxing coverage. [ ... ]
boxing
Oleksandr Usyk Puts In Boxing Clinic Against AJ To Take Heavyweight...
You’d be forgiven if you’re starting to grow a little weary of hearing ‘Sweet Caroline’ [ ... ]
boxing
Okolie Cruises To Victory In First World Title Defence On AJ...
The first defence of Lawrence Okolie’s WBO cruiserweight crown ended swiftly on the undercard [ ... ]
boxing
The Rebuild Begins For Callum Smith As He Steps Up To Light...
Callum Smith was the best super middleweight in the world. The Liverpool fighter was the latest outstanding [ ... ]
boxing
Anthony Joshua Weighs In 19lbs Heavier Than Usyk Ahead Of Heavyweight...
Anthony Joshua has weighed in at 240lbs ahead of his heavyweight showdown with Oleksandr Usyk this weekend, [ ... ]
boxing
Okolie Is The Latest In A Proud Line Of British Cruiserweight...
Anthony Joshua will not be the only British world champion stepping into the ring at the Tottenham Hotspur [ ... ]
boxing
Anthony Joshua vs Oleksandr Usyk Is Fight Of The Year, Says...
Ahead of Oleksandr Usyk’s heavyweight showdown with Anthony Joshua at the Tottenham Hotspur Stadium, [ ... ]
boxing
From Mike Tyson To Mr. Dream, How Punch-Out!! Defined Boxing...
Only 55 men truly know what it is like to face ‘Iron’ Mike Tyson. But a generation of gamers [ ... ]