Manchester City collected a hat-trick at the 2021 Professional Footballers’ Association Awards as Kevin De Bruyne, Phil Foden and Lauren Hemp won the Men’s PFA Player of the Year and both PFA Young Player of the Year trophies respectively.

Chelsea’s Fran Kirby scooped up the Women’s PFA Player of the Year Award as the recipient’s awards were chosen and whose achievements were recognised by members of the PFA.

Belgian midfielder De Bruyne retains the award for the second year in a row after another exceptional season for Manchester City as they secured their fifth Premier League title. The only two players to have previously scooped the PFA’s main award two seasons in a row was five-time Ballon d’Or winner Cristiano Ronaldo and French World Cup winner Thierry Henry.

De Bruyne was extremely grateful for the award and said how special it was to be recognised by his peers in the game.

He said: “The fact that players chose me for this award means that I’ve done really well. You want to win all the trophies with the team, and this is probably the most important one as an individual trophy in the league. To be voted by your competitors, by players who you compete with every game – to choose you, that says a lot. They’re the people in my view who know the most about the game. When you have these things, you can show your kids and say, ‘Look! This is what Daddy did when he was younger.’”

Once again, De Bruyne reached double figures for his goal contributions with six goals and 12 assists. His performances for City full-warrant this award and he is a player you know you can depend on to create a number of chances in a game and also pop up with a goal when needed. Since the 2018/19 season, the Belgian has picked up 34 assists and created 254 chances in the Premier League. The talent that the midfielder possesses is remarkable.

His young teammate Foden enjoyed a breakthrough year at City, gaining more minutes and appearances than he had done in previous seasons. His name has always been looked out for when he was part of the England Under-17 squad that won the World Cup in 2017 and he has worked hard to become an integral part to Pep Guardiola’s side.

He scored nine goals and grabbed five assists in 28 Premier League appearances this season and fully deserves this accolade from the PFA.

In his first PFA Award win, Foden paid tribute to the teammates who gave him the opportunity to shine in an ‘incredible season.’ 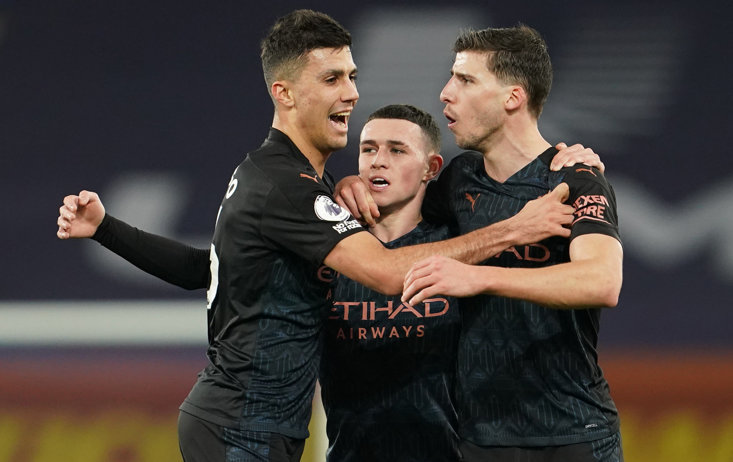 The 21-year-old said: “I’m really honoured. There have been some great players in the past that have won it, and I feel really lucky because there have been so many great young talents this year. I’m feeling really happy to win it and it’s a special moment. I would like to thank my parents, all of the coaches and the players as well, because without them creating chances for me, I wouldn’t score and maybe I wouldn’t win the awards. Without them, it wouldn’t have been possible.”

As the first person to win three PFA awards in the same category, she said: “It feels pretty special to be picked amongst fellow professionals who I play against each week it’s really nice, and to me, it’s one of the best accolades I can win – it’s a real honour.

“I’m really proud of the team and hopefully, next season, we can win the league and push further in the Champions League, because I’m here to win trophies and I know all my teammates would love to do the same. I’ve been fortunate enough to have many excellent coaches throughout my journey, and I just hope to keep on improving because I know I’m not the finished product and I know I can only just keep getting better.”

Fran said she was ‘humbled by the win’, adding: “First and foremost, my teammates are amazing, and I was never have won any of the awards or trophies that I have without them, but to win this is really special. I think what we’ve achieved has been incredible, so I’m really proud to be a part of this team. Hopefully, I will be able to come back into the same kind of position I came into last year, because I’ve been playing like I love the game again and like I enjoy it, and that’s when you get the best out of me.”