Kevin Sinfield has revealed he will run seven ultra marathons in seven days, starting at Murrayfield and finishing at Old Trafford, to raise money for his friend Rob Burrow and Motor Neurone Disease charities.

So far, the former Leeds Rhinos man has put on a testimonial match to raise funds for MND causes, run seven marathons in seven days and run 101 miles in one day, raising millions to battle the disease.

Sinfield appeared on BBC Breakfast on Monday morning to unveil his plans for the biggest challenge yet on what is Burrow’s 40th birthday. He is also doing this challenge for rugby union players Doddie Weir and Ed Slater, with the latter being diagnosed in August, and ex-footballer Stephen Darby, who has also been diagnosed with MND.

He said: “We’ll start in Edinburgh and run from Murrayfield to Old Trafford. Seven days, we’re sticking with that theme and we’ll try and hit places, locations that mean a lot to Doddie, Rob, and Stephen. Seven ultras in seven days.

“Since the plans were put in place we hear of Ed’s diagnosis which strengthens that team. The four of them together, a rugby team of them four and it’s not getting beaten.

“I’m honoured we get to represent them.” 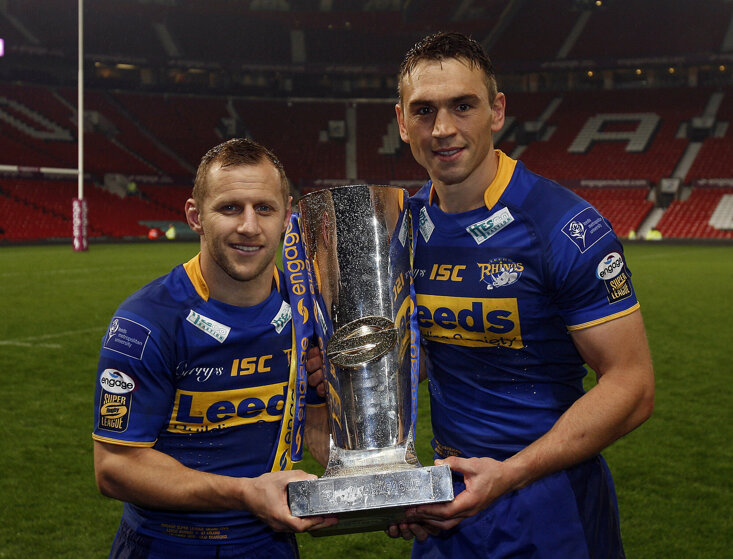 Burrow was diagnosed with the disease in December 2019 and since then, Sinfield has gone above and beyond to support his friend and ex-teammate. The two enjoyed great careers and were both part of one of the best teams rugby league has ever seen, winning seven Grand Finals alongside one another.

Sinfield will embark on his new challenge on November 13th. The route will see him run from Murrayfield Stadium through Melrose, Newcastle, Middlesbrough, York, Leeds and Bradford before reaching Old Trafford seven days later for the Rugby League World Cup final.

You can donate to Sinfied's cause here.