Cycling
News
Kings Of The Jungle? How Tour De France Riders Compare To Animals Of Our World
Jack Kitson
09:05, 25 Jul 2019

The 2019 edition of the Tour de France is without doubt one of the most enthralling races in recent memory. Gone is the utter dominance of Team Sky - now Team Ineos - which has in turn made for a grippingly open battle for the yellow jersey, with a host of contenders still in the mix for the most prized attire in sports.

Cycling’s showcase spectacle is widely regarded as the most gruelling endurance race in sport. Spread out over a period of three weeks, which consists of 21 stages and just two rest days, cyclists must battle through scorching hot conditions, subjugate a multitude of mountains in the Pyrenees and the Alps, and master game-changing crosswinds.

In this year’s race, riders must gobble up approximately 3,480 kilometres. That’s the equivalent of going from London-to-Paris-and-back three times, then back over to the French capital for a one-way trip.

The analysts over at Fusion Media, in conjunction with NTT (the technological partner of the Tour de France), have crunched the numbers and worked out that a cyclist must consume a gargantuan 7,000 calories on a mountain stage of the Tour de France. That’s the equivalent of 27 Big Macs, although we’re not sure they’d survive on that particular fast food diet. 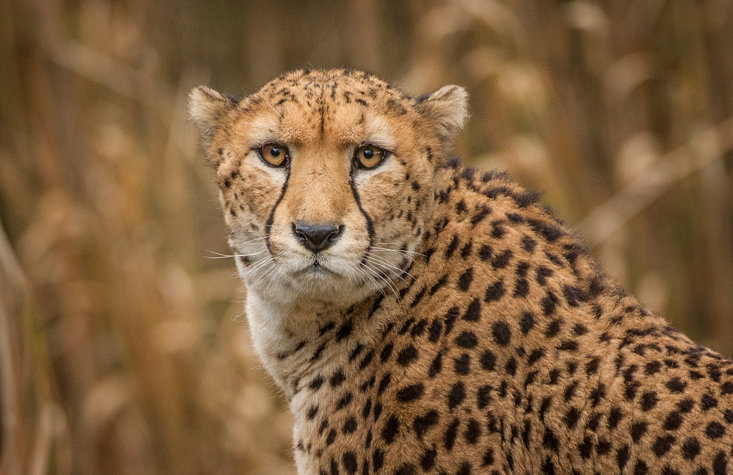 Who is faster: Dylan Groenewegen or a cheetah?

So, how does this colossal calorific intake compare to the amount certain animals consume?

“If Geraint Thomas was to consume 7,000 calories on a day at the Tour de France, he would have around double the daily energy intake of a tiger [3,419 calories] or almost three times that of a jaguar [2,643] ,” reveals Phil Blackburn, Chester Zoo’s Zoo Ranger.

“However, a Tour de France rider’s very top speed, despite being incredibly impressive, would not quite match up to a cheetah on the hunt!”

For those interested, a chimpanzee consumes 2,065 calories per day, while a Linne’s two-toed sloth has a meagre 298 calories. However, giraffes guzzle an eye-popping 13,582 calories; twice the amount of Geraint Thomas and co.

While some riders excel in the hilltops, others are sprint kings and can - somehow - reach electric speeds in excess of 70km/h...at the end of a full day’s cycling.

Geraint Thomas’ average speed in the Individual Time Trial (Stage 13) of this year’s Tour de France was 46km/h, an event he came second behind winner Julian Alaphilippe. Meanwhile, back on Stage 7, Dylan Groenewegen’s sprint speed reached 74.1km/h en route to victory, which is faster than an onager (69km/h), a Congo buffalo (59km/h), and a warthog (48km/h).

But as rapid as Groenewegen’s speed is, over in the Animal Kingdom cheetahs can reach a blink-and-you’ll-miss-it top speed of 112km/h, whereas an African wild dog can blitz up to 88km/h. To put this in perspective, when Usain Bolt broke the 100m World Record in 2009 he hit a top speed of 44.72km/h during that outrageous time of 9.58s.