Football
News
With Fabinho in midfield, the Reds were able to play their more natural game
Simon Lillicrap
22:01, 10 Mar 2021

Liverpool, without any frills, safely booked their place in the quarter-finals of the Champions League with a 2-0 second-leg win over RB Leipzig, which saw them progress 4-0 on aggregate. This was not the heavy metal Liverpool we have seen over the last two years, but at last, green shoots of recovery are beginning to come through.

It began with the team selection. Fabinho lined up in the crucial defensive-midfield role in Jurgen Klopp’s 4-3-3 system alongside Thiago Alcantara and Gini Wijnaldum. It was the best midfield performance seen from the Reds in many months, with Thiago putting in his greatest display in a Liverpool shirt to date.

It all stemmed from Fabinho, who put in such an assured performance in front of an inexperienced centre-back duo of Nat Phillips and Ozan Kabak that it allowed the rest of the side to start thinking about going forward, rather than worrying about the space they would leave in behind. The Brazilian’s first thought is always a cautious one, which is by no means a bad thing. In fact, it is a vital trait of any top defensive midfielder.

Wijnaldum and Thiago have both been tried in that same position with little success. They just don’t provide the protection needed as it doesn’t come naturally to them, while it also takes away the best parts of their game. The Spaniard looked free tonight. Free to influence the game in the way he wanted to, knowing he had that safety net behind him, rather than limited by his defensive responsibilities. 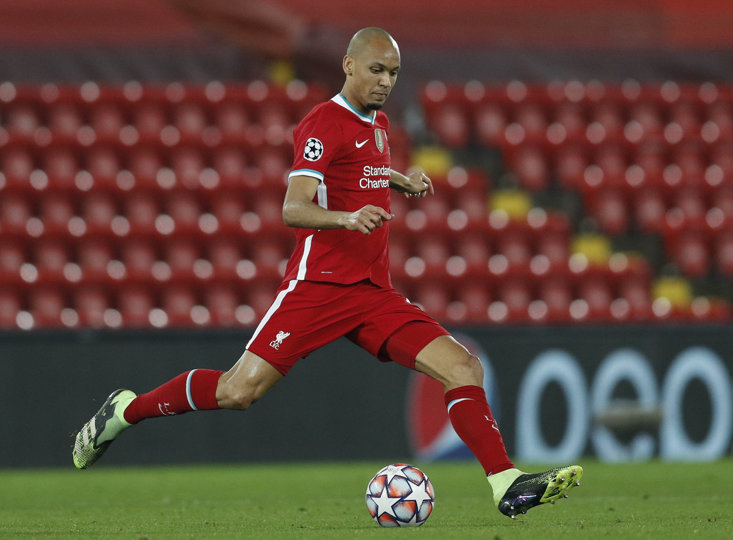 This platform, despite chances for the away side, was the key to Liverpool’s progression and allowed them to put the game beyond doubt late on. Diogo Jota, playing in a central role, raced through before setting up Mo Salah, who cut in on his left foot to end any lingering thoughts of a Leipzig comeback. Minutes later, substitute Divock Origi whipped the ball across to Sadio Mane, who finished from close range to secure Liverpool’s place in the last eight.

If you look at the starting XI, the goalkeeper, full-backs, midfield (barring Jordan Henderson) and front three are all the best Liverpool have. This is as good a team as Klopp could’ve put out, and with all of their key players playing in their correct positions, round pegs in round holes, the team seemed much more functional.

This has to be the blueprint for the rest of the campaign, both at home and in Europe. Kabak and Phillips performed admirably tonight, with Alexander Sorloth coming closest when his header hit the bar, so Klopp would do well to leave the centre-backs to perform to the best of their ability, and make sure everybody else plays in their natural roles. Jordan Henderson’s injury has forced Klopp’s hand, but it could have been a blessing in disguise for the good of the team.

For this Liverpool system to work, it requires Fabinho or Henderson to marshal the midfield. Without one of the two, the Reds are flimsy and easy to play through, but with Fabinho performing the role of the rock, everything else can fall into place. Thiago was allowed to flourish and will take confidence from his performance, Salah and Mane are back amongst the goals too. But most importantly of all, with the minimum of fuss, Liverpool are in the quarter-finals.