Football
News
The tactics Koeman displayed at the weekend could mark the beginning of the end of his time at Barca
Conor Keane
17:04, 21 Sep 2021

It was always going to be a monumental task for Ronald Koeman to keep Barcelona challenging with the rest of Europe’s high society. But it seems people didn’t quite realise how bad the woes were going to be in the wake of all the financial turmoil behind the scenes, capped off with the departure of Lionel Messi, who the club could simply not afford to retain.

There was very little for the Blaugrana supporters to get excited about ahead of the new season. The futures of the players who the club signed in the summer were up in the air for a while as they could not be registered until Barca reduced their wage bill. They were able to get the problem sorted in the end, but that whole episode just highlights the gargantuan mess that the club finds itself in.

Surprisingly, their start to the season hasn’t been as bad as anticipated, winning two and drawing two of their first four games. From the outside looking in, it seems that things are going well for the Spanish giants, but the performances have been a shadow of the identity and philosophy the club had built over so many decades. In their most recent fixture, Koeman’s side scraped a draw at home to Granada – Ronald Araujo’s header sparing further blushes for the club.

For years Barca were blessed with talent all over the pitch, with the ability to play teams off the park with some of the most revolutionary football the beautiful game has seen. It is a way of playing that the Cules are so accustomed to and demand from their side, mainly for the grace and beauty of the style, but to uphold their image across the world. 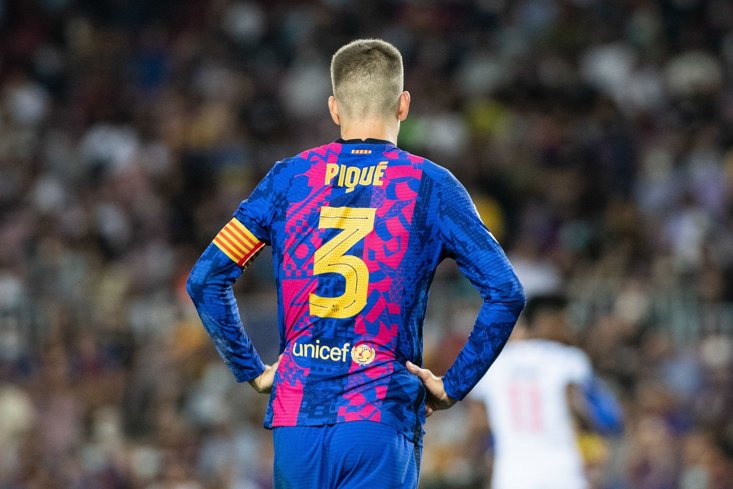 However, Koeman has been alienating supporters with his direct style of playing. And the Dutch coach has hit back at his critics, saying: “This is not the Barcelona of eight years ago.

“If you see the list of players, what do you do? Play tiki-taka? Tiki-taka when there are no spaces?

“We did what we had to do. We tried to win another way. We don’t have players one-on-one or with speed.”

The game against Granada highlighted the dramatic fall the club has suffered. The great Barcelona having to rescue a draw at home against a side like Granada, having two centre-halves playing up front in search of an equaliser. That’s right, Koeman pushed Araujo up as a makeshift striker for the final 15 minutes of the game, as well as his defensive partner, Gerard Pique.

The two towering defenders joined summer signing Luuk de Jong in the forward line in search of the goal, a haunting reminder of how distant that side of eight years ago is. The world is witnessing the club at its lowest and the situation at the club is so dark that it will take years to recover.

It really is worrying that just four games into the campaign, the Dutchman is resorting himself to throwing his defenders up in search of a goal to rescue a point at home. The Spanish media have already started speculating about potential successors to Koeman, with Antonio Conte and Andrea Pirlo being mentioned already, but it does seem like the end is nigh for the former defender.

The job itself may be plagued with issues behind the scenes, but even shorn of their former superstar players, Barca should not be scrambling for draws at Camp Nou, and the tactics Koeman displayed at the weekend could mark the beginning of the end for his reign in the Barcelona hot seat.

Barcelona are currently 7/2 to win La Liga with Betfred.