Football
News
The Blues are in desperate need of a centre-back this summer
Simon Lillicrap
09:35, 29 May 2022

Finally it looks as if the Roman Abramovich era at Chelsea is at an end as American businessman Todd Boehly has had his £4.25bn offer accepted for the club. Now, Blues fans can put that uncertainty behind them and look ahead to the summer transfer window where a whole host of business could be done. We’ve picked out five players that could join Thomas Tuchel at Stamford Bridge this summer.

French centre-back Kounde has all the attributes to slot into Thomas Tuchel’s back three and it is clear that central defence is the area that needs addressing this summer. With Antonio Rudiger and Andreas Christensen on the way out, Chelsea will be seriously short at the back next season so will need to bring one or two major additions to West London.

Kounde at 23 fits the bill. He’s been crucial to Sevilla’s season which saw the play in both them Champions League and the Europa League and is physically capable, with the ability to drive forward from the back. With two years left on his contract he won’t come cheap, with around £50m believed to get the ball rolling for the Spanish side.

Another centre-back, another strong option. It’s reported Chelsea already have a list of eight centre-backs drawn up to target over the next month, and Gvardiol is near the top of it. At 20, he’s got a whole career ahead of him and is already a regular for Croatia, but he won’t come cheap.

His contract runs until 2026 which means an offer of £60m plus may be needed to get him away from the German club. With the other options on this list, Chelsea may be better off investing their money elsewhere.

An experienced option on a free transfer? It worked out well with Thiago Silva so perhaps Chelsea will try their luck again with AC Milan captain Romagnoli. He’s left-footed, which is important, only 27, so by no means over the hill and would have a lot to offer this side having just won Serie A with Milan.

The Italians may still make him an offer to keep him at the club, but it looks increasingly likely that he will be departing this summer. Perhaps the Blues can save some cash, and pick up a top defender in the meantime. 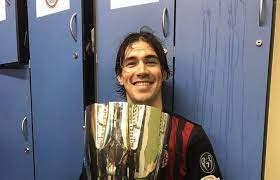 Real Madrid and Liverpool are chasing the signature of Monaco’s 22-year-old midfield star, but Chelsea could tempt him with a massive offer. As it stands, Real Madrid are in pole position to secure his signature having missed out on Mbappe, and the Champions League finalists see him as their eventual Luka Modric successor.

But Chelsea, having won the Champions League last year, have a growing reputation in European football and could make a statement signing by stealing him away from the Spanish giants. He’d cost an arm and a leg, but what a start this would be for Boehly’s tenure.

The transfer saga that has dragged on an eternity. The immensely talented but always injured Ousmane Dembele has the ability to be the best in the world. That’s why Barcelona paid so much money for him, but now they could lose him on a free. The Catalans are yet to agree a new deal for Dembele, PSG are circling, but Chelsea could still strike.

If he can stay fit, he’d be a huge addition to that front line.

Conor Gallagher, Levi Colwill and Armando Broja are set to return to Chelsea from their respective loans this summer. All three will be hoping to make an impact on the first team and perhaps fill any gaps that open up in the first team squad.