KSI continues to bask in the glory of his victory over Logan Paul on Saturday night but he should forget any plans of making it in the fight game, according to his own trainer.

Former world champ Jeff Mayweather - uncle to one Floyd Mayweather - was in Youtuber KSI's corner for the rematch at the Staples Center, LA, which his man won on a split decision.

Promoted as the “biggest internet event in history,” the fight is said to have pulled in millions of viewers from around the world.

Despite the win, which came after KSI recovered from a knockdown, Mayweather has seen enough to know the Brit will not make it in the pro ranks, insisting he's not a "real fighter".

Speaking exclusively to The Sportsman in LA, he says his claim is not derogatory, but believes KSI’s financial security means he doesn’t have to risk his wellbeing by getting in the ring to “feed his family”.

“I had more years in boxing than most of these guys have,” he explained. “I got ridiculed, oh my God, by KSI fans because I said KSI wasn’t a real fighter.

“We even talked about it, he said he’s going to fight a few more fights and he’s going to call out YouTubers and he might fight but he’s not going to make a career out of this.

“Why would you? You’re already a millionaire, why would you risk your life in a sport, when your past 20-years-old? That’s the only reason you would get into boxing.

“Boxing is dangerous. Patrick Day got killed less than a month ago and he was a skilled fighter, a fighter who started his career in his teens and it still happened to him.” 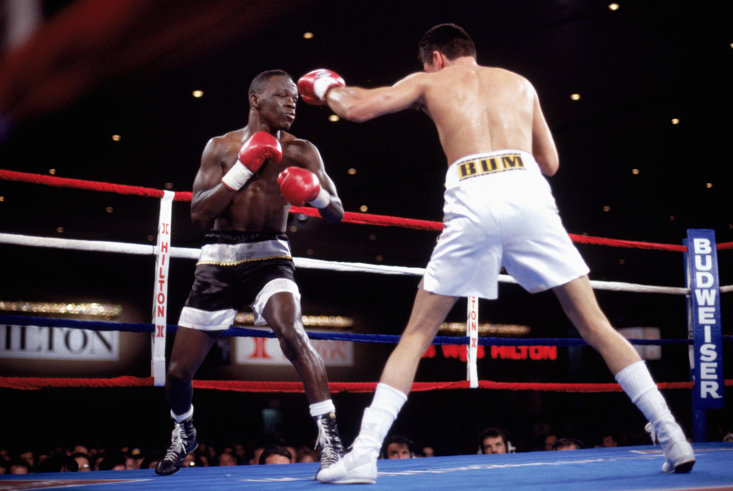 Jeff Mayweather was a world champion himself between 1994 and 1995

Mayweather was impressed by KSI’s battling qualities but believes, if he was serious, he would be looking to fight pro boxers, not more fellow YouTube stars.

“He’s not a real fighter and when I say that, I’m not saying he’s not putting in the work of a real fighter, what I’m saying is he’s not doing this to feed his family. He’s doing this because he chose to do it.

“He’s a guy who’s already wealthy who thought, ‘I’ve found a new way to make some extra money, so I’m going to go and call out other YouTubers'.

“Of course, his following are so many young kids, they crucify me. They called me a clown, everything, saying JJ would sue me,” he laughs.

On Monday morning, KSI amusingly claimed he would beat Justin Bieber in the ring after the pop star was seen supporting Logan Paul.

“If Justin Bieber actually wants to fight we will make it happen,” he declared on Good Morning Britain.