Snooker
News
Former world champion Murphy has proposed that top-16 players should no longer be seeded straight to the Crucible
Hector Nunns
07:00, 15 Sep 2022

Kyren Wilson has rubbished Shaun Murphy’s controversial proposal that top 16 players should no longer be seeded straight to the Crucible.

Former world champion Murphy, 40, has called for a radical shake-up for the World Championship in Sheffield – as well as calling for ranking prize-money change at the Masters.

Although the elite are pitched in from the start in many 128-player draws they have always been guaranteed a spot at the blue-riband tournament in Sheffield for the last-32 final stages.

That has ensured paying fans see the leading stars, and offers some security for governing bodies, broadcasters and sponsors in their bid to promote the event.

Speaking on his ‘onefourseven’ podcast, Murphy branded the longstanding situation as “absolutely ridiculous” and “making no sense”.

He said: “If it were up to me the entire format of the World Championship would change. The top 16 would never start three or four rounds ahead of everyone else on tour.

“I think it’s absolutely ridiculous, scandalous almost, that the best players in the world start three rounds ahead of everyone else. I think it’s ridiculous and one of those very strange nuances in sport.

“Usain Bolt, the fastest man in the world, the equivalent is saying ‘Usain, we know you’re the quickest so you can start 15 metres ahead of everyone else’. Doesn’t make any sense to me at all.”

And on the prestigious invitation Masters for the top 16 only, Murphy says prize money should count towards the rankings. Currently it does not because not all players are in it.

He added: “Certainly over the two-year ranking list people have the same opportunities to be in it.” 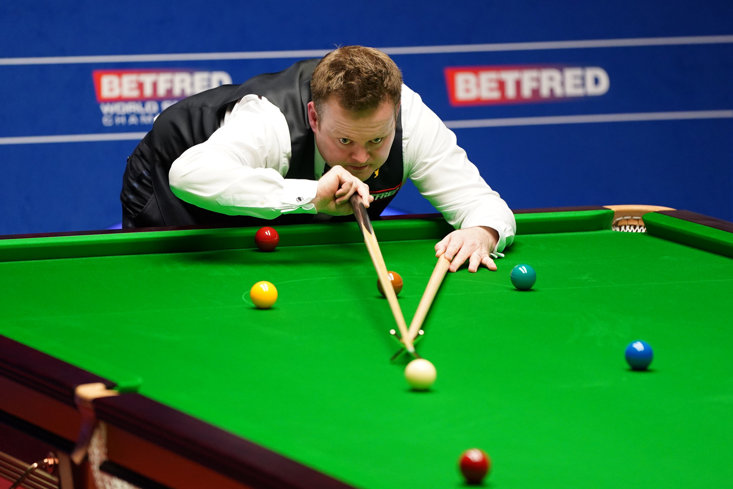 However former Crucible finalist Wilson, 30, has reacted strongly to the Magician’s outspoken rant.

And The Warrior claims that the current arrangements are very successful, offer a justified reward to top players for two years’ effort, and guarantee fans booking in advance will see their favourites.

Wilson said: “I don’t agree with what Shaun has said at all. The World Championships has been the same for many, many years and all the former champions won it coming through the same process.

“It is an event that sells out for most sessions a year in advance. So in this sense it is absolutely perfect the way it is, and doesn’t need touching.

“The fans pay good money to play the top players in the world and I wouldn’t want to touch that.

“And for the top players, there does need to be some reward for being where you are in the world rankings having earned that over two years. And I think this is one of those.

“There is room for many different formats on the tour and it should be mixed up, many with all in from round one and others like the World Championship where they aren’t, or an FA Cup style draw.

“If I were ever to try and modify anything at the World Championship, you could maybe tweak the distance of the semi-finals and final because the best of 33 and then best of 35.

“I only experienced the final once but those really take it out of players and could maybe be shorter.”

When the World Championship was first staged at the Crucible in 1977 there were eight seeded players going straight through to the iconic Sheffield theatre, with the other eight having to battle through qualifying to take them in in the first round proper.

That was the case until 1982 when the first round was expanded to the current 32 players, with the top 16 in the rankings seeded and parachuted directly into that stage.

Since then no one has touched that aspect of the tournament though there have been plenty of changes in the actual qualifying process.

Until relatively recently the qualifying process was tiered, so that those ranked 17-32 only came in at the end for the last match and therefore had to win only one to get to the Crucible. That all changed in 2015, when the remaining pros were topped up with 16 wildcards for the qualifying event and all players regardless of ranking had to win three best-of-19 frame matches to reach the promised land.

And there have been further tweaks since then, with some of the earlier rounds reduced to best-of-11 frame contests with just the last round over the traditional distance. And the most recent alteration will come for this season’s competition when once more there will be three rounds for all 128 players, and all restored to the fuller distance for 2022-23.