Snooker
News
Wilson takes on the Juddernaut in a Champion of Champions semi-final on Friday night
Hector Nunns
22:35, 18 Nov 2021

Kyren Wilson admits he is gunning for fierce rival Judd Trump. The world No5 from Kettering takes on the Juddernaut in a Champion of Champions semi-final to savour on Friday night at the University of Bolton Stadium.

Trump, 32, is a former world champion and world No1 – and has won a total of 22 ranking titles with half of those coming in the last two seasons.

And though world No5 Wilson is seen as a very tough match-player with a good recent Betfred World Championship record and big wins over Trump under his belt, he is desperate to add to his own haul of four titles.

Wilson said: “I am chasing Judd down – and very much looking at who is above me. Judd is currently the world No2, and I am looking at those players in the next bracket and thinking ‘how do I get the wins and ranking titles they have got?’

“I am looking at how they have gone about it and done it. In an individual sport if one player is winning titles, they are winning titles for themselves – but they are also taking them away from you.

“I am trying to barge the door down in these big tournaments - but you have such an elite group of players in the top 16 in the world.

“It was frightening to hear John Higgins at 46 turn round the other day and say he was playing some of the best snooker of his life. I thought he was good before that – but it seems he is not going away!

“With Judd, I have had some big wins over him. One 6-1 win here at the Champion of Champions was convincing, but that’s been the only one really.

“Most of the others have either gone to the wire, or been very hotly contested. With Judd, it is really just about trying to stick in there with him - because he is so good.

“He can go on a roll and leave players in the dust. But I am one of those players who has that stickability factor, and am hard to shake off. I leave everything out there.

“If I ever get beat comfortably or feel I haven’t given it my all then I feel like I have let myself down. I work very hard, and also want to put on a show. But you know you have to play well against someone like Judd or you will be going home.

“You have seen it with players like Mark Selby over the years being so consistent and winning so many titles. If you don’t give up and keep it close, then even not playing your best it can turn if you battle and stay positive. Beating Judd at the World Championship a couple of years ago was certainly a big one for me.” 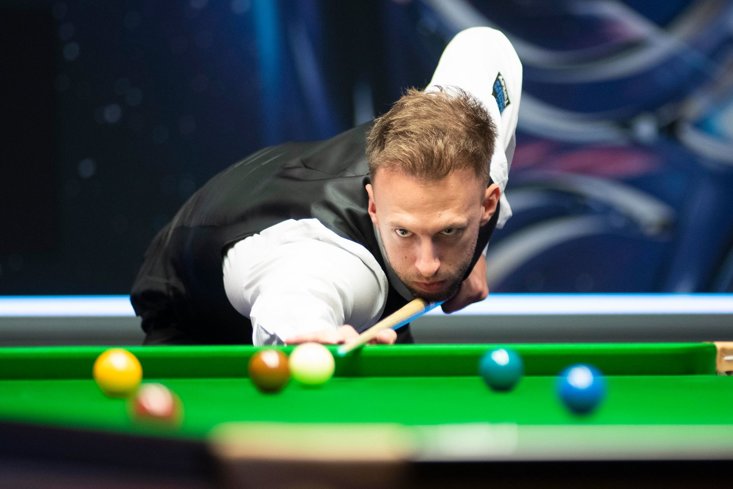 If you were building an identikit snooker player, there are several of Wilson’s attributes that might make the final cut, including self-belief, the battling qualities, a love of the cut and thrust of competition and match-play, and his determination, along with an excellent long game.

But a strike rate of just four wins from his 10 ranking finals plus losses in the finals of the Champion of Champions and the Masters mean a CV that is not as impressive as Wilson demands. Although has lifted the trophy in shorter, best-of-five frame events, the last big success was at the German Masters in Berlin’s Tempodrom in February 2019.

Wilson added: “My German Masters title over a longer distance was nearly three years ago now, although I have won a couple of shorter-format titles.

“So without a doubt I would love to get another big tournament win under my belt. I have had a lot of finals and big semi-finals and just come up short.

“It sends you away wondering ‘what could I do different?’ It is a fine balance. If you go too far into it, it will destroy you and you’ll go missing.

“But if you stay factual and logical and realise it is very small margins, that helps you stay positive and you can learn and kick on.”

And ahead of his clash with Trump, Wilson also raised an amused eyebrow over the left-hander’s spiky comments earlier in the week about Ronnie O’Sullivan, who beat Wilson in the final of this tournament in a thriller in 2018.

Trump had suggested that players were no longer scared of six-time world champion O’Sullivan, and that the Rocket had lost both self-belief and aura at the table – and “couldn’t win a title to save his life” after five lost finals last season.

Wilson said: “Judd is in a position in his career where he does feel like he is on top of the world and nobody can touch him. The comments from Judd will probably only make Ronnie hungrier and it will be good to see how he responds in the next few events.

“I suppose Judd is walking the walk as well as talking the talk. When you are winning titles you can back yourself. Although I’d say write Ronnie off at your peril!”