Despite Poland’s late equaliser, England have moved a point closer to World Cup qualification with a 1-1 draw, which for the majority of the game looked like being a hugely impressive three points. But with no substitutions from manager Gareth Southgate, England’s lack of depth on the bench must be called into question.

After a feisty first half, we saw an improvement in the second half in an attacking sense, but this is an England side that is lacking depth due to injuries. Marcus Rashford, Phil Foden, Mason Greenwood and Jadon Sancho were all absent due to injury while Harry Kane’s back-up Dominic Calvert-Lewin also pulled out of the squad.

In a defensive sense, Tyrone Mings and Ben White were both absent, as John Stones battled through the 90 minutes despite getting injured in the first half. This lack of depth may explain why Southgate didn’t make a change in Warsaw, and that decision would come back to cost England.

In the 92nd minute, Poland snatched a point and although it doesn’t jeopardise England’s qualification hopes too much, and certainly the toys shouldn’t be thrown out of the pram, it does suggest that England must utilise their bench more in key moments. In hindsight, Jordan Henderson would have been a useful leader to bring off the bench.

But this is England’s first choice and strongest eleven. And it is going to take an awful lot of work, and something spectacular to break into it. This was the toughest test this group has to offer, and Southgate’s side were two minutes away from taking all three points with a positive display, but they should still qualify. The Three Lions are four points clear of their nearest rivals with four to play, including San Marino and Andorra. With those two still to play, the Qatar World Cup has moved a step closer with this point.

There is obviously going to be a negative tinge to the game given the last goal conceded, but this is an England side who are still unbeaten in their group and have been superb so far in qualifying. They were so close to being faultless, and the midfield has been a driving factor in this run. 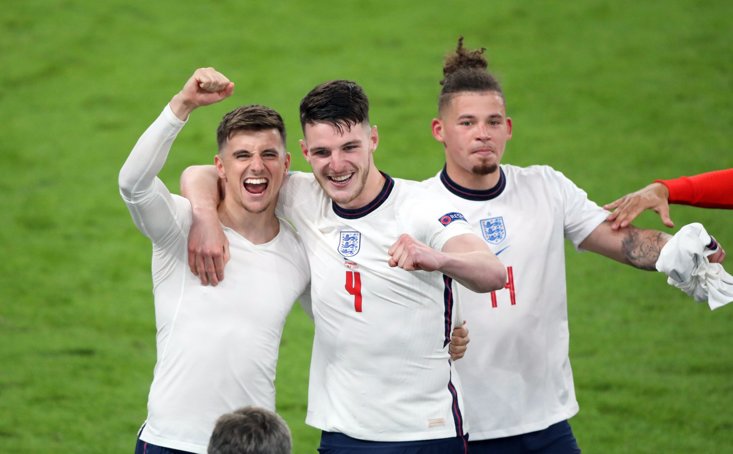 England’s midfield has, over the last two decades, never felt quite right. Paul Scholes was accommodated into the left of a 4-4-2, Steve Gerrard in 2010 was forced into the same role and in 2018 Jesse Lingard and Dele Alli had to play centrally with Jordan Henderson.

Even this summer, eyebrows were raised as Gareth Southgate chose to partner Declan Rice with Leeds United’s Kalvin Phillips for the Three Lions’ Euro 2020 opener against Croatia, but the Leeds man has come on in leaps and bounds, to a place where all three are now undroppable.

This midfield finally offers the perfect balance for England. Phillips and Rice as a duo provide an unmatched work rate but they also have a defensive nous that England had been lacking in major tournaments. They cover for each other, they work for each other, and they drive Southgate’s men forward.

Then you have Mason Mount who is equally as hard-working but also has a bit more cunning than the other two. His movement off the ball provided England with opportunities while his link-up with Jack Grealish was immaculate throughout. From an attacking point of view, England weren’t at their best, but when you have this solid platform built in front of a rigid defence, and Kane, you are going to have a chance to win games.

The captain had a poor night in terms of his general play, but he is undroppable. Midway through the second half, he unleashed a firecracker from long range that swerved past Wojciech Szscenzy in the Polish goal. For all of the frustration about his overall link-up play, he is the star man in front of goal, and that latest notch takes him to 41, and past Michael Owen in the all-time scoring charts.

Despite the late goal, it has been a positive week for England that has seen them pick up seven points when they faced two tricky away games. The depth will return at both ends of the pitch, but for now, England’s solid midfield is going to carry them all the way to Qatar.