“Work hard, be nice” is a shop floor mandate too often abandoned as soon as that initial breeze of success wafts past any young entrepreneur on their way up the pecking order. And yet, if it wasn’t for Enzo Ferrari’s bullish ability to rub people up the wrong way, we wouldn’t have some of the world’s greatest racing machines.

The Ford GT40, for example, is a direct result of Enzo winding up William Clay Ford Sr, who was attempting to buy the Italian marquee back in the 60s. After twenty two days of face-to-face negotiations, Enzo turned to his secretary, said, “Let’s go get something to eat” and never returned. The Americans went home seething, built the GT40 and thrashed Ferrari at Le Mans for the best part of half a decade. 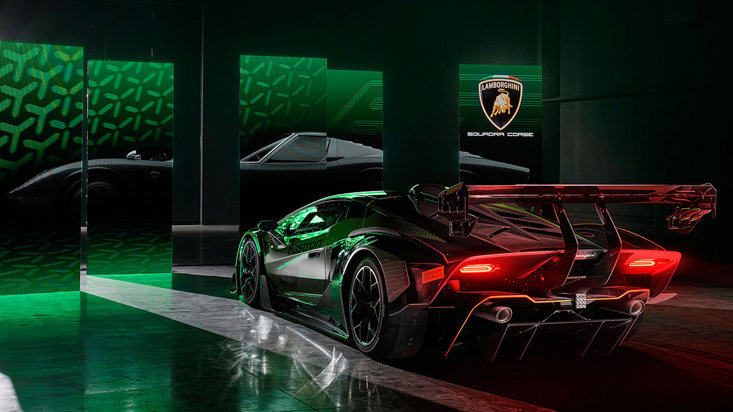 The Ferrari Dino, one of the most beautiful cars ever made, is a result of The Great Walkout, when almost all of the company’s top brass abandoned Enzo, having grown tired of his controversial head-on management approach, forcing the company to rethink, reset and begin again.

And we would not have Lamborghini supercars had the wealthy tractor manufacturer Ferruccio Lamborghini not pitched some ideas to improve his own temperamental Ferrari to Enzo himself, only to be dismissed out of hand. Ferruccio went home and began from scratch, crafting fast cars with tractor components that were built to last -  the 350 GT Grand Tourer was born. 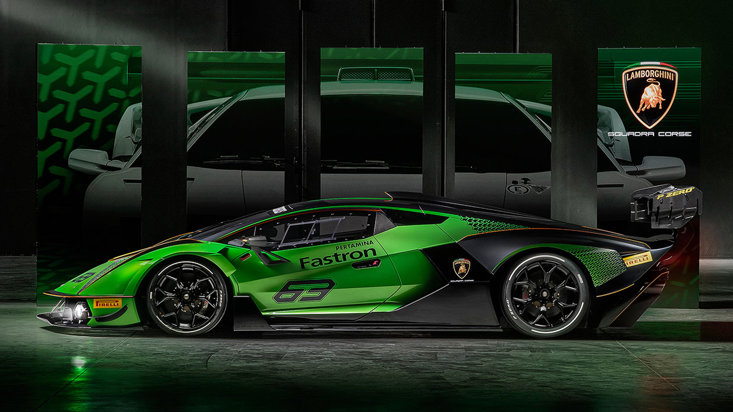 In a way, all Lamborghinis look as if they are seething with fury. Hunched down, leaning forward like a lion about to strike, the machines have anger in their DNA and as such the Lamborghini Essenza SCV12 looks positively furious. It’s a homage to the early days of Lamborghini, the prototypes of the 70s when anything was possible and speed was king.

A pure track car, the rear wheel drive Essenza is home to Lamborghini’s most powerful V12 ever produced, punching out 830hp which, combined with the racing aerodynamics, create 1,200kg of downforce at 155mph. In other words, it literally sticks to the road. The steering wheel is straight out of single seater F1 cars - you only ever need to look straight ahead - and the machine’s unique carbon fibre monocoque chassis means it’s light into corners and quick out of them. 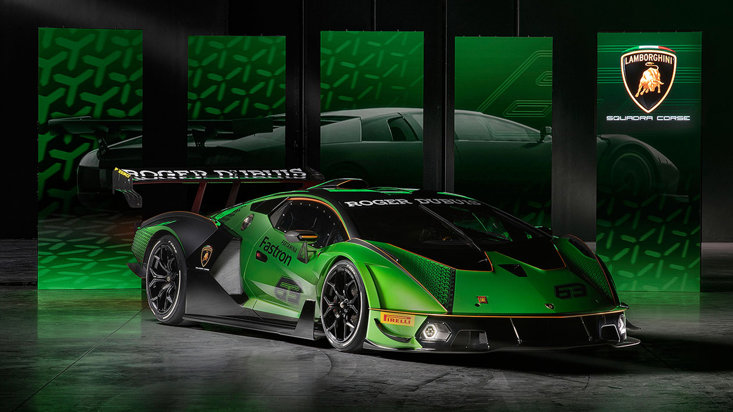 Only 40 Essenzas will be built, but for those lucky customers, ownership includes a special package that gives them access to the world’s most prestigious race tracks, and allows them to store their car at a purpose built hangar in Sant’Agata Bolognese. Each car has its own garage, complete with webcams that allow customers to take a peek at their car whenever they fancy. Which is probably every lunch-break, thinking about it. Impressive. 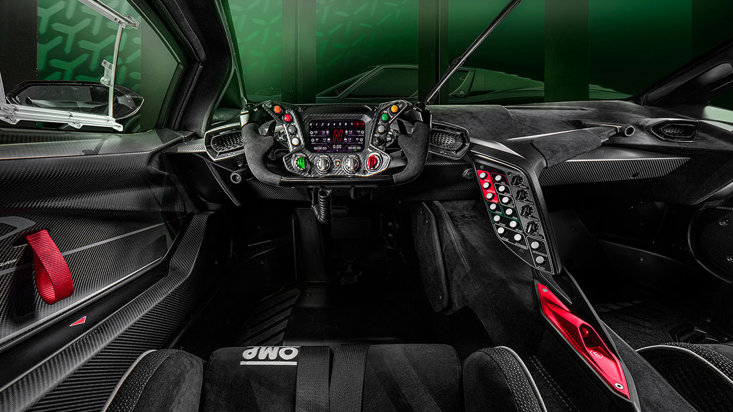