Football
News
The Austrian club were almost bankrupt six years ago, now they're in the Europa League
Lukáš Vráblik
14:57, 12 Mar 2020

Six years ago, LASK Linz were struggling in Austrian third tier with big financial problems. Today, they face Manchester United in their “match of the century,” played in front of an empty stadium.

It’s safe to say the last decade has been very turbulent for LASK Linz, a team from the third-largest city in Austria, who ended up in the country’s third league, unable to pay wages to players. However in only six seasons, they have managed to turn things around and, with a squad full of home-grown players, got into Europa League Round of 16 against Manchester United.

“In 2014, a collective called ‘Die Freunde des LASK’ (Friends of LASK), formed around the current club’s chairman Siegmund Gruber. It is a group of influential businessmen, who cared about LASK and turned things around in both a financial and organisational way,” Johannes Hofer, a Sky Sport Austria reporter, explained to The Sportsman.

After 22 league games, LASK lead the Austrian Bundesliga, and are six points ahead of financially stronger Salzburg, who have won ten out of the last fourteen titles. If they become league champions this spring, it will be their first title since 1964-1965, the last time they won a major trophy.

However, the spreading Corona Virus could threaten their highest ambitions, as Austrian Football Association (ÖFB) has decided to suspend football games today, with the exception of the national team games and Austrian Bundesliga, which is – so far – postponed for two weeks. The virus has caused various measures in Central Europe already, and Austria – similarly to its neighbouring countries – have restricted the allowed number of people at public events to only 500.

It also means that LASK’s historical game against Manchester United at Linzer Stadion has to be played in front of empty stands, a reality that might cost the club’s around €1 million according to the club’s predictions.

"It's the match of the century for us, but one we have to play without our family and friends," said Valérien Ismaël, LASK’s head coach, and former centre-back of Bayern Munich, Crystal Palace or Werder Bremen.

The support of the home fans might be missing for LASK’s players, who will face an almost impossible mission to beat Manchester United. Even if they have already won against Sporting Lisbon, AZ Alkmaar and PSV Eindhoven in Europa League this season, Manchester United are destined to be an opponent of an entirely different calibre.

LASK Linz’s transfer record was set during the summer, when they bought two players from Austrian league, left midfielder Rene Renner (SV Mattersburg) and left-back Marvin Potzmann, each costing only €500,000.

While Salzburg rely on a broad scouting network and cooperation with football schools around the world, signing mainly young talents from abroad, LASK have been building their current team for a couple of seasons already, while some of them played for them already in the second tier.

A patient strategy enabled them to quickly overcome some of Austria’s historical super-clubs, such as Vienna duo Rapid and Austria. Also, LASK’s rise came gradually – they spent three seasons in the second league before returning to Bundesliga in 2017/2018.

LASK’s progress can also be ascribed to their former coach Oliver Glasner (currently at VfL Wolsburg), who got them into top-tier and also implemented a 3-4-3 formation which brought more defensive solidity to the team. Ismaël, who came to Linz last year after Glasner’s departure to Germany, inherited a well-functioning team with a clear and unique identity.

“Ismaël took over a fantastic unit. He didn't have to change a lot of things. However, his man-management skills are definitely a core strength. He knows how to handle this amount of matches. And what is really interesting, they normally don't adjust their approach according to their opponents. They always stick to their plan,” Hofer added.

Their 3-4-3 formation is based on a high pressing, very aggressive approach and high tempo. Even when LASK lost one of their key players, João Victor (who transferred to Wolfsburg for €3,5 million), their strength was not affected much, as they mainly rely on the power of the collective.

Marko Raguz, who joined LASK during the close season after spending last season at FC Juniors OÖ, LASK’s partnership club in the 2nd tier, has already scored five goals in eight games in the Europa League this season and could pose the biggest threat to Manchester United’s defence tonight. Expect him and goalkeeper Alex Schlager to be LASK’s standout players. 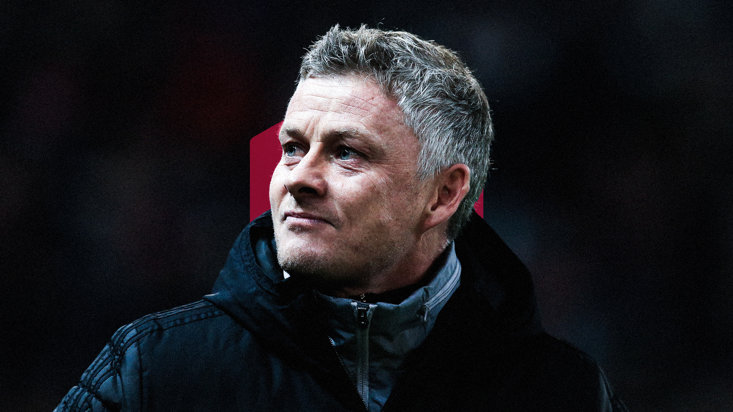 Manchester United’s game means a big night for LASK, who already beat one of the European super-powers. In 1985, they won 1-0 against Inter Milan in UEFA Cup’s 2nd Round (however, then lost 4-0 in the return leg).

Hofer admits he does not see much space for another similar surprise tonight, as LASK will also miss some of their important players, too: “Potzmann and right-winger Thomas Goinginger, who also plays for the national team, are out due to torn ACLs. This is a huge blow to their chances. Also, the central defenders Petar Filipovic and Philipp Wiesinger are suspended for this match.”

United’s manager Ole Gunnar Solskjaer insisted at the pre-match press conference that they are not going to underestimate Linz, and Hofer agrees that this is the only way they can overcome United.

“The only big chance for LASK is if United underestimate them,” he says. “When given space and time on the pitch, LASK are very hard to handle. However, overall and looking at United’s current form, LASK shouldn’t be a tough challenge for United.”

Even if LASK Linz might end in Europa League after two games against Manchester United, their exceptional story can serve as an example for other clubs in the region, as they got there without any big spending, and moreover only a couple of years after almost going to bankruptcy. It’s one of the biggest stories in European football this season.

Currently, the club seems destined for further development. “The peak will be the expansion of the stadium, at which they are playing tonight. As they don’t use it for their league games – currently they play in a tiny stadium outside of Linz in Pasching – it’s kind of a big deal, as they will get their original stadium back. There were many issues around it in the past, which led to having to play outside their city,” Hofer explained.