Ufc
News
'Notorious' and 'Gamebred' have lost five of their last six combined fights. A match between the pair gives one a chance at a career relaunch
Joey Mills
18:00, 09 Mar 2022

Jorge Masvidal finds himself at a crossroads. After losing a spirited UFC 272 main event to bitter rival Colby Covington last Saturday, there aren’t many places left for ‘Gamebred’ to go. A UFC Welterweight title shot is off the cards. Even before the Covington defeat, Masvidal’s two losses to champion Kamaru Usman had put paid to that. Masvidal has now lost five of his last eight bouts, the sort of form that has seen less marketable men released by the UFC. But Masvidal remains a highly bankable name, not unlike another top star coming off consecutive defeats: Conor McGregor.

Rumours have already begun suggesting McGregor and Masvidal could meet in either a welterweight or catchweight fight this year. On paper, it’s a bout between two men who have lost five of their six combined fights since 2019. In terms of changing the landscape of the sport, this fight would barely be a blip on the radar. But in terms of box office appeal, and white-knuckle excitement, this could be one of the events of the year.

For the UFC, this is a wise use of two of their dwindling assets. Based on their current form, there may not be many big events ahead for the pair. McGregor will always draw fans, as perhaps the biggest mainstream star MMA has ever produced. But it remains to be seen how long that huge fanbase will remain interested if he keeps losing fights. A third consecutive Octagon defeat could see ‘Notorious’ seek other avenues to make his bread.

McGregor has already made big bucks from boxing, netting a reported $75 million from his 2017 bout with Floyd Mayweather. Should he incur another MMA defeat, McGregor might make the switch full-time. There would be no shortage of challengers, ranging from legendary retirees like Manny Pacquiao to the cash-rich, skills-poor influencer set like the Paul brothers. There may come a time when McGregor questions the wisdom of risking his neck against the best fighters on the planet, when he could make money for old rope fighting YouTubers.

For Masvidal, the parachute would not be quite so golden. While he would surely still be popular enough to land a lucrative celebrity fight or two, he would not bank as much as the Irishman for doing so. Which is why he may be more keen to get McGregor into the cage. 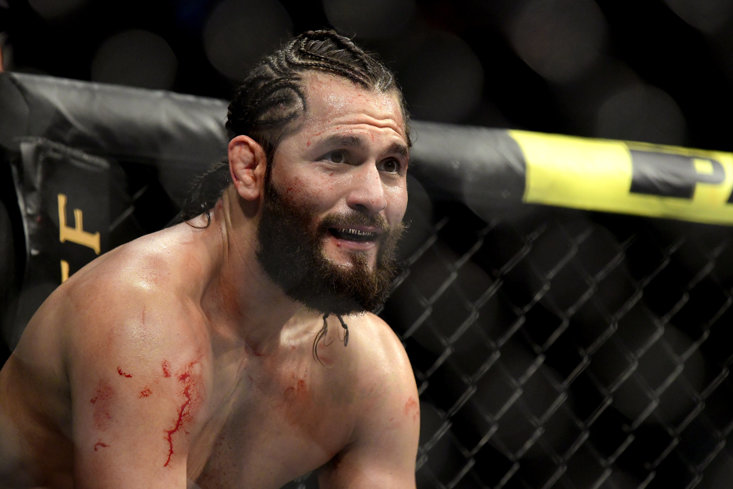 More than money, the prize for the winner of a McGregor vs Masvidal bout would be a reprieve. The winner lives to fight another day, their losing streak snapped and their legendary reputation restored. It is not hard to envisage title fights, or at the very least further main events, following for the victor. Part of what makes this rumoured match-up so fascinating is the risk-reward scenario, as the loser would find themselves in a horrible position. Unlike WWE, the UFC do not do retirement matches. But this is about as close as it gets in MMA, as it’s impossible to see a way back for the beaten man.

It remains to be seen if this fight progresses beyond the rumour mill, but it feels like it makes too much sense not to. UFC President Dana White can get one more huge night out of two of his biggest modern stars, while the winner will likely give him at least one further mega-fight. There is also a high chance that the fight is so thrilling or close it warrants a rematch. Ultimately, it feels like an arrangement that is in the best interests of all involved. If it does happen, make sure you tune in. It might be your last chance to see these great warriors take to the cage.