It may have been a different venue, but the Tottenham Hotspur Stadium produced the same magic as Wigan Warriors won the Betfred Challenge Cup in the most dramatic fashion. Liam Marshall scored a last-gasp try to give Wigan a 16-14 win over Huddersfield Giants in a nail-biting final that produced incredible drama.

For Matt Peet, it crowns off a dream first season as head coach as the most successful side in this competition won the trophy for the 20th time. The Cherry and Whites are used to celebrating in the capital, but this time, in new surroundings, it went all the way to the wire. Meanwhile, Huddersfield were just four minutes away from ending their 69 year wait for a Challenge Cup, but in heart-breaking circumstances they couldn’t hold on.

Tui Lolohea converted an early penalty for Huddersfield to get their noses in front, but he endured a shocking day in front of goal. He missed five kicks and ultimately they would prove costly in such a tense and tight final. They were in front at the break, and in front with just five minutes to go, but when the hooter went, Ian Watson was left to pick his players up off the turf.

The manner of the defeat makes this so hard to take. The Giants dominated the opening and managed to test the Wigan defence on several occasions as the pressure grew on Peet’s team who held firm, but they were certainly on the back foot.

Having been gifted opportunities in the opening 17 minutes, Huddersfield finally broke through as a clever dummy run gave Ricky Leutele enough space to break through on the touchline and score the first try of the final - but Lolohea couldn’t convert the extras. It would become a common theme. 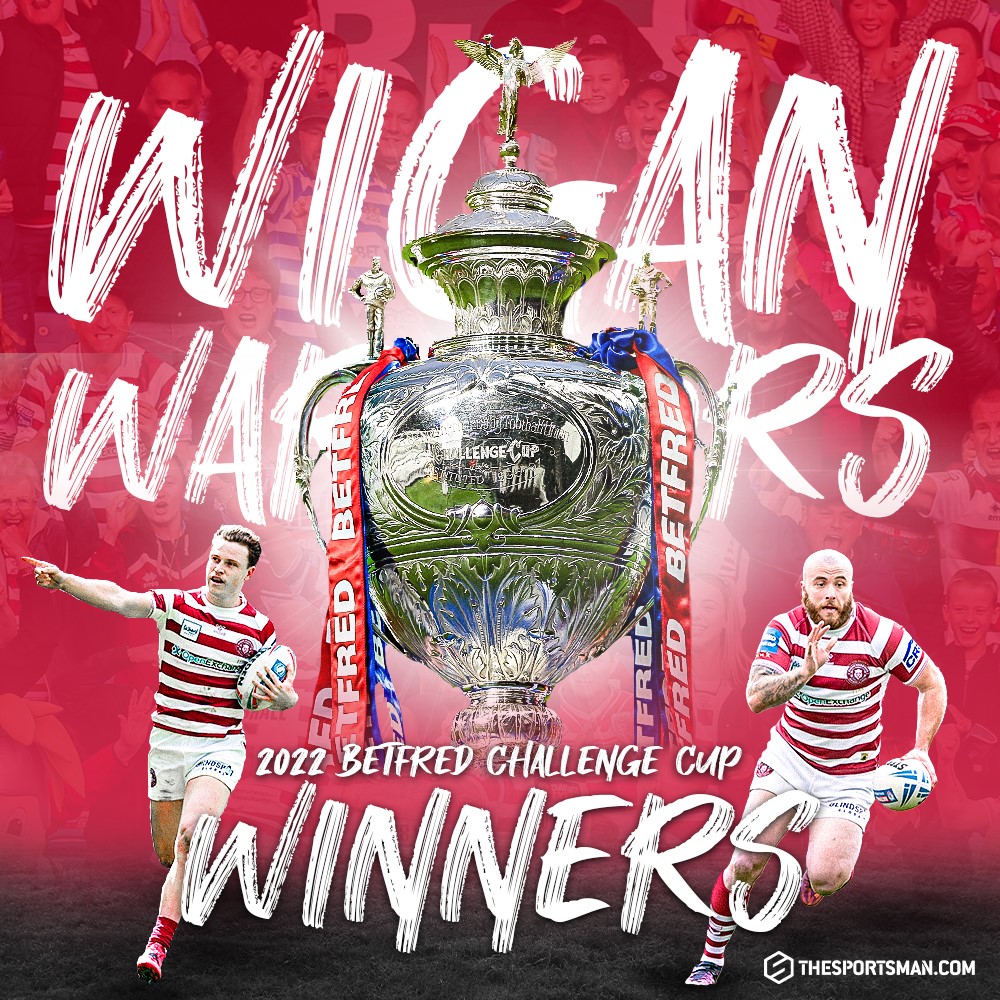 Oliver Russell, Innes Senior and Jack Coggar were so fluid in the first half that the Cherry and Whites just couldn’t live with them. At just 21, Senior in particular showed no signs of nerves in front of a vocal crowd as he took a key catch to alleviate some rare Wigan pressure.

Yet, Morgan Smithies produced a moment of magic to drag Wigan back into the game. He powered his way through two defenders before handing a wonderful off-load to the onrushing Harry Smith, who had a simple finish. With the extras added by the try scorer, it was 6-6.

If Wigan thought momentum would swing after their first score, Chris McQueen proved them wrong. The ball was whipped out to the right to him and he was given far too much space, before faking a pass to Jermaine McGillvary to cross on his own. The dummy runs that the Yorkshire side were producing were sensational, but Lolohea’s kicking went array again as he missed the conversion under pressure. 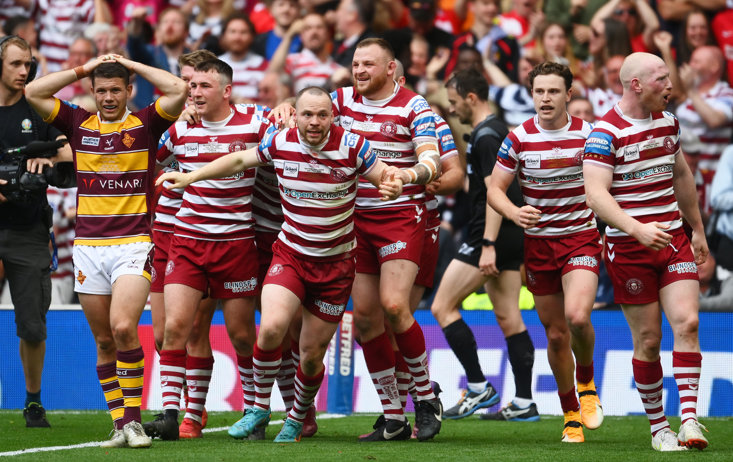 Warriors captain Liam Farrell spoke of the team's frustration at half-time: “I’d say we are lucky to be where we are. The amount of pressure we put ourselves under with errors and penalties. We're actually not in too bad a shape going into half-time. Need to give less penalties away, simple as that. “

Three minutes into the second half, the words spoken at half-time changed things on the pitch, as Wigan went in front. Giants gave the see-you-later twins a chance to run and Bevan French stretched his legs to feed Jai Field who finished with ease. 12-10.

Lolohea missed his fourth penalty of the final to keep Giants behind and the final had swung in Wigan’s favour. Huddersfield survived extended pressure and then bit back. Leroy Cudjoe did brilliantly to attract defenders, which gave McGillvary a half chance from close range. He gobbled that opportunity up to bag his second try of the game but another miss from Lolohea’s boot meant the lead was just two points.

In this wonderful arena, these two sides were serving up a ding-dong battle. Wigan pressed on in the last ten minutes and then, with four minutes to go, they bagged the decisive try. Smith produced a wonderful grubber kick through to Liam Marshall who was able to race onto the ball to finish in the corner.

You can change the venue, but this final remains as magical as ever. Huddersfield and Watson are left heartbroken again, but Wigan Warriors are crowned champions - for the 20th time.