Football
News
Those in the know say Leeds have pulled off an incredible signing here
Simon Lillicrap
16:38, 27 Jan 2020

Forget Eling Haaland, Bruno Fernandes or Ashley Young. Leeds United have made perhaps the biggest signing of the transfer window as they have secured the services of RB Leipzig striker Jean-Kevin Augustin as they look to end their 16-year absence from the Premier League.

Touted by none other than Lionel Messi as one of the nine wonderkids to watch in world football back in 2016, his CV makes for seriously impressive reading. At just 22 years of age he has already played for PSG, RB Leipzig and Monaco with nine appearances for the France u21 side already under his belt, he could the missing piece in Marcelo Bielsa’s Premier League jigsaw.

It may only be a loan deal for now, but if the Elland Road club can reach the promised land come May, the striker will join on a permanent basis. For a player who signed for RB Leipzig for €13m two and half years ago, this is a big statement from a Leeds board who are desperate to seal a return to the top flight.

The Sportsman spoke to Alex Chaffer, the content manager for The Bundesliga’s official English channel to get the low-down on the player Leeds are relying upon to fire them to the Premier League:

“Leeds can expect a fast, energetic striker who is willing to work for the team. A great finisher and all-round top striker on his day… He was viewed in Germany as a player with very high potential. He was fantastic at the start of his time with RB Leipzig before Timo Werner hit his big form, which saw Augustin go out on loan. People in Germany know he could be playing regularly in the Bundesliga right now.

“He’s definitely the right striker to help. I can see him scoring 15 plus goals from now until the end of the season if he works well with Bielsa and plays his part with the team. Leeds have pulled off an incredible signing here.“ 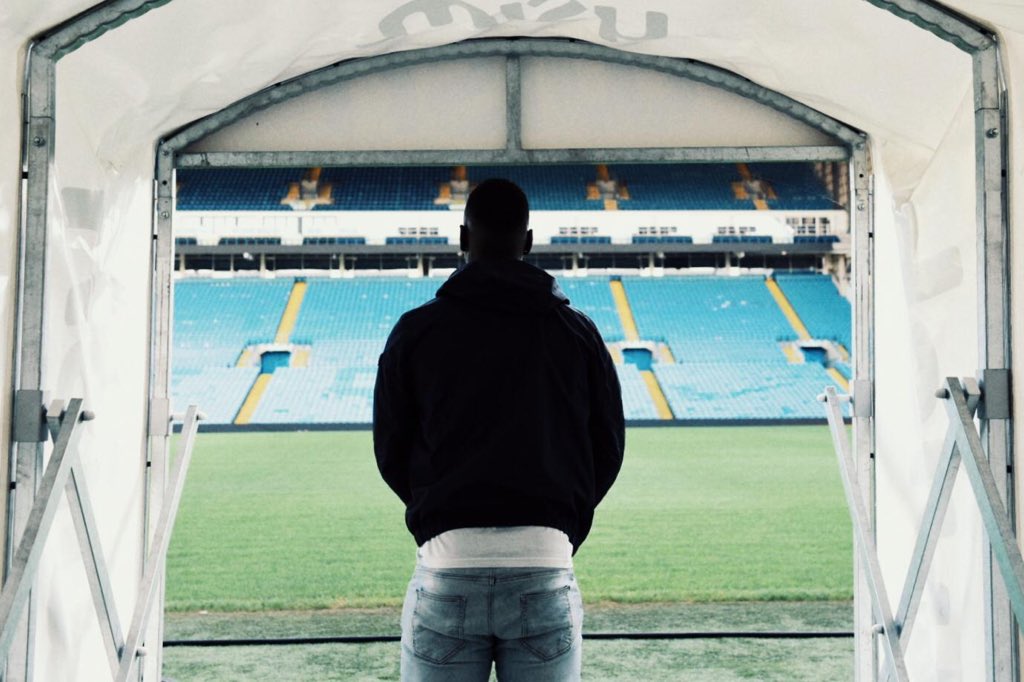 It comes as no surprise that Leeds have gone in for a striker this window, they have been short up front for months and have scored just one goal across four games in 2020. Patrick Bamford has been the only central option for the Argentine manager to rely on and has started all but two games for the White this season, it was clear somebody new had to come in this month.

Leeds’ loss of form over the past month has led many to believe the same flaws that saw them lose the lead at the top of the Championship last season could rear ugly its head once more. At the turn of the year Bielsa’s side were top of the league and nine points clear of third-placed Brentford. Now that gap between the play-offs and second-placed Leeds has been cut to just three points.

Having blown a three-point lead with just four games to play last season, Leeds ended up losing in the play-offs to Frank Lampard’s Derby side in one of the most dramatic playoff games we have ever witnessed. It certainly seemed to be a sense of Deja vu for Leeds fans who have time and time again watch their side fall away over the second half of the season.

Football on BT Sport
@btsportfootball
Leeds have confirmed the signing of Jean-KÃ©vin Augustin on loan until the end of the season from RB Leipzig.
He's got some SERIOUS talent ðŸ˜®

For Bielsa, it appears that a heavy schedule catches up with his side who cover a huge amount of distance on the pitch. This is why the January window has been so pivotal to the club, they need fresh faces and more competition to help keep the players performing at the very top level.

Augustin has come in to alleviate the pressure on Bamford after Arsenal recalled Eddie Nketiah while Ian Poveda will provide pace in the final third, arriving from Manchester City. On his new signing, Bielsa said at his pre-match press conference:

“He has good mobility, he involves himself in the combined play of the team and he has a lot of presence in the box. We analysed all the options Victor Orta gave us and all of them were good. Finally, it was Augustin who we got."

It is sure to be another tense four months from here until the end of the season for Leeds’ fans, but if ‘Big Kev’ as he has been lovably named by his teammates can score the goals to fire them to promotion, he will etch his name into the history of this great club.