Lauren James has returned to Chelsea and it is certainly a signing that will excite Blues fans.

Having joined the London club from Manchester United, the exciting striker joins her brother Reece as a Chelsea player. She has signed a four-year deal and her transfer is reportedly a record-breaking deal for the two Women’s Super League clubs.

It is a poetic moment for the young star who returns to the club she began her footballing journey with at the age of six. As many cases in football have shown, it was not meant to be for the youngster in her first stint as she departed the club for London rivals Arsenal in 2014, where she progressed into the first team and made her debut at the age of 16. She became the second-youngest player in the club’s history to reach that feat.

She may be regarded as Reece James’ sister to some but she is a huge player in the women’s game and she is still just 19-years-old. Like her sibling, she was born with football in her blood, given to her by her father Nigel, an ex-professional footballer turned youth coach. He was the one who drove the pair to go the extra mile to become the best with hours upon hours of extra training drills in their back garden. 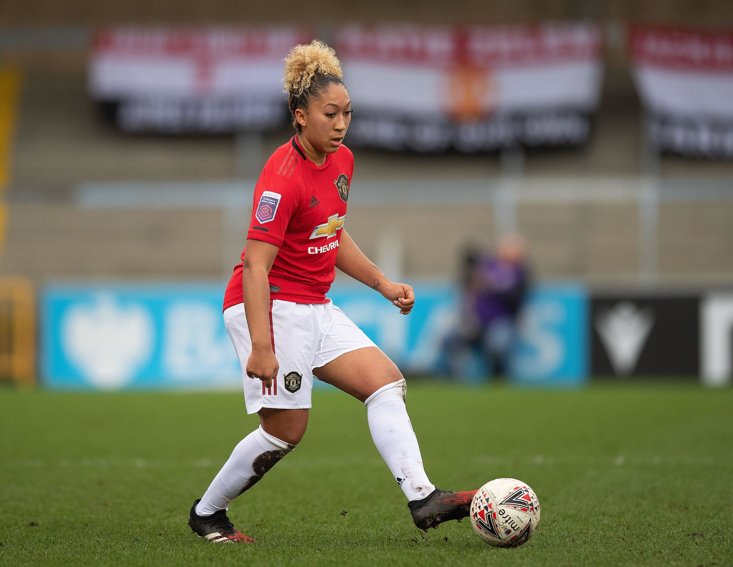 Another key aspect as to why she stands out in the women’s game is because she only used to play football with boys growing up, which included her brother and fellow Chelsea youngster Conor Gallagher.

She arrived at a crossroads at Arsenal when deciding the next step in her development and she joined the newly-established Red Devils in 2018. She had an impressive debut campaign with Casey Stoney’s side as she bagged 14 goals in the club’s inaugural season where they stormed the FA Women’s Championship.

James had established herself as one of United’s key players during her spell in the North West but with issues going on behind the scenes, added with Stoney’s departure, provided her the perfect opportunity to return to the club that is closest to her heart.

Emma Hayes has reacted brilliantly to securing this deal as she looks to retain the Super League title next season. James is still raw in terms of her age but her ability surpasses her age and it is frightening how she is only going to get better. 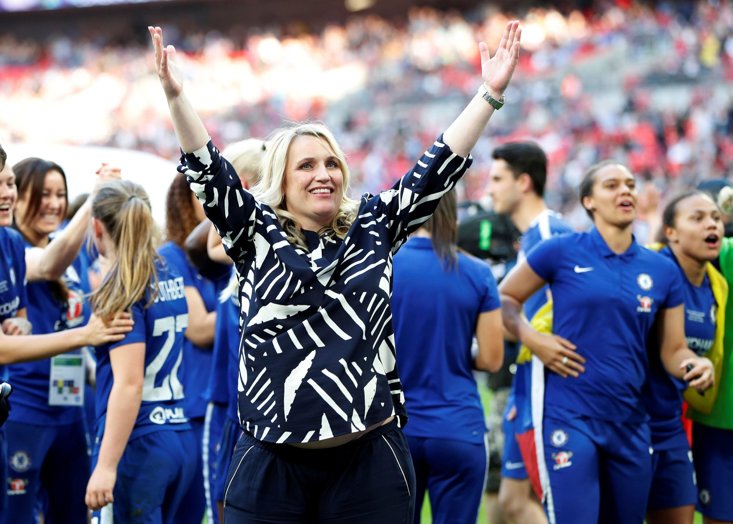 At this stage of her development there is no better manager to be learning from than Hayes, and while she will be looking to pass on her knowledge to James, she will be expecting big things from the striker as Chelsea will look to avenge their heart-breaking Champions League final loss to Barcelona.

The London outfit have been hoping to catch the Spanish outfit in recent years and the arrival of a hot young talent like James, who has blue in her blood, can help spur the club on to reach the heights of their continental rivals.

Lauren James is a name you will grow accustomed to over the next few years and she will only boost Chelsea’s hopes of becoming the champions of Europe.

Her arrival coincided with the fixture release day for the FAWSL and her first game back with the Blues will be an away trip to her former side Arsenal as the season commences on the weekend of September 3rd.

The other opening weekend fixtures are: