Football
News
The Argentine has been Inter's star so far this season after a great Copa America
Graham Ruthven
11:10, 15 Oct 2019

When is  €111m considered a bargain? When it comes to the sale of upcoming Inter Milan striker Lautaro Martinez, apparently. The 22-year-old Argentinian was the breakout star of the 2019 Copa America, shining brightly during what was a calamitous tournament for La Albiceleste.

Now, according to reports, he's caught the eye of Lionel Messi and Barcelona, with Tuttosport via Football-Italia.com saying the Spanish giants are open to paying the €111m release clause, which would allow them to sign Martinez. The report goes on to suggest that Inter had previously thought this clause would put everybody off making a move for the player, but Barca might actually consider it a bargain price.

Looking at the current Barcelona squad, it's a buy that would make a lot of sense.

The Catalans added to their attacking options with the signing of Griezmann from Atletico Madrid this summer and Luis Suarez has also silenced his critics with a number of match-winning performances of late. Barca are well-stocked in the attacking third, especially once Ousmane Dembele, Ansu Fati, Carles Perez and Messi are factored in.

But Martinez is an orthodox centre-forward of a type the Blaugrana are somewhat lacking. The Argentine is averaging 3.6 shots on goal per game, more than Messi (3.0 per game), Griezmann (2.6 per game) and Suarez (2.5 per game). Griezmann often finds himself occupied by responsibilities out wide while Messi is becoming more of a playmaker. Ansu and Perez cannot be described as traditional forwards either. This leaves Suarez, now into the twilight of his career, as Ernesto Valverde’s only true option to lead the line.

Meanwhile, Martinez is only getting better and better and would bring another dimension to the Barcelona attack. The former Racing Club star also has the swagger and self-confidence to succeed at the Camp Nou.

And we should not forget that Lionel Messi is the most influential man at the Camp Nou. The Argentine was instrumental in the hiring of Tata Martino as Barcelona manager back in 2013, while Antoine Griezmann’s signing over the summer reportedly required the green light from the club’s spiritual leader. Now that Messi is believed to have recommended Lautaro Martinez to his employers, is his move to Spain only a matter of time? 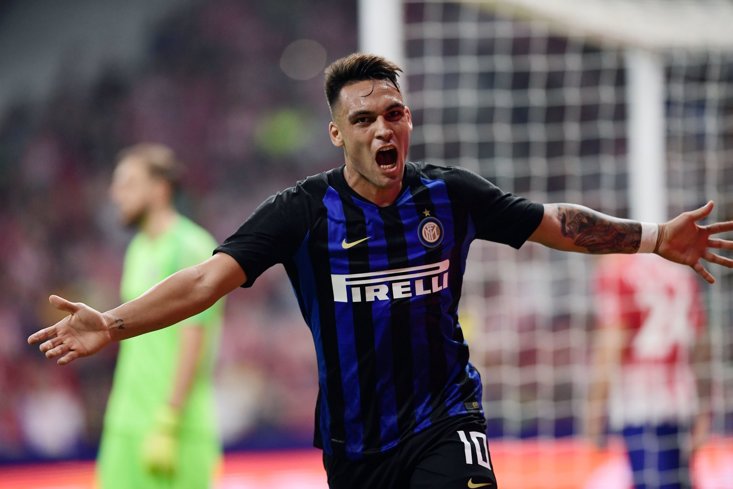 “No one has called us, but we know there are strong rumours which is true on Barcelona's part,” Beto Yaque, Martinez’s agent, explained in a recent interview when asked to elaborate on the extent of the Catalans’ interest in his client. “There's a bit of interest, which is true.”

Of course, Martinez perhaps shouldn’t feel the rush to leave San Siro at this point. He is a key figure for a team on an upward trajectory under a new manager making a real impression. It’s unsurprising that a club of Barcelona’s stature is interested in such a sparkling talent, but Inter is a good place to be a footballer right now and Martinez is thriving.

Whether he stays in Lombardy or heads to Catalunya, the spotlight is sure to follow one of the game's bright young stars.