Forest Green Rovers may be the only vegan club in English football, but they’ve made a pig’s ear of clinching the League Two title over the past month. Three games ago they all but sealed promotion with a 2-0 win against a now-relegated Oldham Athletic, a result that put them five points clear of second place Exeter City.

Rob Edwards was crowned Manager of the Year at the EFL Awards, while immensely talented full-back Kane Wilson won Player of the Year in a double swoop for the Nailsworth-based club, but since then it appears they’ve taken their foot off the gas.

Despite boasting two of the top three goal scorers in the division in Matt Stevens and Jamille Matt and being the best team to watch in the league, they head into the final day one point behind Matt Taylor’s Exeter side after two defeats on the spin. The Grecians know three points against Port Vale will seal their first domestic league title for 32 years.

But victory on the final day will not be an easy task for either of the top two given the opponents they face. 6th place Vale went on a remarkable run of eight wins out of nine to take them into the automatic spots, but three defeats on the spin at the business end of the season means they are now not even guaranteed of a play-off spot with one game remaining. Beat the potential champions however, and third place, and the automatic promotion spot that comes with it, could be theirs.

Former Bristol Rovers boss Darrell Clarke has been a popular figure since arriving in Burslem last February, but his side were surprisingly booed off after losing their final home game of the season to Newport County at the weekend. Vale have it all to play for, but a season-ending Achilles injury to captain and influential midfielder Tom Conlon picked up in January, now appears to be catching up with them.

Meanwhile, FGR visit 5th place Mansfield Town, a side that have been the underperformers of this division for far too long. Finally however, with Nigel Clough at the helm and the likes of James Perch, Matty Longstaff and top scorer Rhys Oates in their side, they have mounted a serious challenge. 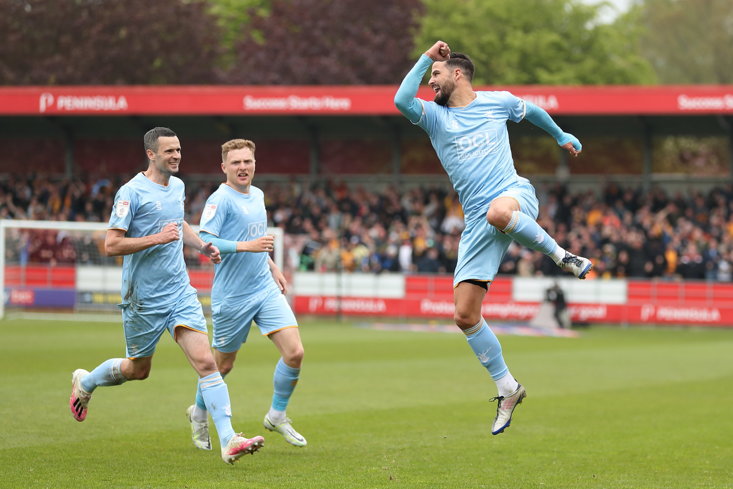 Mansfield, on 76 points and Vale, on 75 points, both have automatic promotion dreams, but as it stands, that third spot belongs to Northampton Town. The Cobblers have become somewhat of a yo-yo club between League One and Two, having come down last term, and been promoted through the play-offs in 19-20.

As they were two years ago, they’ve become incredibly difficult to play against under Australian boss Jon Brady, and have conceded the fewest goals in the division, just 37 in 45 outings. Along with Ange Postecoglou north of the border, it appears Aussie coaches are now achieving success on these shores. Given that Brady was a relative unknown at the time of his appointment, having been promoted from the youth teams at the club after a successful spell at Brackley Town, Northampton’s season has been impressive. They face 21st place Barrow at Holker Street, knowing that a win may secure them promotion.

I say ‘may’, as 4th place Bristol Rovers are level on points with Northampton, but need to make up five goals due to their inferior goal difference. It may sound impossible, until you consider that Joey Barton’s side face basement club Scunthorpe United, who are arguably the worst team we have ever seen at this level, having won four games all season. Aaron Collins, who has been so key for the Gas this term, scored in both the 89th and 95th minute last weekend against Rochdale to complete a 4-3 turnaround, but Barton will be without Paul Coutts, who was sent off late on.

It’s still a mystery as to why he is playing at this level, having met his current manager at Fleetwood, and his midfield presence will be a big loss on the final day, and potentially in the play-off semi-final should Rovers fail to secure third spot.

If you thought the story was all about the race for the automatic spot, you’d be wrong. Sutton United and Tranmere Rovers are still trying to force their way into the top seven, with Vale and Swindon Town at risk of dropping out. Ben Garner, who flopped at Bristol Rovers in 19/20, has turned Swindon into a passing side that are just remarkable to watch at times. 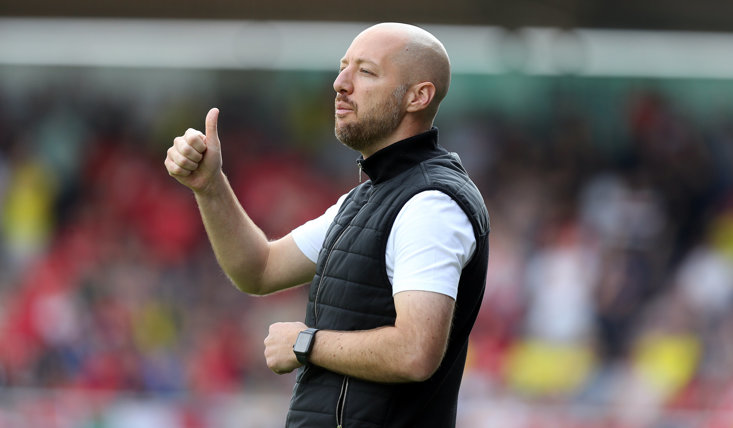 Barton called Garner’s work at the Memorial Stadium ‘negligent’, and his arrival in Wiltshire this summer was met with a shrug rather than a cheer. But along with the new owners, he has helped rebuild Swindon into an attractive proposition once more. Given they had to delay pre-season due to only having seven players, a top seven finish would be a remarkable achievement, and a play-off meeting with Bristol Rovers would be quite the story. A win at Walsall this weekend would guarantee a play-off spot, no matter what happens elsewhere.

Sutton United have been the surprise package of League Two this term, having only won the National League title twelve months ago. Time and time again we see the strength of those tier five teams, but Matt Gray knows that a win at Harrogate on the final day will put the pressure on the top seven. Having already reached the Papa John’s Trophy final at Wembley this season, they may fancy a return to the capital if they sneak into the top seven.

Micky Mellon’s Tranmere return has not been a dream so far, with many predicting the Super White Army to be play-off certainties rather than outsiders heading into the final game. They travel to Leyton Orient but given they have picked up a league high 51 points at home, their struggles on the road have cost them dear this term.

Salford City’s ridiculous spending spree has failed again as they can no longer finish in the top seven, while Oldham and Scunthorpe have already been relegated. All the action is at the top of the division, on what should be a thrilling final day in League Two.