Football
News
The Arsenal star has been given the captain's armband ahead of this summer's European Championship
Conor Keane
16:22, 06 Apr 2022

The countdown has already begun for this summer’s Women’s European Championship in England, with Sarina Wiegman’s Lionesses one of the favourites to win the tournament. The excitement is growing - particularly with a new captain being named to lead the pride into the future.

Yesterday, the Dutch coach made a key decision for her side in the build-up to the Euros by naming Arsenal’s Leah Williamson as the official captain, replacing Steph Houghton, the skipper of eight years standing who has missed the last nine international games with an Achilles injury. This is a defining moment in the career of the Gunners' defender who has received the armband just days after turning 25. Considering Wiegman had given her the armband in all the England camps since Houghton had been sidelined, it seemed like there was a strong chance this could happen before the summer tournament.

Williamson described being made captain as “the biggest honour in football” and that it will “never sink in”. She has established herself as one of Wiegman’s key stars since she took over in September and her international career has taken great strides since 2019, when she only received 19 minutes of action at the World Cup in France. At club level, she has cemented her place as one of Arsenal’s brightest stars and has been a consistent performer over the last few seasons, evolving into one of the Women’s Super League’s biggest talents.

What makes her special is that she is versatile and can play in the heart of midfield or defence and can thrive wherever she is needed to play. Williamson has featured for the Lionesses under Wiegman in a double-pivot midfield with Keira Walsh, where she has excelled. She has already displayed the strong qualities of a leader for club and country and the Lionesses boss has publicly shown her faith in Williamson with this move. 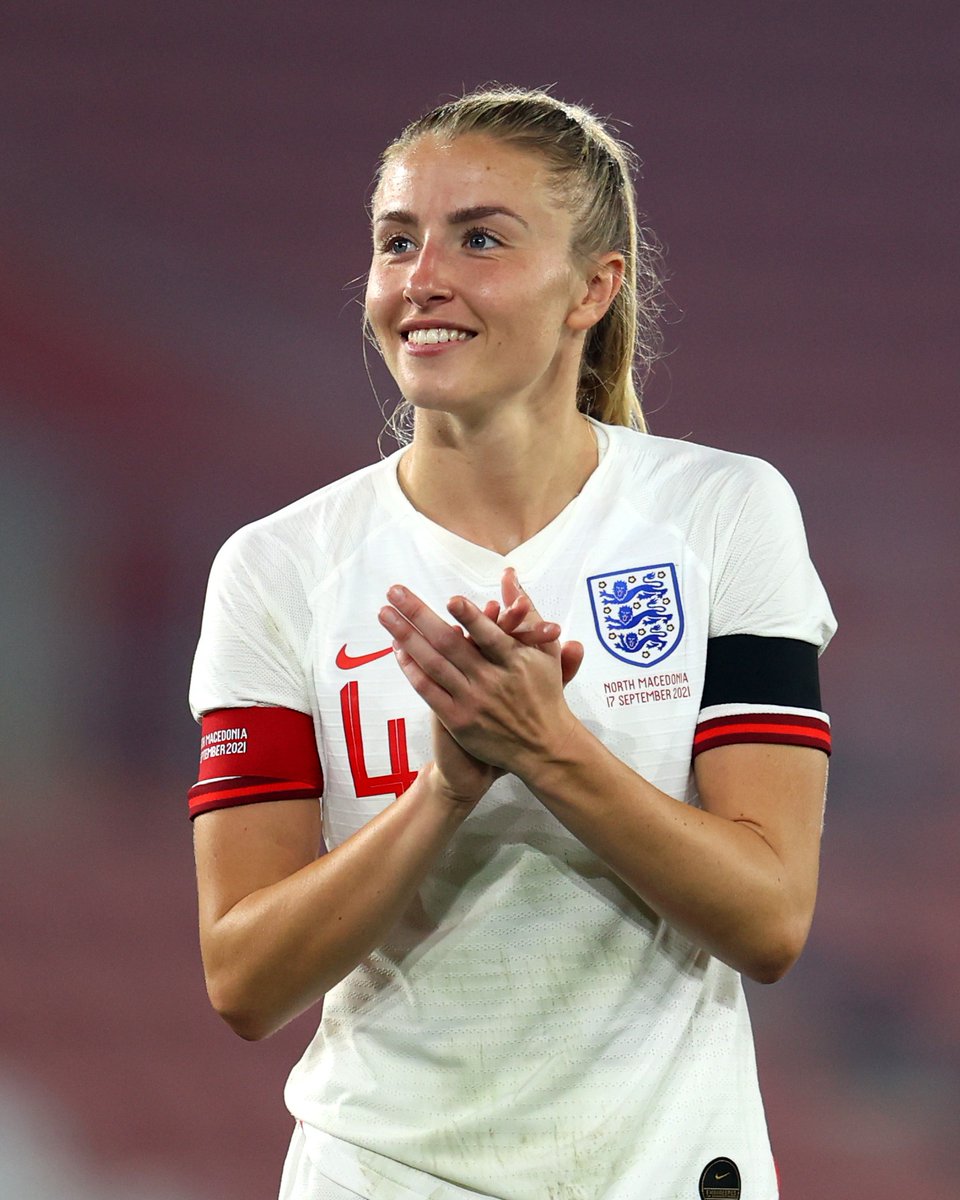 The permanent appointment is thoroughly deserved after Williamson captained England to victory in the inaugural Arnold Clark Cup tournament on home soil in February, and the announcement has provided the squad and supporters some much-needed clarity heading into the Euros. For all the qualities and strong personality Williamson has to have been handed this honour, she remains as humble as ever, even in her delight at being named captain on a permanent basis.

She said: “For me to wear an England badge would have always been enough. For me to get on the pitch and start in a major tournament is an incredible achievement and something I’ve not done yet for England, so it’s been a quick and massive change for me over the last year or so and that will really be a pinch-myself moment.

“This is an incredibly proud moment for me and my family and I am honoured to be asked to lead us at the Euros.”

The Lionesses captain paid tribute to her predecessor, Houghton, who had been the leader of the team for nearly a decade.

“Steph Houghton is one of this country’s all-time greats and to follow in her footsteps - and all of those special names who have led the team in the past - it means so much,” Willliamson added. “Although I will be wearing the armband, I know we have a squad full of leaders who share my pride and passion in playing for our country. Whether I am captain or not, I will never take anything for granted and will always do my best for England every time I pull on the shirt.”

England’s next set of international fixtures are World Cup qualifiers and Wiegman will look to extend her perfect record as Lionesses boss when they take on North Macedonia and Northern Ireland on 8 and 12 April respectively. With these crunch clashes providing more competitive experience before the Euros, Wiegman has timed naming her new skipper to perfection, while also anointing defender Millie Bright as vice-captain and all-time leading goalscorer Ellen White third in line for the armband.

“This decision gives us continuity at this important final period as we build towards the tournament,” said the 52-year-old.

“It is important we give everyone clarity. Leah has been a great leader for us and I know she will continue to set the example we need in her work on and off the pitch.”

Williamson also received the backing from many of her international teammates on social media, including her former captain Houghton.

“The captaincy is being passed on to a very deserving and driven leader in Leah Williamson, with all the attributes  an England captain needs to be successful and I have no doubt she will be,” said the 33-year-old Man City star.

“I will give total support to Leah and will be there for her, with any help or advice she may need, similarly to that I received from Casey [Stoney] and Faye [White]."

There is such a positive atmosphere surrounding the Lionesses ahead of this summer’s special event and it seems like the key components have been put in place to deliver the supporters some more success on home soil.

Is it time to start uttering those famous three words yet?