Football
News
The midfielder finds himself down the pecking order at Barcelona under Xavi
Reshad Rahman
13:35, 22 Feb 2022

Barcelona is a team that has great talents coming in, especially in their midfield position. Under new coach Xavi Hernandez, the likes of Pedri, Gavi, Nico and now Frenkie de Jong are thriving. Although there is one player who hasn't been getting a lot of playing time ever since the new coach arrived: 22-year-old Riqui Puig.

Born in Matadepera, Spain, Riqui Puig has always been labeled as a 'talented player' and 'one for the future' ever since his teenage years at La Masia. His skills during youth-games impressed everyone. However, in the last two or three years, his situation hasn't been that promising and to know why, we'll have to go back to 2020.

Possibly out of all the three coaches who were at the Nou Camp helm that year - Ernesto Valverde, Quique Setien and Ronald Koeman - it seemed like the former Betis coach relied on Riqui the most. During the 2019/20 season, from January Riqui was getting a 'good amount' of playing time and slowly gained the coach's trust.

Puig has always been very positive when asked about Setien in his interviews. So much so, that during an interview with MIC Camp, he picked him when asked to choose between the Spaniard, Pep Guardiola and Koeman, saying: "I think that because of the way he understands football and how he treated me, [I'd choose] Setien. He was very close to me, he helped me a lot and I learned a lot from him". 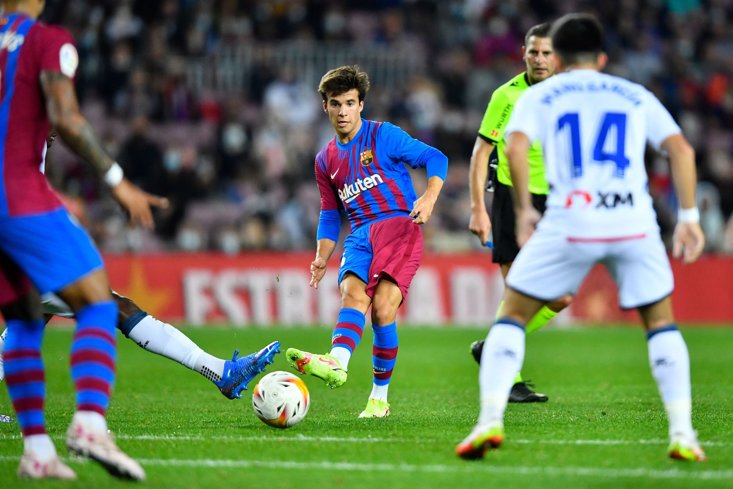 The 2020/21 season arrived and Setien was sacked following the 8-2 defeat to Bayern Munich in the Champions League quarter-finals. It wasn't good news for Puig since he liked working under the forming Racing Santander midfielder’s orders, with club legend Koeman coming in as his replacement.

The situation didn't look positive for Riqui right from the start, when Koeman, on multiple occasions and interviews, advised Puig, among others, to leave the club on loan. A meeting eventually took place between Riqui's camp and Barcelona to hold talks over his future. However, the midfielder had no doubts -- "I want to stay and fight for a place here". Puig did get his wish, but was never rated highly in Koeman's plans. Their relationship didn't seem to be the best either.

Although unconfirmed, few reports in Spain, from El Pais, suggested it all started from the Joan Gamper pre-season fixture when Ronald Koeman called Puig 'a leaker' in front of the whole squad because he allegedly leaked how the Dutch coach told him to look for a new team. He wasn't included in the squad-list for that game.

In the 2021 summer, there was plenty of speculation over his future, but not only did the player stay firm in his desire to stay, but the board didn't consider letting him go either.

This season, he's played a total of just 355 minutes in all competitions so far and under Xavi, it seems like Pedri, Nico, Gavi, Frenkie are all ahead of Puig in the pecking order. Now what's next?

The best decision for Puig would be to leave the club on loan this summer. He's 22 and isn't playing as much as he thought he would, since other players have overtaken him. If he wants to continue his growth as a professional player, it's much better if he goes to a team that gives him minutes.