A year on from almost walking away from the game, rugby league great Lee Briers returns to Warrington on Friday night enjoying a new lease of life with a Wigan side showing signs of rediscovering its former glories.

A spark is back with both Briers and the Warriors, who lie level on points with bitter rivals St Helens at the Betfred Super League summit, looking every bit their closest challengers.

But 12 months ago things were very different. The Welshman, Warrington’s all-time record points scorer and one of the greatest stand-offs the British game has ever produced, was hearing his 25-year love affair with Warrington end in an uncomfortable two-minute meeting.

A change of head coach meant the 43-year-old’s role as assistant was gone too, a glorious Wolves career ending with neither fanfare nor eye contact.

“It was upsetting,” he told me in the days afterwards. “25 years is over half my life and all I have ever known is Warrington. I was in a daze, in shock, there was anxiety, worries, anger. I was losing my job. Those emotions all run through you when something you don’t want to hear happens. I’m content if I have to walk away from the game. Do I want to walk away? No. Because I have a hell of a lot to offer. And life is all about how you come back from disappointment”.

Change, and major life change can be brutal. And this is a conversation that I think about often. Listening to a man so emotionally raw at the anxiety of a drastic enforced leap out of all he had ever known, resonated powerfully personally.

Now, a year later, we sit down again, and everything feels different.

Briers was barely out of a game he was content to turn his back on, seizing an opportunity instead to move to close rivals Wigan. The Warriors snapped up his extraordinary skillset and CV and set about a rebuild to chase down champions St Helens.

Briers and Wigan great Sean O’Loughlin have formed an inspired coaching set up with Super League’s youngest head coach Matt Peet, as the club bids to win a first title in four years and lay the foundations for an anticipated new era of domination.

“Wigan has given me my sparkle back,” Briers tells The Sportsman this week ahead of an emotional return to The Halliwell Jones Stadium. 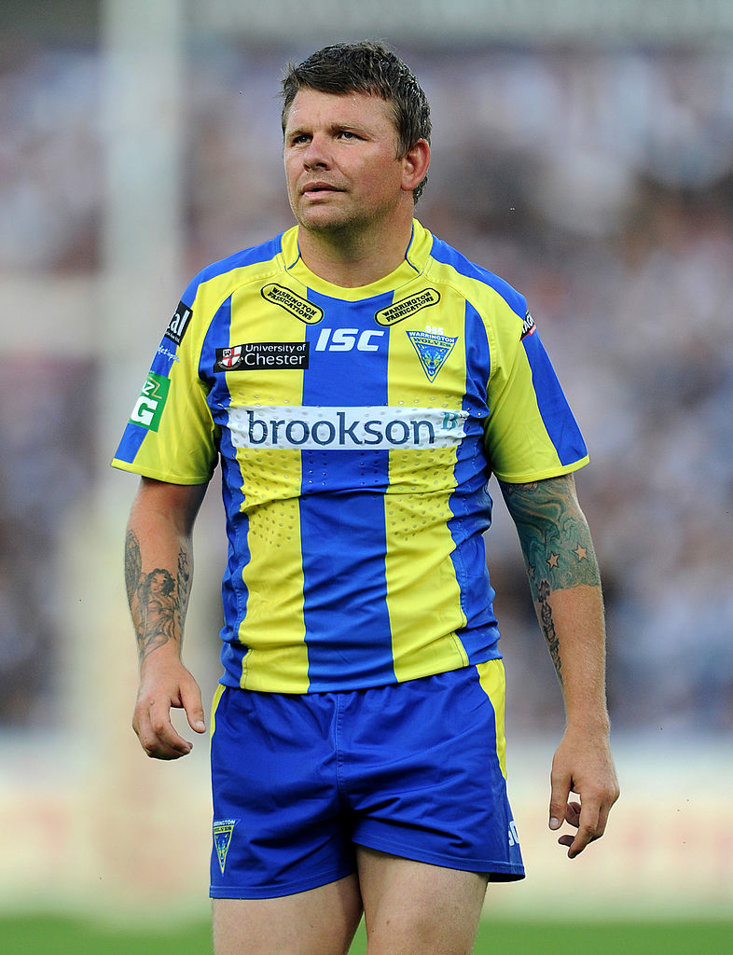 “Change is hard at the time. To come through that and experience it has made me a miles better person and a better coach. I’m in a great environment where I learn every day so it is something that I couldn’t see at the time but I’m really glad it’s happened.

“It’s re-energised me. I was at Warrington for 25 years and probably got a bit stale so the same voice doesn’t carry as much weight. I’ve come here and brought a mindset into Wigan that we want to be entertaining and the club have bought into that, most of all the players have. Within that, because we want to be entertaining it’s going to go wrong sometimes, but it’s important that is our philosophy and we stick to it.”

Briers is the archetypal rugby league man, a genius with ball in hand, a born captain and leader who already talks like a head coach. He arrived in Warrington as a slender 17-year-old from St Helens for a £65,000 fee, and left two and a half decades later as a Challenge Cup and Lance Todd Trophy-winning club legend.

At Wigan his devilish attacking brain compliments the resilient defensive grunt of O’Loughlin, as the two assistants form a potent coaching pyramid with their unassuming mate, the 38-year-old Peet.

“Matt is fairly chilled, very philosophical, a deep thinker,” Briers says of his friend and Wigan’s surprise choice as head coach this season having earned his stripes through the Academy ranks at the club, much like his mentor and current England head coach Shaun Wane.

“He thinks before he speaks a lot. Some of his speeches are as good as I’ve ever heard. He’s cool, calm and collected and the players respond to that.”

Interestingly, without even mentioning the words Zak or Hardaker, Briers brings up the C word. Culture he says has been Wigan’s watchword since Peet took charge, and will be the foundation upon which the club will build.

“He’s changed the culture side of it. I cant comment on what went before but the culture is first and foremost for us and as coaches we value that over performance for sure. Culture is live. Every day. Being good people, respectful, working hard and being confident so that your opinion matters.”

Briers believes the third part of their coaching team is the man who embodies the Wigan ethos better than any, a man who bleeds Cherry and White - club legend O’Loughlin. The former captain won four Grand Finals with Wigan between 2010 and 2018, leading both club and country with distinction and by example.

“Sean is transferring his experience as a player to a coach. He gets his point across calmly and thoroughly and the respect the team has for him helps. He’ll be a top head coach if he wants to go down that route.

“He is universally respected. As long as his work ethic is good and he puts that into practise which he is, then it is sensational. He’ll go a long way if he wants to.”

Whether Wigan’s bid to end St Helens' run of three straight titles succeeds this year remains to be seen. But that is the goal, and that goal is public, no matter when it materialises.

“We don’t make any secret at the club that Saints are the number one side,” Briers adds. “That is a healthy thing to understand. They are the benchmark and we are the challengers, and we are going to chase them. We will chase them hard.

“Whether we can overtake them this year remains to be seen but with our changed mentality we are setting standards and getting a base for the Wigan club to be successful for the next five, 10, 15 years.”

If we are indeed on the cusp of a new era of Wigan greatness, and Briers can get the Warriors attacking in his own exhilarating slick style, then with St Helens showing little sign of easing up we may well be poised for a thrilling period of this most bitter sporting rivalry.