Amidst an encouraging rebuild from a dismal season, fallen giants Leeds have one clear problem requiring a big fix.

In a brutal sport like rugby league, the line between honest heartfelt aggression and destructive ill-discipline is dangerously thin. And the Rhinos continue to tread the wrong side of it.

A chaotic implosion in the final minutes of last Thursday’s thumping defeat at St Helens saw a red card and subsequent five-match ban for marquee enforcer Zane Tetevano - his fifth suspension in just 15 months wearing the blue and amber. It also led to a three-match ban for rising England star Harry Newman, and another couple for big forward Bodene Thompson.

“There is no intent in anything any of the lads do, it’s just part of the game and sometimes things boil over,” young centre Newman tells The Sportsman in a frank and honest chat in Leeds this week.

Newman is 22, a frighteningly talented young athlete rising back to the peak of his powers in World Cup year after two serious injuries stalled his electric ascent.

His ban could not therefore be timed much worse, and the manner of it epitomises the kind of thing Leeds know they must get a grip of.

“Having been out for a while it’s disappointing to be charged with aggressive behaviour towards a referee,” he explains.

“It’s in the heat of the moment and a tough one to take really. I don’t feel like I was, it’s just me being passionate about playing the game. I know it’s tough for the referees to officiate and make calls on those decisions. All I can do is apologise if I’ve come across like that.”

Newman was facing a two-match ban when we spoke, and was confident of getting it reduced or overturned altogether on appeal. His words were not audible on the video used as evidence against him I’m told, hence the hope of a more lenient reconsidered sanction. The RFL disciplinary panel disagreed this week, labelling the appeal frivolous and extending it by one further game.

As for Tetevano, a powerhouse prop brought in on huge money as an NRL Grand Final winner, the stats are grim. The 31-year old’s five-match suspension for clobbering former Rhino Konrad Hurrell in that Saints defeat means he will have been banned for 16 matches of his 49 at the club - a third of his time at Leeds spent suspended.

And then there’s James Bentley, who is 16 Super League matches into his Leeds career since arriving from Saints and has been banned for half of them. One red card, three sin-binnings, eight matches missed. 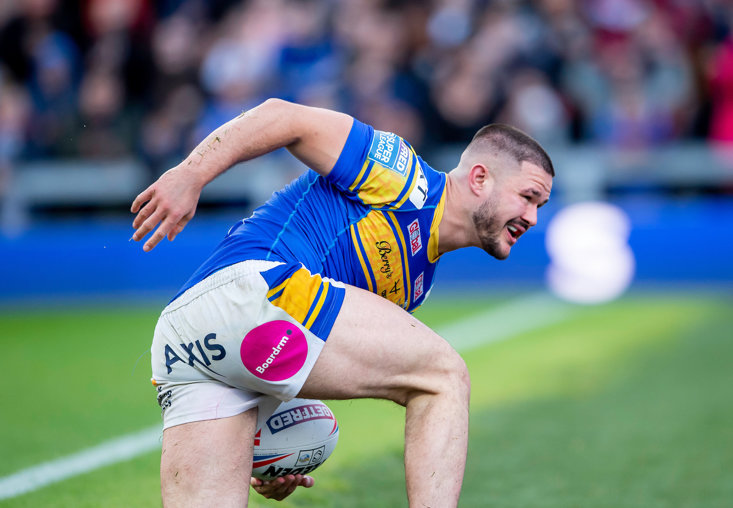 So do Leeds have a disciplinary problem? Why are they losing their heads in the heat of battle?

“I wouldn’t say we are losing it as a team,” Newman answers, but he does admit the club has identified areas of concern and are actively working on solutions.

“It’s something we will be working on as a team. It’s not just our team, it’s part of being in an aggressive sport.

“But it is something that is obvious we do need to work on as a team. We are having those conversations and we will continue to do that. It will improve and I’ve every faith in the coach and the squad that we can do that.”

It was fitting to be chatting to Newman in the heart of the Carnegie School of Sport, an impressive facility on the Leeds Beckett University campus where Leeds United’s players were undergoing their physical checks and fitness tests behind us on their first day back for pre-season.

The backdrop of rehab was something Newman has become very familiar with in his young career to date, having suffered a bad leg break and a hamstring injury that was serious enough to require surgery. He believes experiencing adversity has strengthened his resolve.

“I find it more of a challenge whereas some players go into their shell a bit and use it as an excuse not to come back at the level they left or higher.

“Mentally I can’t say there has not been dark days because there has, everyone suffers that, no matter what you do in life. Sometimes you question what am I doing all this for?

“But if you stick at it then I believe you reap the rewards. I stuck at it through a leg break for a long time at a young age when I was playing to a good standard. I use it as a challenge and that has helped me grow and become mentally resilient.

“Touch wood nothing is going to be tougher than what I have been through. You build mental toughness and that helps you when the game gets tough. I just think ‘I’ve been in way tougher places than this so why can’t we get through it?'"