With Norwich City streaking away at the top of the Championship it looks as if the race for the final automatic promotion place will come down to two teams, Leeds and Sheffield United. Leeds now hold a two-point advantage over their Yorkshire rivals with seven games to play, but things can turn around so quickly as we saw last weekend. Sheffield United’s loss at home to Bristol City allowed Marcelo Bielsa’s boys to leapfrog them into second - but both teams have found it more difficult when the pressure is on. Below we analyse their run-ins and give our verdict on who will come out on top.

Both Leeds and Sheffield United face Birmingham and Preston away over their next two fixtures so we can almost discount them straight off the bat and focus on the differentials of the final five fixtures. Steve Bruce is leading a revival at Sheffield Wednesday and they are still in with an outside shout of the play-offs. Having said that you would still expect Leeds to have too much for them at home and for the Elland Road crowd to secure all three points.

Wigan at home should not give them any issues at all whilst they do face a tricky final three. Brentford are a good side but their awful form has dropped them out of the play-off race. They may have rediscovered some form by the time Leeds come to town so this could be a tough test.

The biggest test to come for Marcelo Bielsa’s side is a crunch clash against Aston Villa at home. Villa have been simply outrageous over the past few weeks and are now nestled in those play-off positions. They will cause Leeds problems and could come away from Elland Road with at least a point. Ipswich away on the final day should not be a problem at all, although pressure can do strange things to good sides. 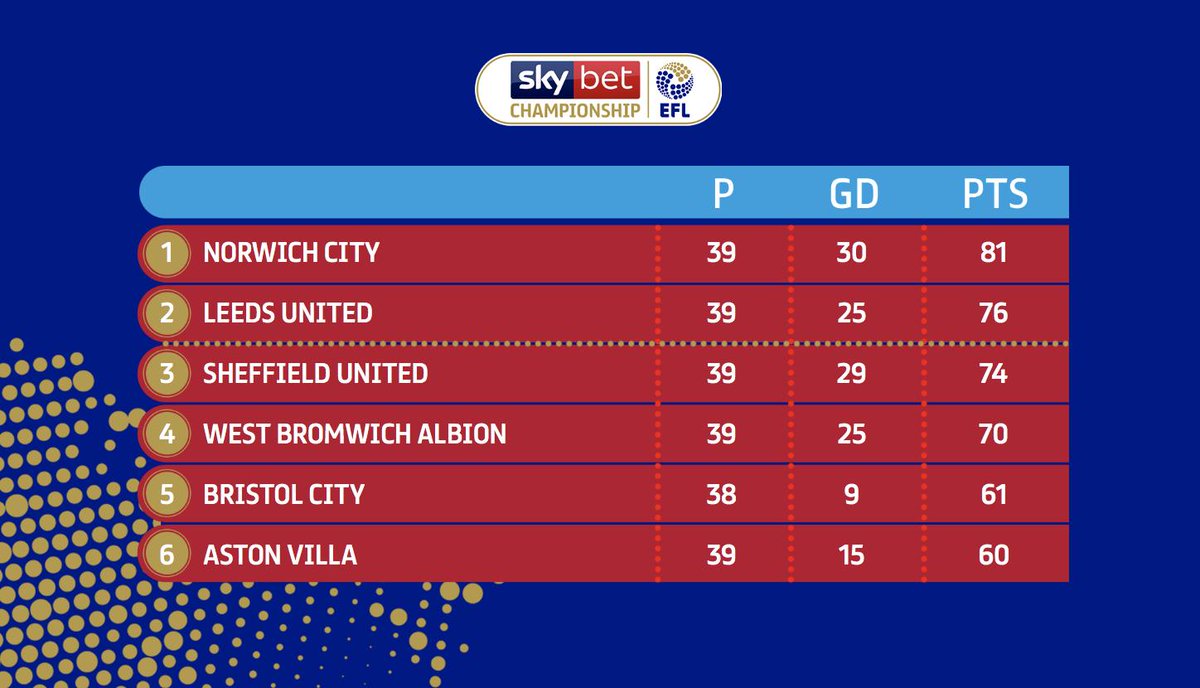 Sheffield United by comparison seen to have a bit of a simpler run-in. They face only two sides chasing the play-offs in Preston and Forest. One could argue, with the Forest game at home, that their biggest test left is this weekend at Preston, who have impressed over the past month. Aside from those two they face simple home fixtures against Millwall and bottom side Ipswitch at Bramall Lane whilst visiting Birmingham, Hull and Stoke on the road. United should be able to bounce back from the Bristol City loss and get back on track during the run-in.

They should be able to succeed Leed’s points total but it may not be enough to surpass them in the table.

Predicted points for the run-in - 16pts