Legendary racehorse Stradivarius has been retired after a glittering career.

The curtain has come down on his time as one of racing's biggest stars which saw him win four Goodwood Cups, three Ascot Gold Cups, three Lonsdale Stakes and the Doncaster Cup twice.

The eight-year-old had been slow to recover from the bruised foot he sustained last month, persuading connections to retire him to stud.

“He has been trotting and cantering but it has taken longer to get over the bruised foot than we thought,” owner-breeder Bjorn Nielsen told Racing Post.

“We felt it would be unfair to ask him to come back again as a nine-year-old next season after his enforced time off.”

Stradivarius’ retirement will be a great loss to the racing family, with everyone taking him into their hearts. A feature of his outstanding career was his consistency at the highest level. His last start saw him defeated by a neck to Kyprios in his bid for a fourth Goodwood Cup in July. His duel with the eventual winner brought the crowd to its feet.

“It has been a fairytale from start to finish,” Nielsen added. “Until this setback he had never been medicated and had never missed an engagement through injury. He had great presence when he went to the races, which the crowds loved, and his overall soundness was rare to see in any horse – never mind one of his age. He is a tribute to John Gosden, who has trained him so brilliantly for so long.” 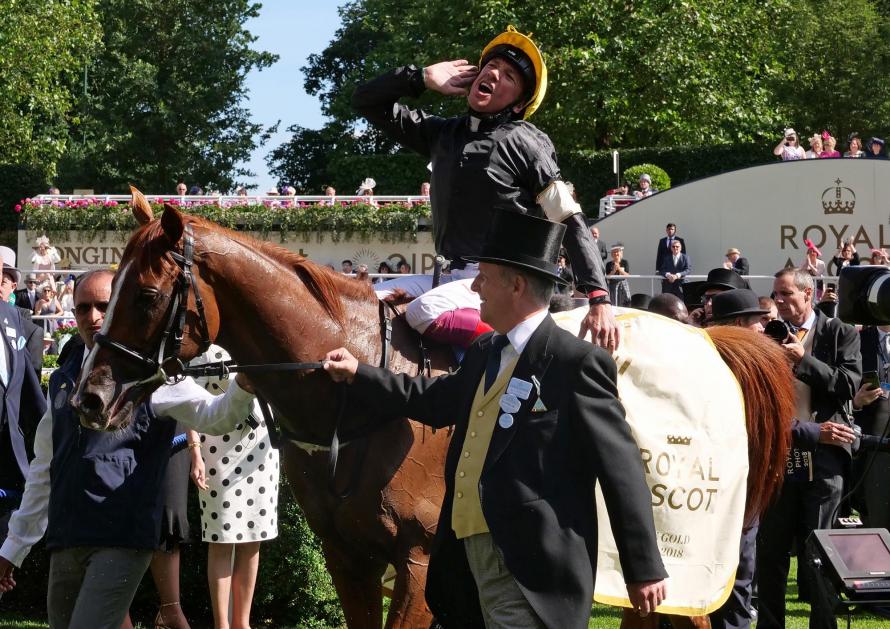 The standout performance within Stradivarius’s dominance of the staying division came when he won the 2020 Gold Cup at Ascot by ten lengths from Nayef Road. He posted that victory on soft ground even though connections always felt he was at his best on a fast surface.

Asked whether this marked a sad day for him personally, Nielsen said: “Yes and no. It has been a great thrill to watch him racing all these years but you always know they can’t go on forever. We contemplated stopping him at the end of last season but he showed us he wanted to go again, which was remarkable in itself.

“In the end we decided to keep him in training for three races and he ran in all three, winning the Yorkshire Cup first time out and then having no luck at Ascot and Goodwood. But each time he showed the fire was still there.

“He was consistently prolific, going round and round, winning all those staying races again and again. Even if I am fortunate to win the Derby or the Arc at some point in the future, I know I will never have another horse like him. He was hugely appreciated by the public. It was just a joy from start to finish.”

The music may have stopped but the memories will live on as he goes down as one of the greats.