Leicester City’s disappointing start to the season continued as they slipped to a 1-0 defeat away at Legia Warsaw with Brendan Rodgers making six changes to his squad, as their squad depth was highlighted as a glaring weakness.

The poor result in Warsaw means that Leicester have just a single point from their two opening matches in the UEFA Europa League. It adds more misery to their poor start to the season as they have only won one match in their last six matches as the Foxes look a shadow of the side that were on the cusp of qualifying for the UEFA Champions League last season. Kiernan Dewsbury-Hall was called up to start for the Premier League side in Poland, and despite coming in from a positive loan at Luton Town last season, it signals the lack of depth Leicester have within their ranks. With the European competition going to provide them with a lot more matches, it is a worry.

It felt as though that there was not enough depth in Brendan Rodgers’ squad as their second eleven did not really get going in Poland until the fresh legs of the regular starters stepped onto the pitch. There was a clear lack of ideas moving the ball around and how to break into the final third with any gravitas. The cameos of Harvey Barnes and James Maddison sparked the Foxes into life but it was a case of too little too late as the Polish side defended resolutely to hold on to a gargantuan three points.

It raises the issue again of how reliant the East Midlands club are on stalwart defender Jonny Evans, whose absence in the heart of the defence allows it to crumble with ease. Caglar Soyuncu was deployed on the left side of the back three and looked unsure of himself as the Legia players knew to attack down his side to cause the Foxes damage. Without Evans and Wesley Fofana, there is no leadership in the defence and with the attacking players firing blanks at home and abroad, Rodgers has a lot of work to do to regroup his players who have no confidence right now.

The hosts were finding some success down the right side in the early stages as Leicester defender Soyuncu was caught napping twice, still suffering from his shaky start to the season. There was a player for Legia who seemed shaky in the early stages too. 19-year-old goalkeeper Cezary Miszta, who was making his debut in the competition, made a mistake in the opening period as he went out to punch away a Leicester corner but completely missed the ball – and if Ayoze Perez could have reacted quicker, the goalkeeper could have been at fault for a disastrous opening goal. 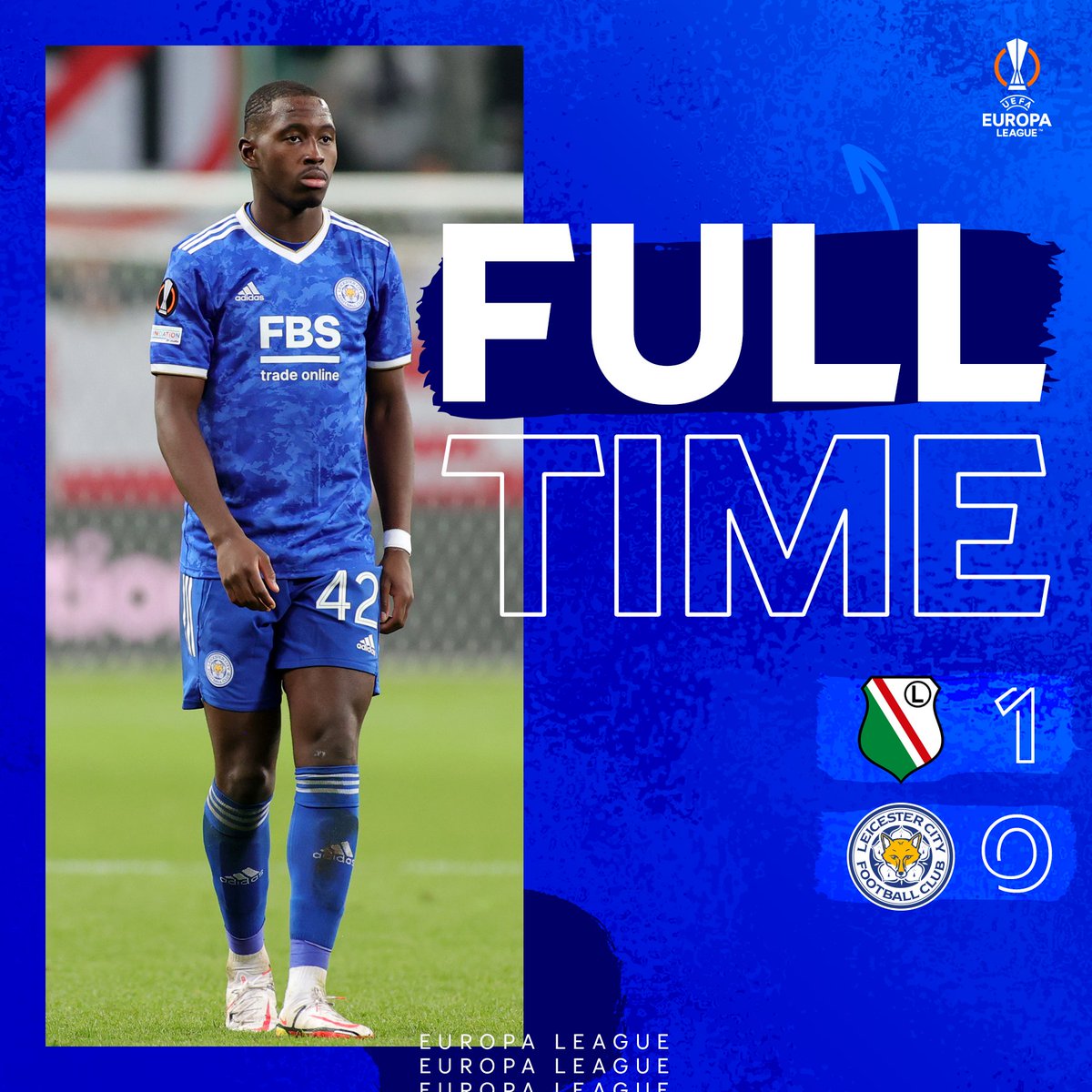 In what was a largely dull half, there was only one side that looked likely to score and it was Legia. The opener came when Mahir Emreli bullied Daniel Amartey off the ball before getting an effort away that went through Jannik Vestergaard and ricocheted off the far post and into the back of the net. It was catastrophic defending from the Foxes as their poor start to the season continued. The away side were able to rally late in the first-half and Ayoze Perez had a great chance to pull them level but his effort was placed wide of the goal, summing up a very poor half.

Leicester enjoyed a better start to the second-half but they were lacking quality in the final third while their opponents continued to look dangerous breaking down the right. Leicester thought they had found the leveller when Vestergaard met a corner with his head but his effort was saved by Miszta before being hooked clear. Leicester pushed late on but it was far too late as they skewered their chances and Legia held on and could’ve extended their lead in the later stages.

Elsewhere, Rangers slipped to their second defeat in the tournament at the hands of Sparta Prague as David Hancko scored the only goal of the game. However, the game was overshadowed by the toxic racist abuse the home crowd, including children towards Rangers’ Finland international Glen Kamara. As we saw when England played in Hungary, the horrific xenophobia actively shown by some eastern Europeans in football is still clearly a huge problem and it is beyond sickening that children are being indoctrinated into this vile culture. Kamara was sent off for a second yellow in the game which was a real shame but he was probably relieved to have come off the pitch and away from the poison that was being thrown at him.